A Celebration of One Year

In 1955, as the first episode of Sam and Friends aired, Jim Henson had no idea of the legacy that was to follow.  He spent the next 30 years building a small empire based on what was once considered an entertainment niche: puppet shows.  But the Muppets' popularity wasn't dependent on the fact that they were puppets.  They were just a representation of the powers of imagination.  Henson capitalized on the human need to create, and for that, he is to be celebrated.

In January 1986, The Muppets: A Celebration of 30 Years aired, presenting a retrospective of Henson's accomplishments over the previous three decades.  The show itself is just a gathering of all of his puppets up until that point, telling the history of the Muppets through clips and montages.  Not much can be done in the way of analysis, for it is a clip show.  But it's interesting to see what was picked out of this large volume of work to represent Henson. 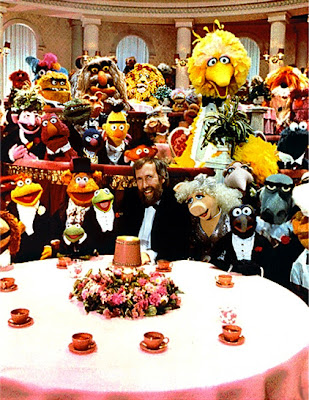 In honor of this blog's one-year anniversary, I have decided to present a retrospective of my own.  I chose Jim Henson as my source of inspiration because he accomplished so much in those 30 years.  Everyday I can find something new to discuss, and I've yet to grow weary of the man.  New characters, forgotten television shows, and epic projects are always waiting to be discovered.

In researching this website's statistics, I have been able to gather what the entire world finds most appealing about Henson's work.  Some posts featuring the more well-known characters fail to find an audience while others featuring random birthday cake puppets seem to garner the most traffic.

So, whether you've recently discovered this blog through the Muppet Central forums (thanks to reader Vincent for spreading the word) or you've been following the blog since day one, I hope you enjoy this look back over the year.

Ranking the Most Popular Henson Movies (That I've Covered So Far)

I was just going to rank most popular posts, but the movie reviews get the biggest amount of traffic.  Usually, the movies that I discussed earlier have more hits than more recent reviews, but since I break each review into five days, the results are more scattered.  So, here are the eight movies I've covered, along with their most popular section.

This was the latest film I reviewed so of course it would be last, yet apparently, everyone was dying to see how it ended, since this post surpassed many of the other earlier movie posts.  Spoiler alert: there is treasure on the island.  Tim Curry and Sam the Eagle should star in more movies together.

7) The Great Muppet Caper
Most Popular Post: Part 4: In the Pig House 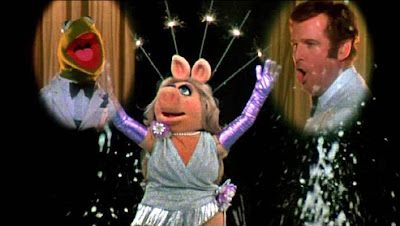 I'm somewhat disappointed that my favorite Muppet movie ranks this low.  But I'm glad everyone recognizes how brilliant "Piggy's Fantasy" is.  Charles Grodin and Miss Piggy should star in more movies together. 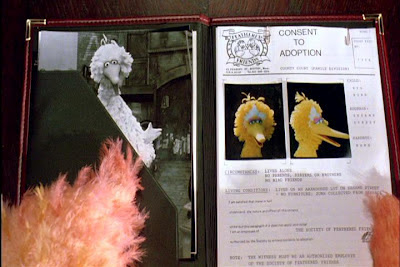 The tale of Big Bird's adoption and subsequent running away from home is straightforward and simple, so it's probably not going to wow anyone with it's narrative.  However, I was sure "Bluebird of Happiness" would be the major selling point of this film.  Dave Thomas and Joe Flaherty should star in more movies together.

As I noted in my review, this is my least favorite of the movies (so far), but I do make a point to describe it's high points while deconstructing it.  I felt this movie had a lot more potential and it struggled to find a focus.  Rizzo the Rat and Gregory Hines should star in more movies together. 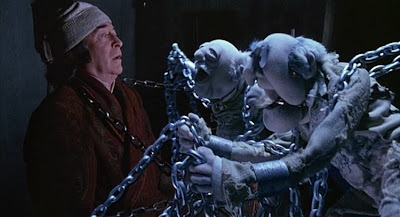 Everyone but me loves Waldorf and Statler as the ghosts of Marley.  Different strokes, I guess.  Michael Caine and anyone else should star in more movies together.

3) The Muppet Movie
Most Popular Post: Part 1: How It All Happened (Approximately) 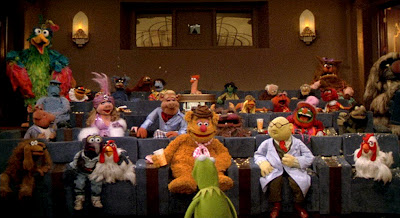 Okay, The Great Muppet Caper may be my favorite, but even I know that this movie should be number one.  Or at least number two.  But, the Internet has spoken.  I'll give everyone the benefit of the doubt and assume they haven't seen it, in which case, they should remedy that as soon as possible.  Every Muppet ever should star in more movies together.

2) The Dark Crystal
Most Popular Post: Part 4: Darkest Before the Storm 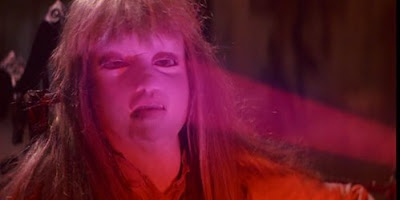 Yes, that is such an unflattering picture to represent the movie, but it's all in good fun.  This was Henson's biggest flop, yet as we can see, it has a huge cult following.  I found the movie to be technically impressive, but the story and characters were too one-dimensional for me to get fully invested.  But, if you enjoy this film, I won't stop you from watching it.  I just hope you can have a sense of humor about it's shortcomings.  Gelflings and Skeksis should star in more movies together.

1) Labyrinth
Most Popular Post: Part 1: Be Careful What You Wish For 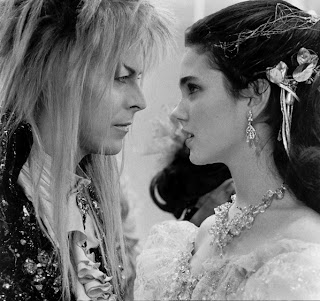 Aside from my number one overall post, this is the most popular post on the blog, which proves that Labyrinth was tailor-made for fanboys and fangirls of the 21st century.  Something about this movie just reeks pure imagination.  It's by no means perfect, yet everyone who has seen it is instantly drawn to it.  It feels like it doesn't even belong on this list of movies because it is so separate from the rest.  David Bowie should star in every movie, period!

(Because otherwise numbers 10, 9, and 2-7 would just be Labyrinth and The Dark Crystal posts.) 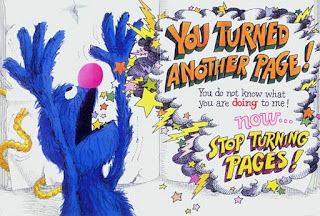 There are hundreds of Muppet-related books, yet one is considered to be a true classic.  Grover's attempts to prevent the reader from reading the book creates a charming and stressful tale that introduces pre-schoolers to postmodern literature before it is inevitably covered in elementary school.

10) (Tied) What Ever Happened to Baby Skeeter?
Topic: Skeeter Many people were just as curious as I was of the mysterious background of Scooter's twin sister who originated in Muppet Babies.  We eventually found her, but what we discovered only raised more questions...

9) The Phantom of the Muppet Theater
Topic: Uncle Deadly 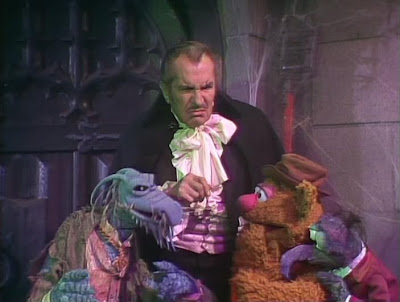 Although I considered him to be a little-known Muppet, this Halloween post suggests that Jerry Nelson's Count wasn't his only vaguely creepy character.  Uncle Deadly is one of my favorite characters, and I am glad that others agree that he is worthy of attention.  Or maybe Vincent Price was just stealing his thunder. 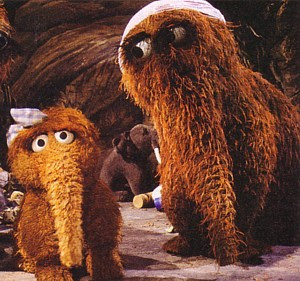 My "Fascinating Species of Sesame Street" posts were a big hit, and I wasn't surprised to see Snuffy fans flock to this post.  It was the next one that confused me... 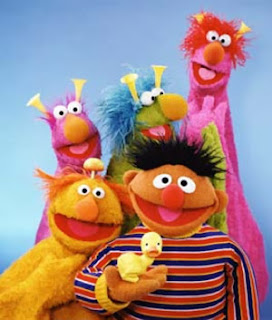 My only explanation for this one is that people were searching for a different kind of "Honkers." 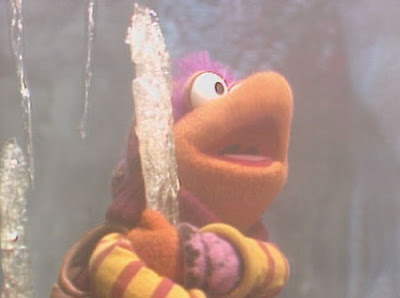 This may be another case of misplaced Google searches, but at least those people arrived at a great Chirstmas episode of Fraggle Rock in which the winter solstice takes center stage and causes everyone to shut down, literally.  Also, Gobo finds enlightenment, which is more than many other Fraggles do around the holidays. Some people want to watch the world burn. 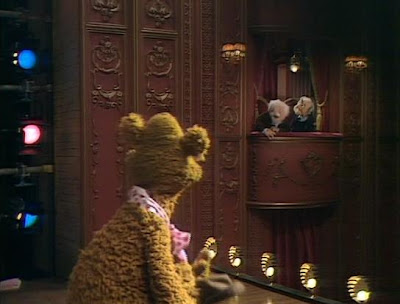 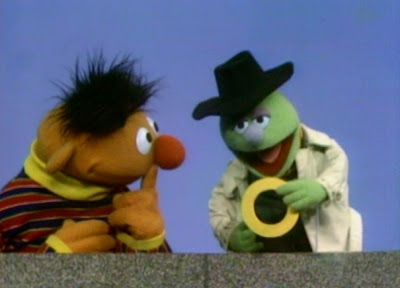 Okay, I think the title of this post is what drew many people to check it out.  They were probably looking for behind-the-scenes gossip about illegal practices among the franchise's merchandise or something and instead they were treated to a long conspiracy theory about the trafficking and abuse of sentient letters in the Sesame Street universe.  I hope they learned their lesson. 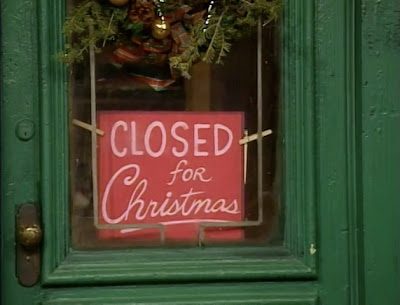 I know Elmo is popular, but I'm surprised that his first Christmas special was such a sought after Sesame Street production.  The whole special focuses on receiving too much of a good thing, but hearing the phrase "Christmas Overload" is still exciting to us. 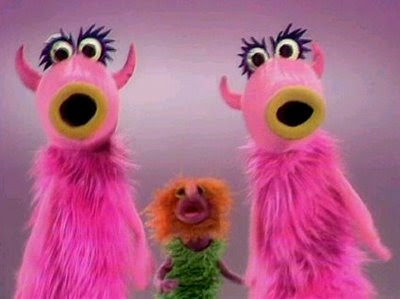 This was my very first post and, thanks to a certain Slate article, the popularity of this post exploded.  No other post even comes close and people continue to search for the meaning of the nonsense phrase to this day.  It just goes to show that this one song captured the essence of Jim Henson so beautifully.  It almost seems as if the rest of this blog is completely redundant.  Almost.

There is still a lot of Henson creations out there.  Just covering Jerry Nelson's own resume of characters proved how one man can make so much happen.

Tomorrow, I shall return to some posts that may have gotten overlooked and then we shall move on from there.  Because there is a much deeper level to explore. 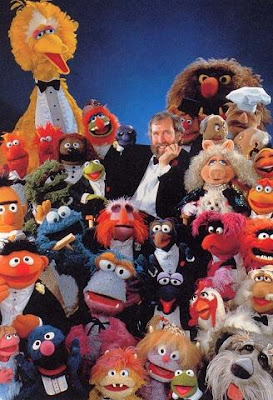 (Also, be sure to check like "A Much Deeper Level" on Facebook so that you can join the discussion, receive updates and participate in polls about who was the worst Twiddlebug.)
Posted by John H. at 10:38 PM

Email ThisBlogThis!Share to TwitterShare to FacebookShare to Pinterest
Labels: jim henson, the muppets: a celebration of 30 years