The Great Muppet Caper, Part 4: In the Pig House

It is now the night of Lady Holiday's fashion show.  Piggy runs around backstage trying to keep things organized, but she cannot escape the leering presence of Nicky, who has become instantly smitten with the hog.  He's sleazy, but he manages to deliver one of the most genuine backhanded compliments ever stated has he professes his attraction to her because she is not like the "attractive" models he usually sees every day.  Despite his scheming, falling for Piggy was not on the menu. 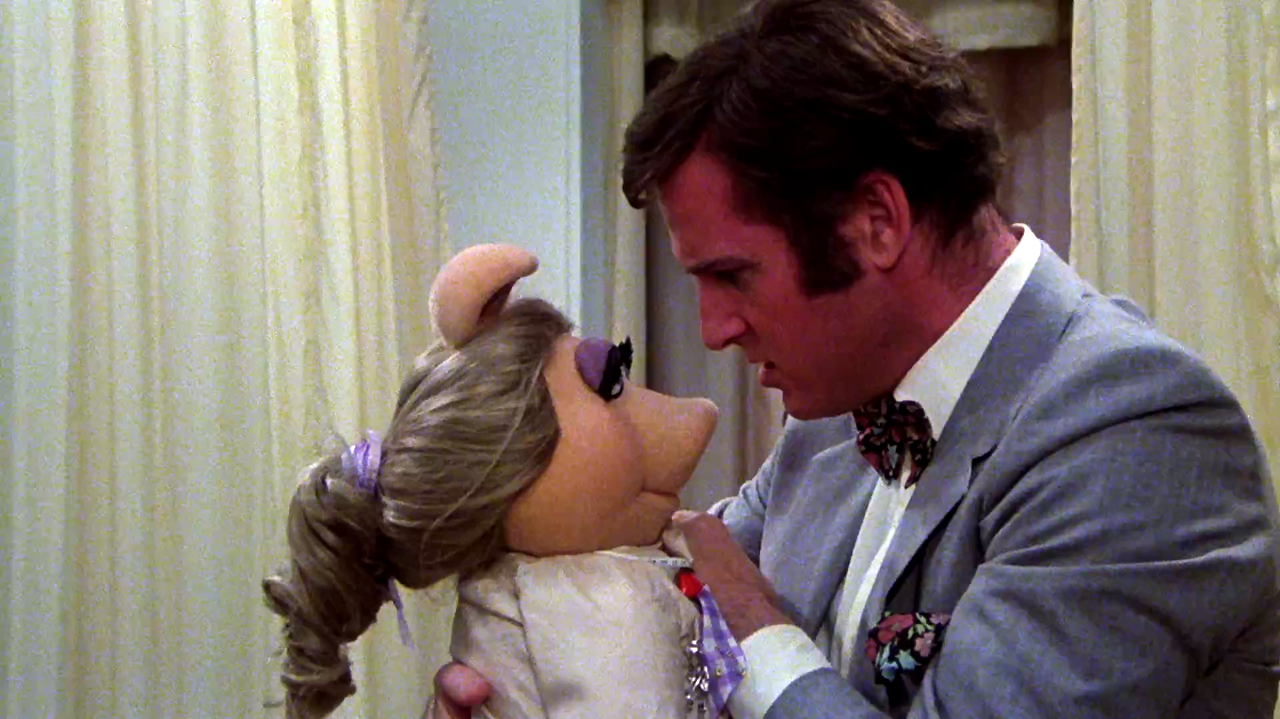 One is lead to believe that Grodin isn't even acting.  He just got caught up in the moment.

It breaks Nicky's heart to go through with the next stage of his crime: framing Piggy for the earlier robberies.  In order to plant the evidence on her person, he has her replace one of the swimsuit models during the middle of the show.  Piggy, over her head with joy, doesn't think twice about the offer to step in and she shocks the crowd and Ms. Holiday as she enters the stage.  Beauty has a new name, and it smells like bacon.

Piggy instantly begins imagining an elaborate fantasy synchronized swimming sequence, all while Nicky croons about her beauty, in the aptly titled "Piggy's Fantasy."


This is another one of Henson's trademark technological feat involving puppetry.  Almost half of the shots involve Piggy being submerged in water as she swims along side the human swimmers.  Some of the shots are easy to figure out (like when she comes out of the water with lit sparklers) but other times the images on screen make less sense the more you think about them.  Again, Henson does not fail to impress. 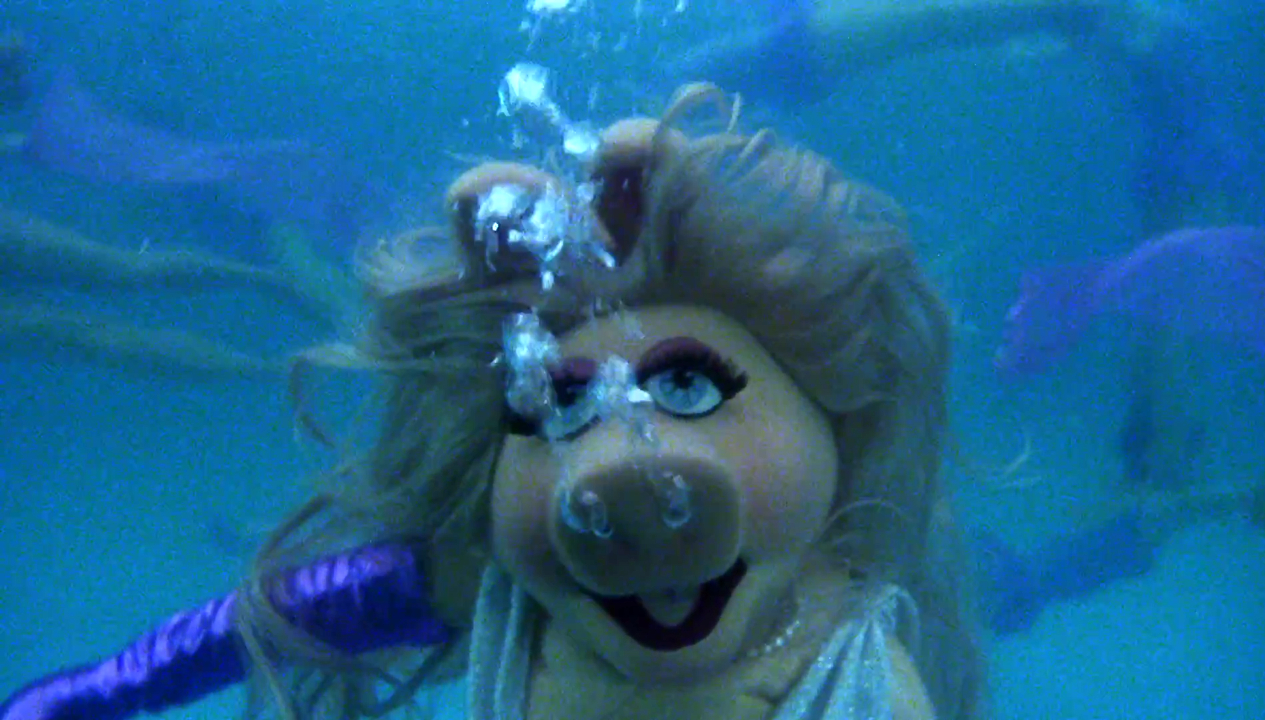 Have you ever submerged a stuffed animal in water?  It's not a pretty sight.

Of course, the piece de resistance is the culmination of all the ridiculous elements of the song, combining for an epic final note as Piggy is serenaded by her two suitors, one of whom is horribly/amazingly dubbed with an operatic voice. 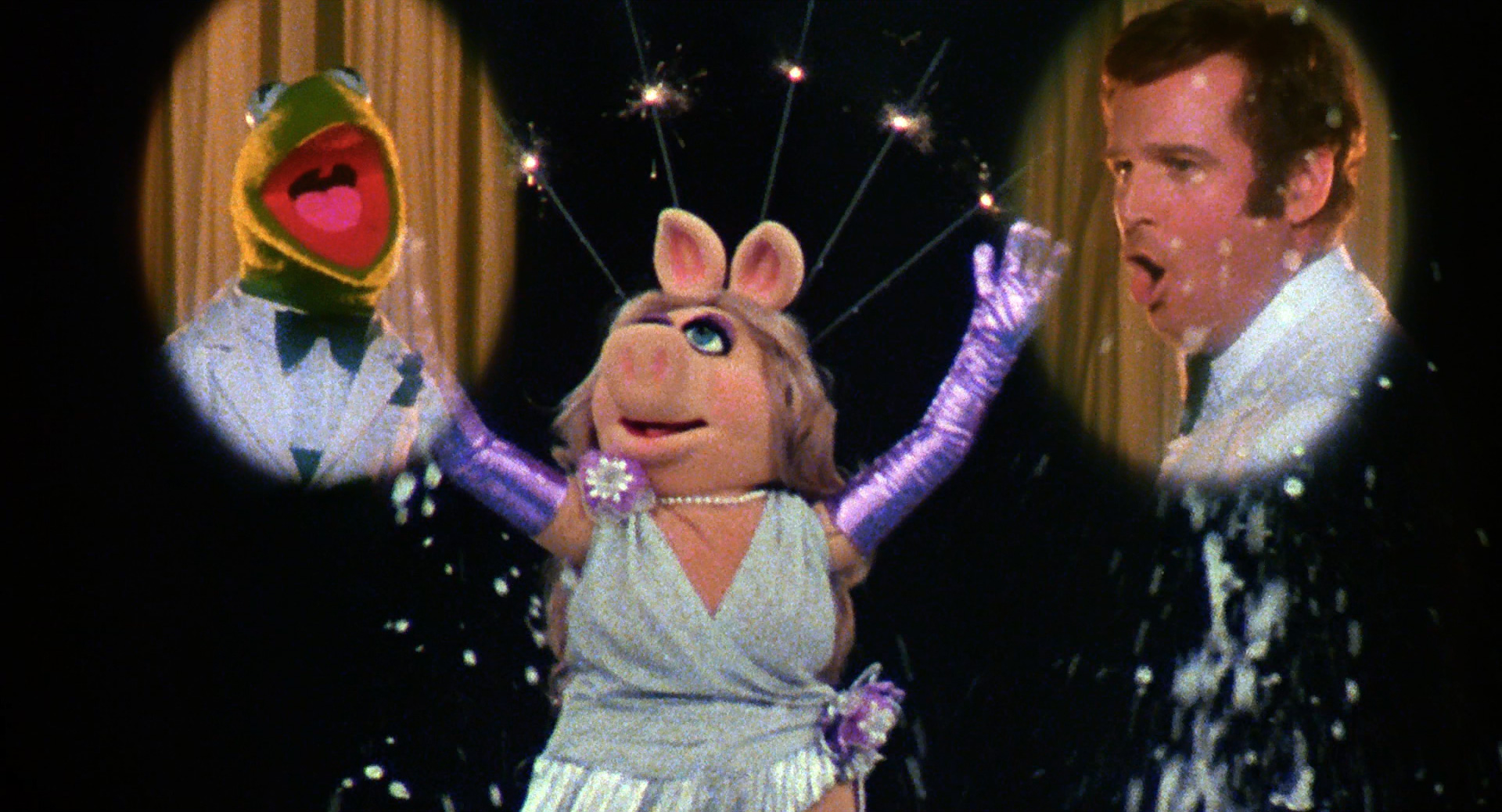 The fantasy ends as Piggy tumbles off the runway into the fountain at the end, snapping her back into reality.  In the confusion, Nicky places the stolen necklace (minus the diamonds) into Piggy's coat, and Piggy is arrested for the robbery.

Kermit and his friends know that Nicky is behind this and decided to hatch a plan to prove Piggy innocent.  Gonzo had overheard Nicky and the models talking about stealing Lady Holiday's famed Baseball Diamond and Kermit decides that they must catch them all in the act.  The Muppets are less than enthused about risking their lives, so Fozzie has to put his foot down in order to deliver the movie's big inspirational speech.  It's the bear's time to shine!


Kermit quickly visits with Miss Piggy in prison to tell her about the plan.  He sneaks in as her lawyer "Mr. Rosenthal," using a disguise fitting of a Muppet movie. 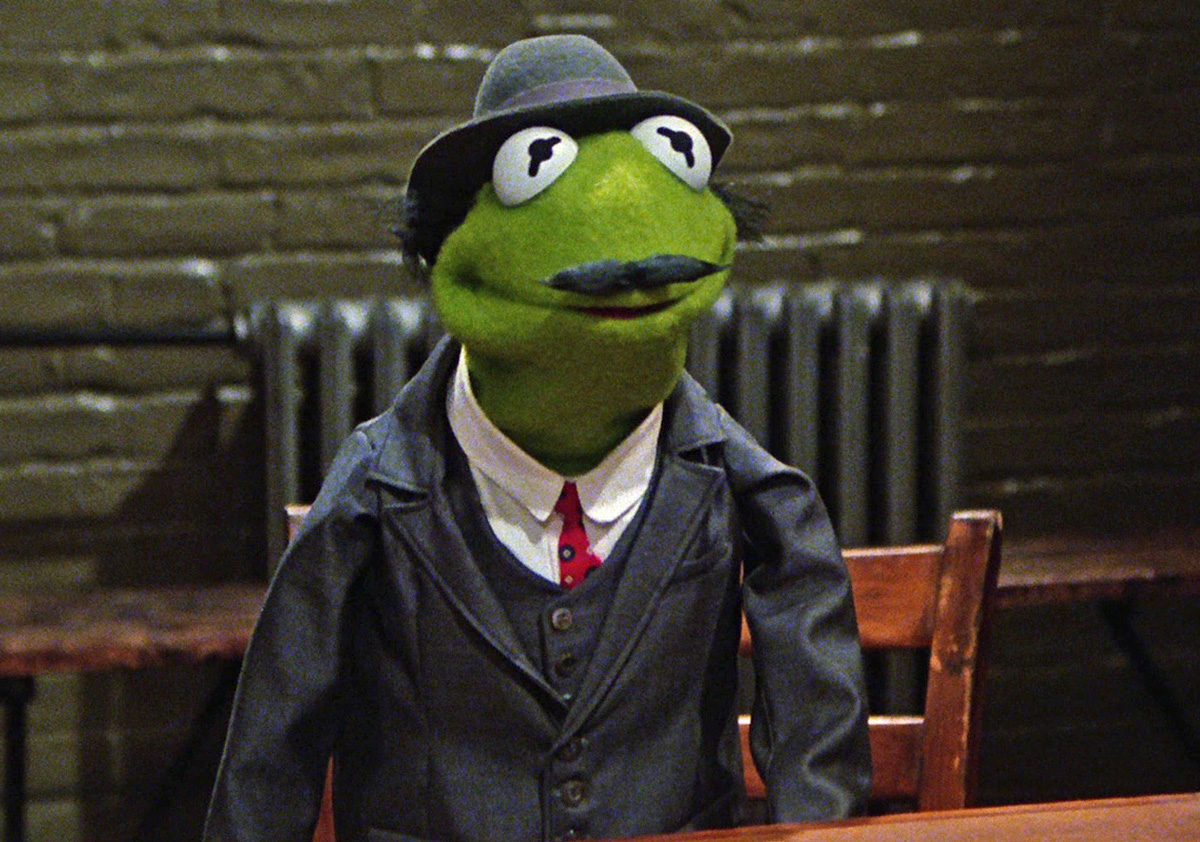 The heroes and villains each prepare for the heist in a montage that emphasizes how out matched the two groups are.  Nicky, despite being a spineless weenie, is armed with expensive gadgets that will allow the heist to run smoothly.  The Muppets only have an assortment of joke items, and even then, most of them have gone missing.  This scene reinforces the idea that two kinds movies are clashing together, and shows that without the Muppets, this could have been a straightforward dramatic thriller.

Piggy, tired of waiting in her cell, gathers her strength to bust out, so that she can join in on the fun, too. 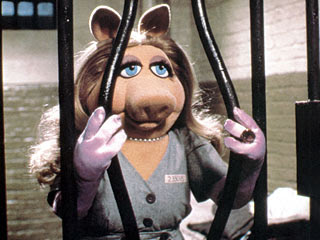 Tomorrow, we conclude with an action-packed finale filled with motorcycles, sports, grouches, and pizza.  Get ready for one great Muppet caper!
Posted by John H. at 6:00 PM