In honor of Earth Day, I wanted to look at Henson's specials that promoted environmentalism.  I hoped to include all of them, but as my research went further and further, I found far too many examples.  Fraggle Rock episodes, such as "The Great Radish Famine" and "The River of Life," are filled with messages promoting care for the eco-system.  Sesame Street got on a huge environmental kick in the '90s, featuring Earth-heavy songs, such as "We Are All Earthlings."  And then it seemed as if every other episode of Dinosaurs was about saving the environment, including the dramatic final episode that showcases the horrible aftermath of an eco-ignorant society.  This is too much to cover in one sitting, so instead I shall focus one one aspect of the Earth that Henson seemed to be the most passionate about: the well-being of frogs. 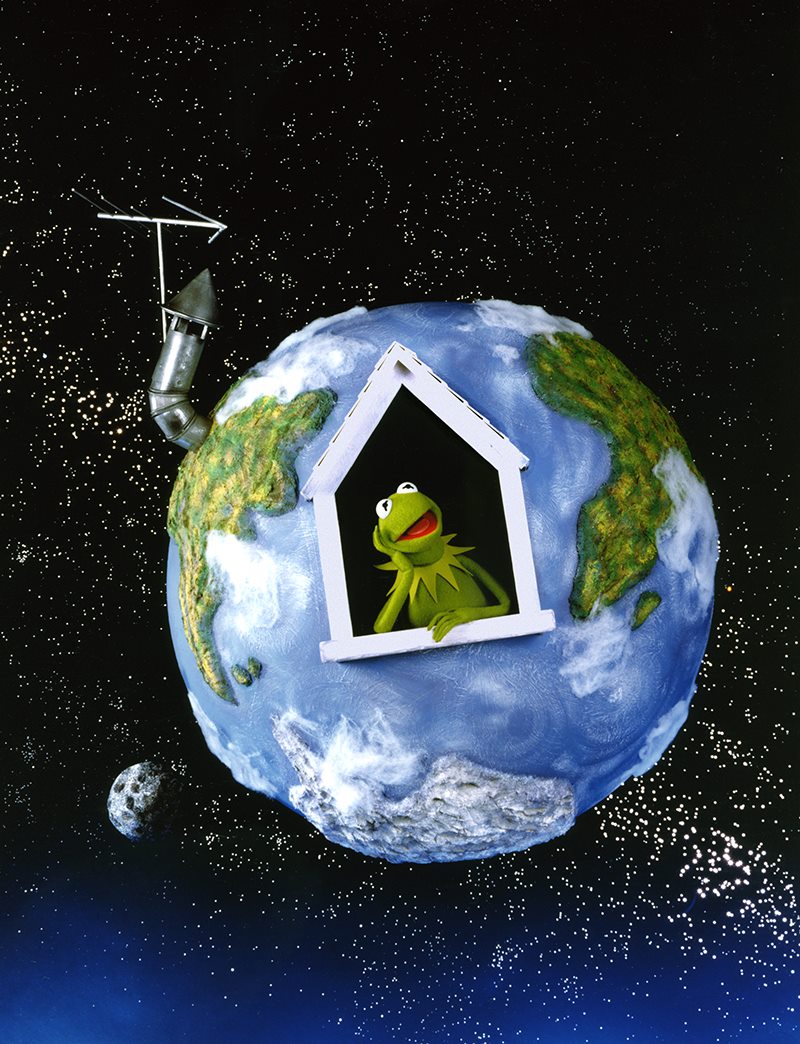 Because the earth is their home too.

In 1990, ABC produced a two-hour special that brought many celebrities together to promote Earth Day.  Many of these appearances were by fictional characters, such as Doogie Howser, Doc Brown, and ET.  So of course, Kermit the Frog made an appearance, and his segment of the show was directed and written by Jim Henson.  Jump to 3:50 in the video below to watch.

Henson uses Kermit, Robin, and a swamp full of frogs to discuss that while most of the special is focused on the benefits of saving the earth for humans, animals like them are also suffering due to pollution.  They point out that human interference has caused their predicament and they have to rely on humans to get them out of their situation, lest they go extinct.

Henson had produced a special that covered the same idea in more detail one year earlier.  It was called The Song of the Cloud Forest and it featured puppets and special effects unlike any that had been seen before in a Muppet production. 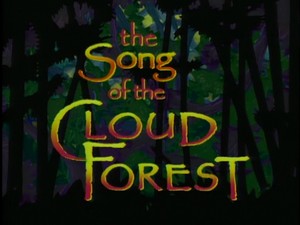 Using the Bunraku technique that places the puppeteer in the background mixed with a green screen, Henson brought a vibrant world to life, as he took us through his rainforest.  The neon colors practically dominate the special, adding a transfixing beauty to the show. 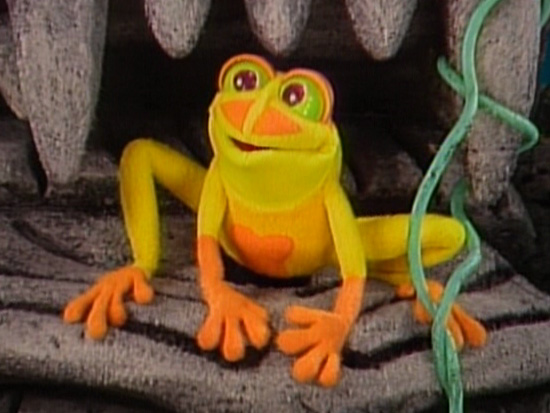 ALL GLORY TO THE HYPNOTOAD!

The story concerns a young Golden Toad named Milton who is the last of his species living in the rainforest.  He knows that it's been a lonely couple of years, but he has know idea that his species is on the verge of extinction.  Everyday, he sings his mating call from his tree to draw a mate closer to him. 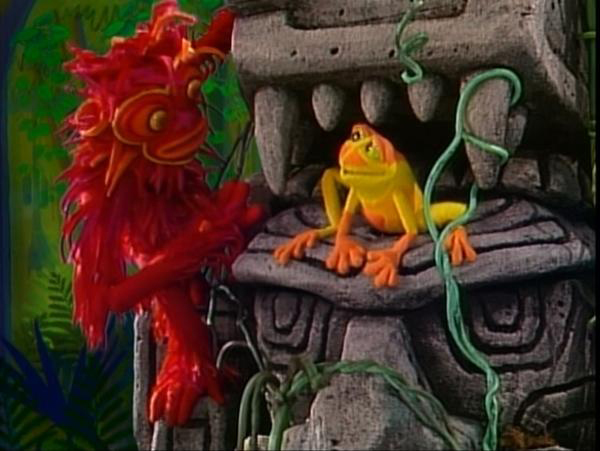 He only succeeds in attracting outrageous looking howler monkeys.

All of the other creatures in the forest worry about Milton, and they grow even more worried when they overhear some humans or "Uprights" who have come to the forest attempting to capture him so they can breed him in captivity with the female they have captured.  Although a female is present, they warn Milton not to sing his song so that he does not get captured. 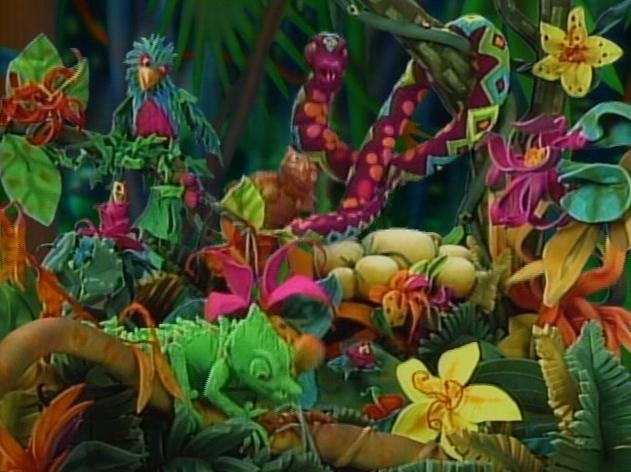 Milton's friends are a colorful bunch.

The gang gets even more fearful when a robin named Ralph who has flown south for the winter, posits his theory that Uprights destroy rainforests so that they can eat all of the plants and animals (he isn't very far off).  This leads to the token nightmare-inducing song of the special, where the animals imaginations run wild. 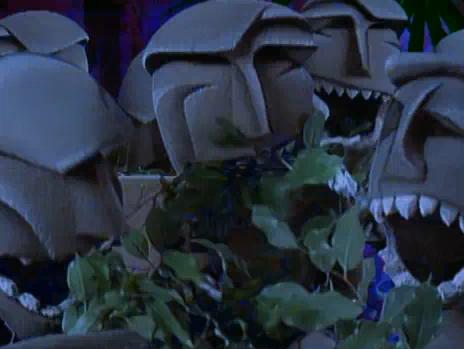 This is how they picture humans, because they have only seen the ancient statues that dot the landscape.

The humans, however, aren't villainous at all.  They feel they are doing the right thing, and when they hear Milton's call, they set up traps all around the forest to capture him.  Milton runs away to the deepest part of the forest, wondering what to do.  If he keeps singing, he'll be captured, but if he doesn't, then he'll never find a mate. 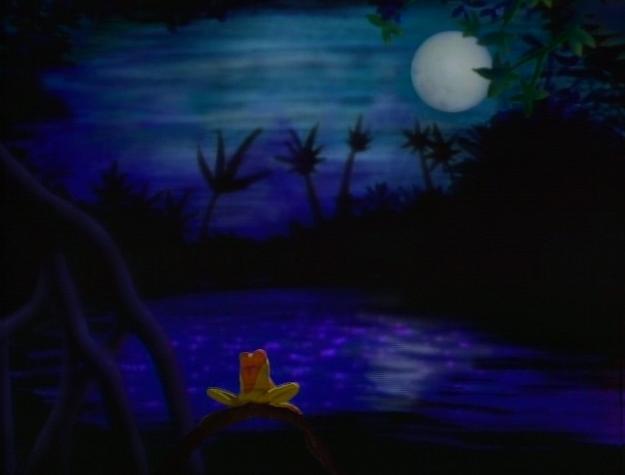 A wise alligator hears his plight and tells him that the humans need to hear his music.  So Milton sings the best mating call he has ever performed as the entire jungle joins him in song.  This manages to convince the humans that they should not interrupt the music and upset the balance of the forest, so they let their female go, so that nature may do its work. 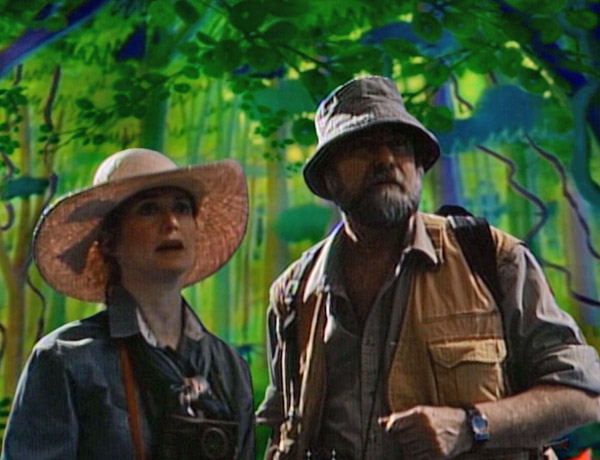 Which is sweet and all, but now the toads are not protected whatsoever.  Oh well, let's go build a mall.

Milton and the female finally meet and set to work filling the forest with frog spawn.  But first, can they get through the awkward first date? 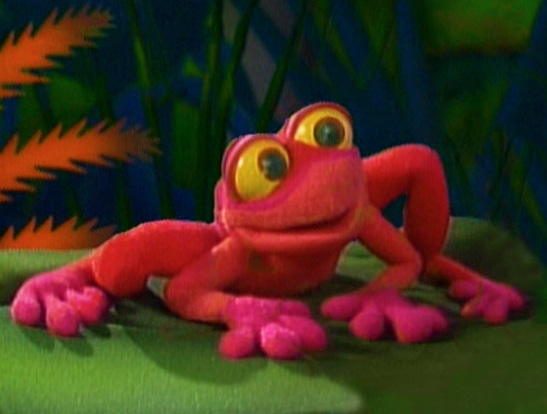 While the show may be sending some mixed messages, it is clear that this was one of Henson's more passionate projects.  The art-direction is amazing (save for some awkward '80s effects) and the story is really sweet.  Dave Golez (Gonzo, Boober Fraggle) plays Milton, so he is able to create a purely sympathetic character with his shy voice, which seems to be his best talent.  It may be hard to say if this special helped save the rainforests in anyway, but at least it was well-received critically.  If there is one thing this special achieved, it was reminding us how beautiful our Earth is.  This is probably the closest he came to showing us how he saw the world every day.
Posted by John H. at 12:40 PM