It's Okay, I'm With the Baby Band

The Muppet Show has booked several bizarre acts.  A few of them became recurring guests, earning their spot in the hearts of fans.  Boomerang-fish-throwing Lew Zealand and Muppaphone-abusing Marvin Suggs still make appearances to this day, having outlived their original one-note jokes.  But there is one act that has almost disappeared, possibly because the act is just so creepy.  Raise your hand if you remember Bobby Benson and his Baby Band. 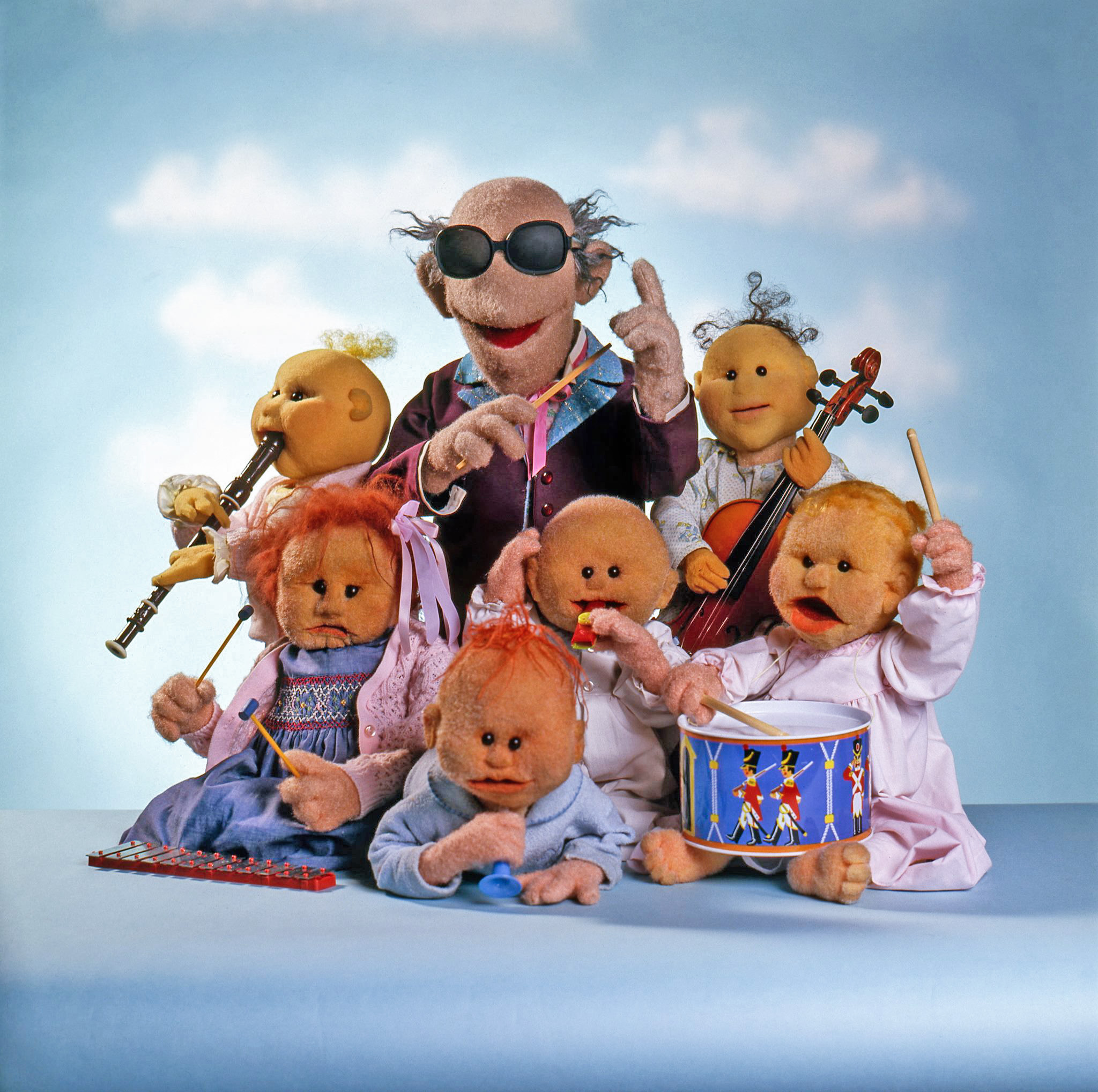 Okay...three of you?  Plus me, that makes four.

In theory, it makes sense that the Muppets would feature a band made entirely of babies.  The have singing groups of animals, food, and senior citizens (Geri and the Atrics).  So musical babies isn't that much of a stretch.  Except, babies can't look out for themselves.  They need a guardian.  And, somebody somewhere, thought it was a good idea to put a sleazy, cigarette-smoking, middle-aged man in charge of the group.  He would lead them as they played with their toy instruments, playing such infant-friendly hits as "Tuxedo Junction" and "Pennsylvania 6-5000."


It was never explained where Bobby and the babies came from.  Are the babies all related?  Are any of them his offspring?  Or is this just a commentary on stage-parents trying to get their children into showbiz at such an early age, ignoring the emotional scarring that will inevitably befall them?

This is almost as disturbing as Toddlers & Tiaras and Dance Moms

Benson himself was the shiftiest character to come out of the Muppet workshop.  He rarely spoke, but he was always present.  The rendition of Paul Simon's "Baby Driver" involves him just sitting in the baby carriage with his musicians.  Even for The Muppet Show, that's just weird.

There was only one episode of the series that decided to focus on the Baby Band, and it just raised more questions than it answered.  The main plot of "Episode 405: Victor Borge" was supposed to show how poorly Miss Piggy would be as a mother when she had to babysit all of the babies at once.  And why did she have to babysit them that day?  Because at the start of the episode, Bobby Benson gets ARRESTED!  It is never explained what he was arrested for, as he remains perfectly calm about the whole situation, as if he knew it was coming.  But at least the babies were saved, right?  No, he manages to return for the big musical finale, with nary an explanation.

Did he escape?  Was he innocent?  Hard to say.  All Benson ever says is "I know, I know" in response to whatever people say to him.  It's such a strange catchphrase, that hints at even more sinister activities. 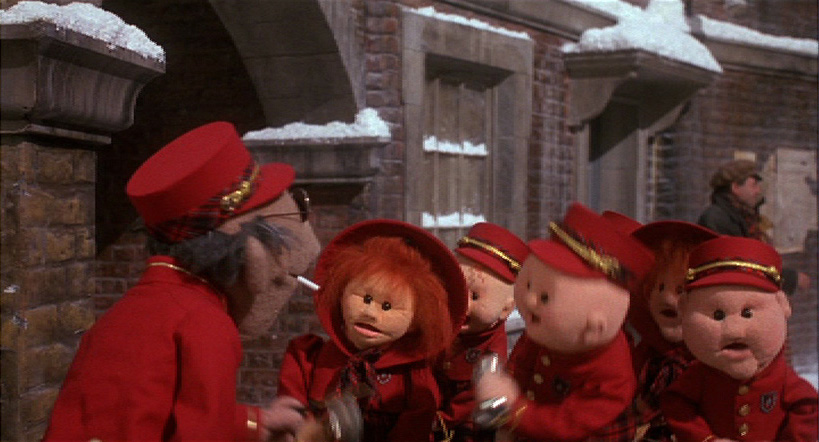 Here they are in London, circa 1840.  Do you think these are the same group of babies?
Does he have to replenish and replace band members every year?

Benson and his babies would continue to make background appearances in the movies and later specials, but the creators have decided to keep his past a mystery.  The babies always seem to be in good health and spirits.  But still, I would at least like to know where these babies parents are.  At least then we can be sure that one of our beloved Muppets is not a kidnapper, murderer, or worse.  Being a talent manager is bad enough.
Posted by John H. at 8:14 PM