If there is one Sesame Street character that got the short﻿ end of the straw, it would be the aptly-named Little Bird. 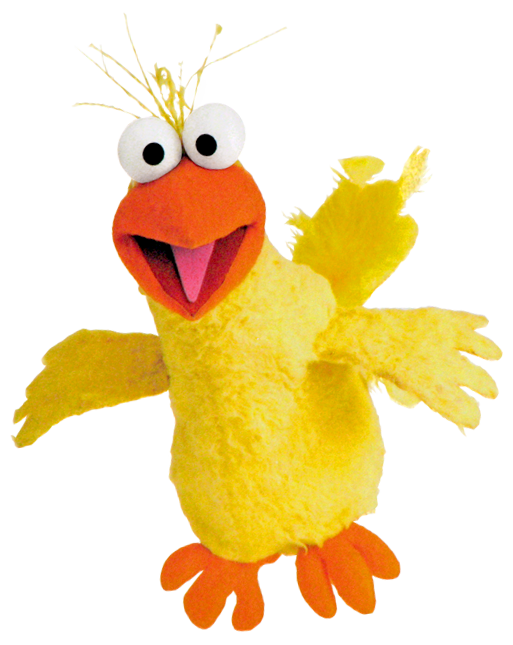 Remember me?  That's okay...so have the producers.

Those who remember this character will recall that he was supposed to be Big Bird's best friend and counterpart.  He has been with the show since the beginning, but, unlike his companions (Cookie Monster, Grover, Oscar, Bert, and Ernie﻿), his presence on the show has decreased significantly.

The inclusion of a character such as this makes sense.  Big Bird was the lead character, so what better way to teach kids the difference between "big" and "little," than by explicitly using a character who is the opposite of Big Bird.  Even though Big Bird's point was that he was a giant version of a tiny creature, it didn't help to reinforce the difference.  Rather than make a new puppet, Henson reused a puppet that he voiced who was the mascot for a series of advertisments for the toy brand Kenner (makers of Easy Bake Ovens).

The bird didn't really have much of a personality, outside of his excitable frenzy over Knner-brand products.  But he was a small, yellow bird, and, therefore, perfect for the role on Sesame Street. 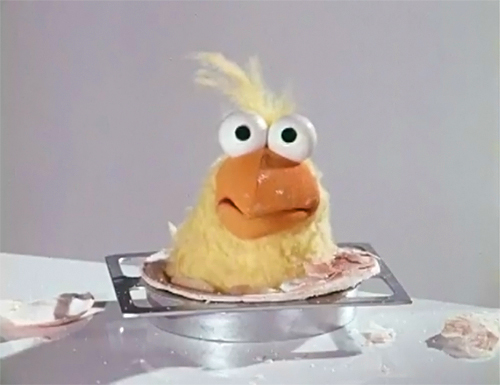 The children's show gig would be a lot safer.

Henson continued to voice the bird in his first appearance on the show.  This is where Big Bird and Little Bird would meet, in an origin story that would cement the two as an unforgettable fictional duo, like Holmes and Watson.  Since early Big Bird was depcited as very dopey, Little Bird would be smart.  Unfortunately, he came off as rude and sarcastic.  Nonetheless, Big Bird announced that the two would remain best friends forever.

Over time, Big Bird's personality developed into one that was more childlike and endearing.  Little Bird changed as well, becoming more supportive.  Ownership of the puppet transfered from Henson to Fran Brill, who gave the bird a sweeter voice, fitting to the new nature of the character.  But, outside of the initial "big/little" lesson, there wasn't much else for Little Bird to do.  So Little Bird began to appear in his own segments, interacting directly with the children at home.  Like an early Dora the Explorer, Little Bird was able to keep children engrossed in a conversation with their TV screens.  Little Bird's most famous lesson about imagination manages to get away with having children watch a silent, black screen for an extended period of time.  How amazingly progressive for a TV show.


As you can see by the end of the sktech, Little Bird's new shtick would involve scary run ins with larger monsters.  While most little Muppets would find themselves on Muppet monsters dinner plates, Little Bird only had to deal with personal bubble invasions.


Unfortunately, the show around Litttle Bird grew too fast for the bird to handle.  Big Bird's optimistic infantile attitude became better suited for interactions with the intelligent and pessimistic Oscar the Grouch.  The human adults would teach Big Bird his lessons.  And he would gain a new best friend by the name of Snuffleupagus.  Also, the monsters that once tormented Little Bird were established as genial creatures that wished him no harm, so there was no need for scary encounters.  Little Bird's role became reduced to minor appearances that required a bird to fly by, and eventually he only appeared in the merchandise. 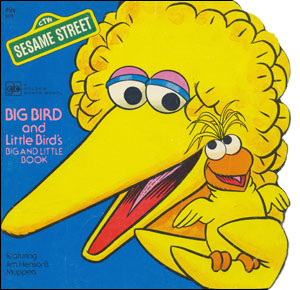 Where the concept of size differences could reach a more literary audience.﻿

Such is the fate of the tiny character.  He was brought in to be a permanent star, but he faded quickly.  The bird hasn't appeared on the show for over a decade now and there are no signs of his return.  Sesame Street has taught us many lessons, but the harshest one of all is that nothing, not even friendship, lasts forever. 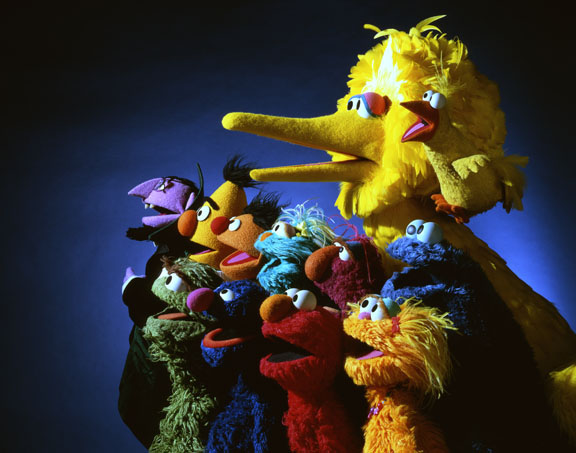 Always remember the little people who helped you get to where you are today.
Posted by John H. at 9:16 PM