If you know your Christmas history, then you are aware that the birth of Christ and December 25th do not exactly match up.  The December date was chosen as a way to take advantage of the pagan winter solstice celebrations occurring at the end of the year anyway.  With so many feasts and parties going on, this was the high point of the year, a great time for our biggest holiday to be celebrated.  But why were these events even happening in the first place?

As Uncle Traveling Matt observes, we partake in some very silly habits on Christmas Eve.
The winter solstice marks the beginning of the snowy season with the shortest and darkest day of the year (in the northern hemisphere, at least).  Because the freezing cold temperatures and prolonged lack of sunlight make for an unpleasant time, many cultures decided to mark the day with a celebration, filled with lots of food and mythical gift-giving characters to raise everyone's spirits.  The end of the year became a time to look forward to, rather than reluctantly endure.  It was as if everybody decided to ignore Mother Nature's annual season of misery.

In Fraggle Rock's only holiday special "The Bells of Fraggle Rock," Doc prepares his home for Christmas by embracing the traditions of other cultures.  He introduces these various customs by teaching his dog Sprocket about the winter solstice.

It's December 21st! Time to break out the piñata!
Down in Fraggle Rock, the Fraggles have their own holiday associated with the beginning of winter known as "The Festival of the Bells."  According to tradition, there lies a Great Bell at the center of the rock that must be rung to prevent the rock from freezing completely.  In order to awaken the Great Bell, all Fraggles must ring their own personal bells.  As with all of these events, games, dances, songs and giant meals accompany the festival, making the time very merry indeed.

Finally, a chance for the Fraggles to sing and play!
But Gobo Fraggle (Jerry Nelson), after some deep thinking, surmises that there is no point to all of these silly traditions.  Every year they ring their bells and every year nothing changes.  It still gets cold, it still gets dark, he still never hears the Great Bell and his spirit drops.  He recognizes that people enjoy this day, but as he gets older, the fun has been drained from this once festive occasion.  He tries to convince his friends that all of their ringing is for naught, as no one has actually seen the Great Bell in person, and it most likely is just a myth and nothing more.

When the wise minstrel Cantus (Jim Henson) comes to officiate the bell-ringing ceremonies, Gobo tries to ask his faith-shaking questions about the holiday but receives only metaphors and vague responses.  Frustrated, he leaves the ceremony, using an old map of the Fraggle Rock tunnels to locate the Great Bell.  If no one else will answer his questions, he will discover the truth by himself. 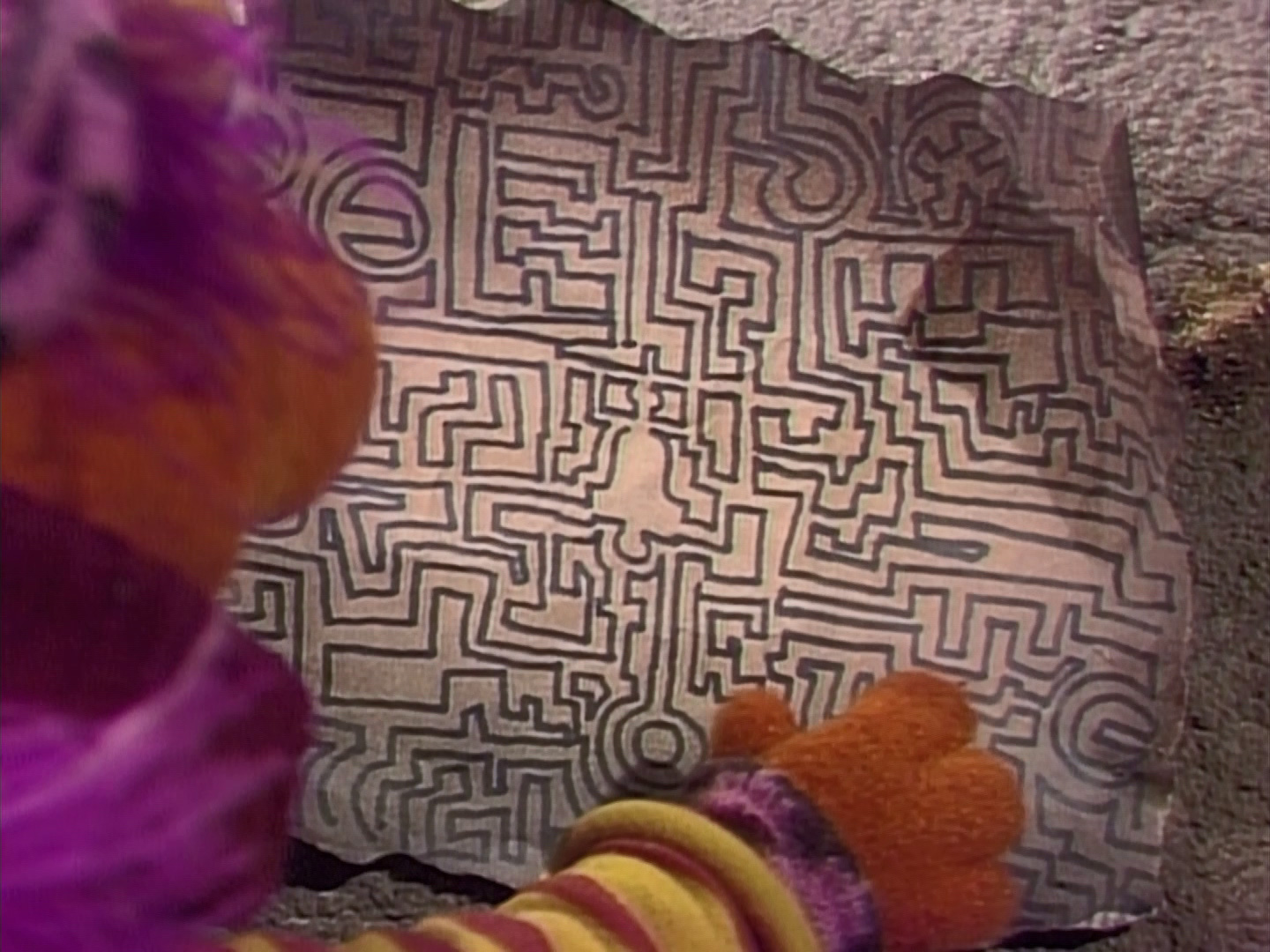 His best bet would be to start with that bell shaped camber in the center of the rock.
Gobo's friends plead with Cantus to bring their friend back from his quest, agreeing to put the festival on hold until they both return.  Despite the fact that the temperature is dropping rapidly, Cantus sets forth to retrieve Gobo. And with a confusing array of lyrical dialogue, he is off!
Eventually, he catches up with him just as Gobo discovers the door to the center chamber.  Cantus warns Gobo that by opening the door, he may not be prepared for what he finds and that it is best to turn back.  However, Gobo proceeds, for he needs to know the truth.
THERE ARE MAJOR SPOILERS AHEAD FOR THOSE WHO BELIEVE IN THE GREAT BELL AND WOULD RATHER RELY ON THEIR OWN FAITH FOR THE ANSWER. The Path to Enlightenment
Gobo opens the door, heads inside, and discovers that the chamber is completely empty!  The Great Bell does not exist and it never has!  Centuries of legend destroyed in an instant! 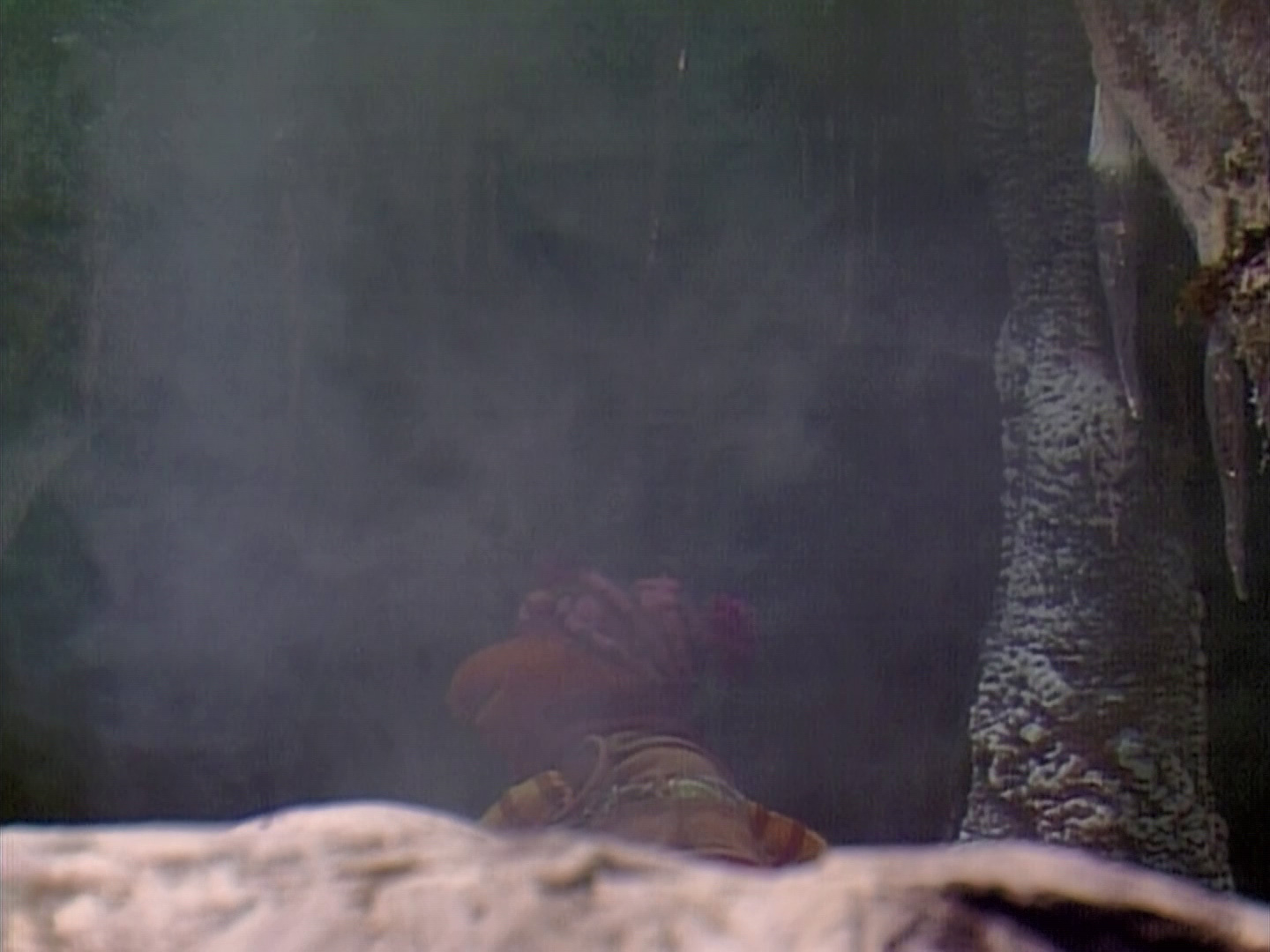 Life is meaningless.
Wise Cantus leads Gobo back to his family, trying to explain what he just saw.  So it's true, there is no Great Bell.  So what?  Every year, the rock keeps thriving.  People keep living and they stay happy.  Even if there is no Great Bell to keep everyone safe, people can still look out for each other and make their own meanings in life.  The world's answers are not going to lie behind some door.  Some things will forever be a mystery to us.  It is better to accept it and embrace the life that you have.
Gobo resigns to this fate and sadly returns home.  Unfortunately, home is not the same as it once was.  With the Festival of the Bells postponed, the great freeze did indeed come, freezing everyone solid!

It's just as creepy as the ending of The Shining.
How could this be?  Gobo just learned that there was never a Great Bell to prevent a freeze like this.  How could it suddenly happen?  It then dawns on Gobo that no one rang their own bells.  By staying put and not moving, the freeze was able to take over.  It is the act of ringing the bells that keeps the rock warm enough to survive the cold.  There is a Great Bell at the center of the rock!  Gobo unleashes his own Great Bell to help revive everyone once and for all.

Life has returned with a warming glow.
It is not every children's Christmas special that deals with such a complicated topic as the lack of faith.  Yet, it is exactly what many people experience during the winter holidays (and was, in fact, the reason these holidays were invented in the first place).  There may not be some great metaphysical reason behind our celebrations, but as humans, we have chosen to observe them for a valuable purpose.  Winter is the season of death.  Plants die, food becomes scarce, and life becomes difficult.  Without our annual pick-me-up encouraging us to stay close together, our species may not have survived as long as it has.
When the world is at it's coldest, we supply the warmth.
Posted by John H. at 9:27 PM