Last year, as part of my Christmas specials retrospective, I provided a fairly in-depth review of The Christmas Toy.  I was afraid of repeating myself as a re-watched the special this year, but, much like the message of the show, there is still life in the old and forgotten.  The story centers around a toy tiger named Rugby who fancied himself to be the best toy in the children's playroom due to being the big Christmas gift last year.  As the next Christmas approaches, Rugby must learn that as time passes, the new becomes the old.  His time in the spotlight will soon be at an end.
Like Rugby, my first review is now a year old, but I shall pull it out again this Christmas to see if my interpretations still remain relevant.  Old material will be in italics to keep things organized.  And now, The Christmas Toy, again!
(The version I watched last year was a home-recorded tape that was uploaded to YouTube.  This year, I watched the DVD version that is available on Netflix Instant.  The major differences are that the Kermit the Frog introduction is cut out, as are the commercials/sponsorship with Kraft Cheese.  But at least the picture and sound and editing fares a lot better.) 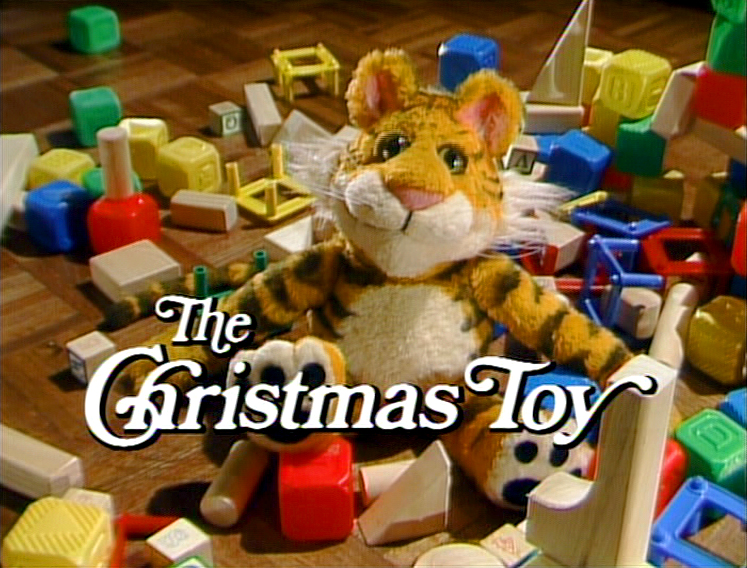 Now with better video quality!
It's Christmas Eve, and the toys in the Jones family playroom are preparing for the arrival of new toys. However, Rugby, a stuffed tiger, doesn't quite understand what Christmas means. He was the big present at last year's Christmas, and became the children's favorite toy. He thinks that Christmas is a day to celebrate him, so he plans to sneak back under the Christmas tree with the rest of the presents so that the children can open him out of his box again. The rest of the toys band together to get Rugby back to the playroom before Christmas morning. Not only do they want to spare him is inevitable disappointment, but it's crucial to save his life.

And within 5 minutes, the tone is immediately darker than your average Christmas special.
For as rare as this Christmas special is, I was initially let down by the production quality. The actors who play the human family are extremely wooden, the dialogue was very weak, and the storyline wasn't very engaging. In Toy Story, the rules of how the toys live aren't explained, we just accept what we see, and learn things along the way. In The Christmas Toy, half of the dialogue is exposition. Characters say things like "It's a good thing us toys can't feel pain." Who talks like that? All of the toys behave like children, which is understandable since they live in a children's playroom, but it gets annoying when they all state the obvious and need the rules of their world explained to them. 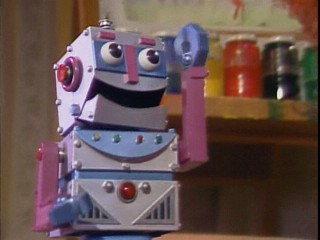 Includes 2 AA batteries, movable parts, and the ability to dispense exposition at the push of a button!
What Henson does best is that he makes fully realized worlds and creates ways to make puppets come alive. In the playroom, there are so many toys moving and walking around, it's amazing to believe that no computer trickery created this effect. It's not a cartoon, it's real.
Allow me to expand on this for a bit.  The design that went into each character is incredible.  Toys, large and small, are uniquely crafted so that they look "realistic" when they come to life.  A few look like simple hand puppets, but the smaller ones incorporate sophisticated technology to allow their mouths and limbs to move.  Ed Christie, a puppet designer, has cited Belmont the Horse as one of his greatest creations, due to the combination of foam and gears to recreate a commonly seen children's toy. 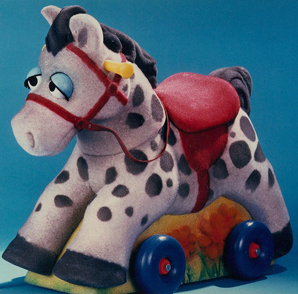 And the kids can actually ride on him too!
Even more surprising is the near constant presence of a floor.  In every Muppet production, there must be some way to conceal the puppeteers.  But in this show, there are many shots showing the puppets walking (or rolling) around the floor and talking at the same time.  I try not to think too much about how these effects are accomplished for I don't want to lose the magic.

It's the 20th Century, puppets can walk now.
All of the toys are owned by the two Jones children, except for Mew, a little catnip mouse. None of the toys respect him because he smells bad and isn't "a real toy." So when Rugby sets off on his journey, Mew is the only one who supports him, because he too doesn't know what really happens at Christmas. Being the only toy who has been out of the playroom (via the cat's mouth), Mew helps Rugby to make sure he makes it downstairs without being frozen. And all the while, Rugby still treats him terribly. Then, after all of the toys convince Rugby to come back to the playroom, and you think the special is over, Mew gets frozen! All he wanted to do was fit in, and he suffers for it. During the whole special, there are corny jokes and cheesy dialogue, yet the foreboding presence of death looms in the background. I feel this special would have been amazing if they trimmed it by half, taking out the unnecessary exposition and focused more on the relationship of Rugby and Mew. That's where the true core of the story lies.

I knew the story before watching the special, so nothing surprised me, even the dramatic turn of events. I was ready to call the whole thing a dud, but then this moment redeemed the whole special for me. Rugby approaches the frozen Mew and sings a song called "Old Friend." It's a very simple song with obvious lyrics about friendship and love, yet it seems so pure the way he sings it. He realizes too late how much he cared for this toy. Mew's death didn't get to me, but the song certainly did.

Old toys, new friends.  Each one is a gift.  Don't take them for granted.
A year later, there is one aspect of the special I wish I had mentioned.  I cut out the section of my review that compared this to Toy Story in depth because the similarities are so numerous I do not need to point them all out.  But I'm surprised I failed to mention the importance of one other character.  I was so focused on the relationship between Rugby and Mew, that I ignored another key player: Apple.

Forever alone.
This redheaded doll was originally in Rugby's position, tossed aside as soon as he entered the picture.  She knows the pain of being dumped by those who love you the most and swore they would never forget her.  The ongoing march of time inherently reminds us that there will come a point where everything will be forgotten.  Despite our best intentions, our greatest devotions will cease to be.  Apple learned this and, while hurt, she did not put much weight on the situation.  She used her premature replacement as the primary source of joy to forge new relationships while still being their for her child when she needed her the most.
It is for love that we make sacrifices.  To place ourselves in discomfort or danger to protect those we care about.  Mew sacrificed himself to help a new friend, while Apple sacrifices herself every day, to help an old one.  Although there is no life in a toy, we associate our cherished childhood possessions with having a soul.  It does not matter that their eyes are made of plastic or cotton.  They have eyes and when you look into a toys eyes, you can remember all the times you played with them, all of the adventures you imagined, all of the memories you share.
The toys hold on to these memories for you and never let go.  When we lose a toy, we do not cry for the monetary value that is lost with it.  We cry for the displacement of our memories.  They are extensions of ourselves, keeping our thoughts organized.
As you grow, you may grow tired of many things.  You play with your toys less often and soon not at all.  But every once in a while, it does not hurt to retrieve your old friends from wherever you stored them away.
They are waiting for you.  And they will continue to wait for you.  Year after year. 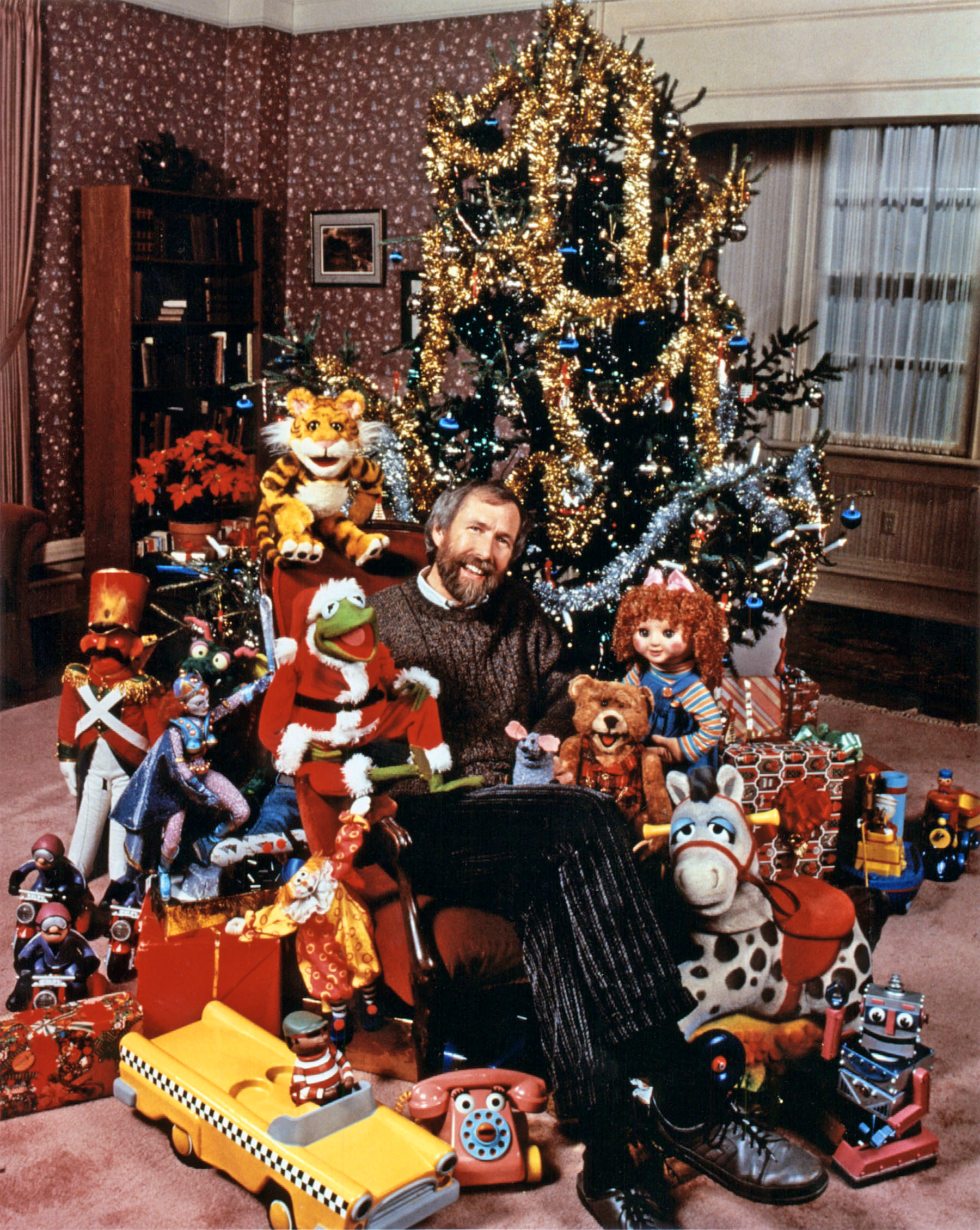