Every Muppeteer has their signature Muppet.  Jim has Kermit, Frank has Miss Piggy, Richard has Scooter, and Dave has Gonzo.  But who does Jerry have?

Jerry Nelson had one of the longest careers of any Muppet performer, so he's amassed quite a few characters over the years.  With over 250 characters on his resume, it's going to be difficult choosing one Muppet that represented the man. 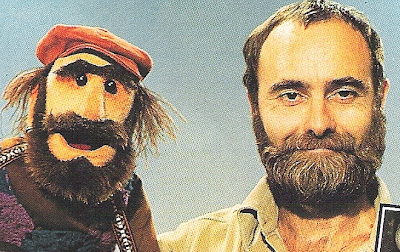 The character that most people are going to recognize is Count von Count.  Sesame Street deals primarily with letters and numbers and, for over half of the current American population, this kindly lavender vampire is the person who taught us how to count. 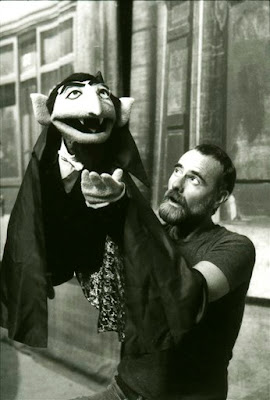 At a young age, we are taught that math is scary.

And while this is an important service and instantly recognizable character, the Count never developed beyond his main trait.  Nelson was impersonating Bela Lugosi's Dracula, and while he made the character his own, he was not able to bring much depth to the pre-established role.

Besides, the Count wasn't from The Muppet Show.  Nelson's biggest role on that show would have to be Sgt. Floyd Pepper, lead singer and bassist for the Electric Mayhem.  This cool hip cat is exactly the laid-back type of person Nelson could identify with. 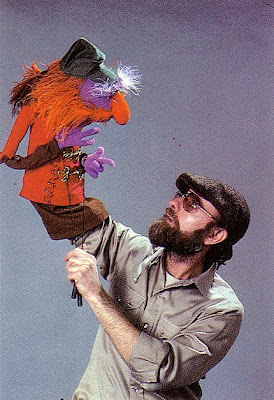 They even have the same hat!

And Floyd is a great character.  But signature?  Well, it's hard to imagine Floyd outside the context of the Electric Mayhem.  Frank Oz's Animal was able to break free and become a memorable icon in his own right, but Floyd is forever a musician, and he sticks with the band.  We're going to have to look elsewhere...

How about down in Fraggle Rock?  Here, Jerry Nelson had the lead role with the courageous and adventurous Gobo Fraggle.  This was the character that sought the answers to life's greatest mysteries and grew to be a better person because of them.  Everyone in Fraggle Rock looked up to Gobo as a leader, and it gave Nelson a chance to shine! 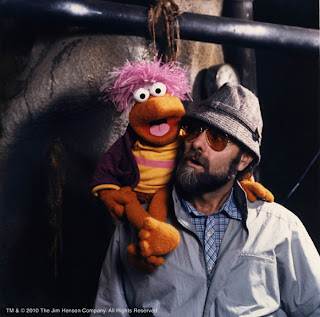 The two most pleasant people under the earth.

Although, as great as it was, Fraggle Rock did not have as large an impact on our collective consciousness as the other Muppet productions.  The polite Canadian-accented Gobo Fraggle is a wonderful, well-developed character for a children's show.  If only more people knew that Fraggles existed...

It seems as if Nelson was most skilled at playing the meek and small, since it played to his sense of playfulness when it came to exploring the giant world around him.  And as far as Muppet's go, they don't get any littler than Robin the Frog.  Kermit's nephew may feel limited by his size, but his heart is big enough to make up for his shortcomings.  He can see the beauty in life, no matter what. 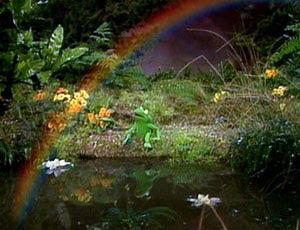 Kermit isn't the only frog singing about rainbows.

I'm almost content to settle on Robin as being the best character to represent Jerry Nelson, but then more voices keep popping up.  What about Emmet Otter?  What about Herry Monster?  What about Camilla the Chicken?  What about Frazzle or Sherlock Hemlock or the Amazing Mumford or Biff the construction worker or Grover's perpetual victim Mr. Johnson or the Two-Headed Monster's right head?  What about Pops or Louis Kazagger or Crazy Harry or Dr. Julius Strangepork or Uncle Deadly or Lew Zealand or the indispensable Female Koozebanean Creature?  What about Scred or Majory the Trash Heap or Balthazar the Teddy Bear or the Emperor Skeksis from The Dark Crystal?

AND WHAT ABOUT THOG?! 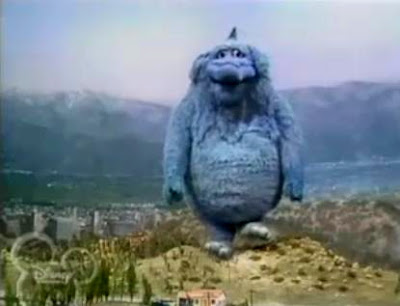 Don't you forget about me.

This list will go on forever.  There are so many great characters that Nelson has brought to life that it would be wrong to pick just one.  These are all Jerry Nelson.  Each of these characters, whether it be Floyd or Gobo or the Count or Robin, belong with the group they are associated with.  You can't take them on their own because they are essential to the ensemble.

Without Jerry, an entire population of characters would not exist.  Nelson was a vital part of the Muppet group and a crucial part of our lives, whether we realized it or not.  May he rest in peace.