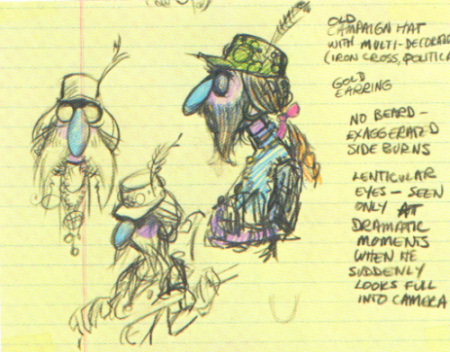 Original Floyd concept art
Performed by Jerry Nelson, Sgt. Floyd Pepper was often used as the voice of the Electric Mayhem.  He took lead vocals on most songs and would voice any complaints and requests the band would have.  Although is name and appearance drew inspiration from the Beatles' "Sgt. Pepper's Lonely Hearts Club Band" and Pink Floyd, his attitude and voice had mellow, urban American feel as opposed to his British influence.  Nelson described the background of his character as having started as a beatnik who segued into jazz and then rock (and stopping right before punk), much like himself.

"I am he and he is me and we are all together." - Jerry Nelson
Because of his role as band spokesman, Floyd embodied the soul of music itself.  His morals and values revolved around the integrity of the musical craft and would speak out if his creative freedom was compromised.  He stuck to the stereotypical attributes of the bassist, embodying coolness and maintaining 100% of his focus on his instrument.  He did not perform to show off.  He performed because it was right.
The bassman exists to carry the rhythm of the song and rarely gets solos.  Floyd, however, did get to break from the norm and perform songs by himself, resulting in some classic Muppet Show moments.  The following clip harkens back to the puppet's roots with "While My Guitar Gently Weeps," a song originally by George Harrison.
And his soft, rapsy voice seems to have been made for "Blackbird."
Because of his relationship with music, Floyd Pepper became one of the few Muppets who got to perform at the Grammy Awards. 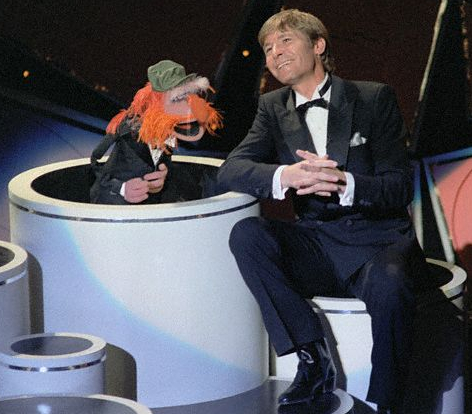 All dressed up with John Denver
In 1982, John Denver had a televised special Rocky Mountain Holiday with John Denver and the Muppets which also had an album released in conjunction.  The album was nominated for a Grammy, and Floyd was invited to sing "Gone Fishin'" at the awards show with him.
While puppeteer Jerry Nelson didn't get a character as popular as Kermit, Fozzie, Miss Piggy, Animal, Gonzo, or Scooter, his signature character was a very respectable member of the Muppet crew and possibly one of the coolest cats ever to grace the Muppet Theater stage. 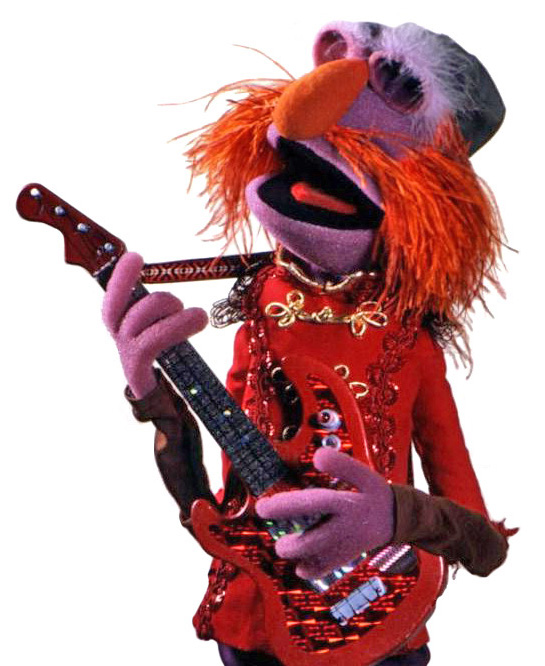 Everything is everything!
Posted by John H. at 3:07 PM