The sax man.
I am tempted just to leave the entire post at that.  It would be fitting to Zoot's character.  He is a man of few words, letting his saxophone do the talking.  Because he plays the saxophone more than he speaks, it would be more fitting to describe his "vocal" performer as saxophonist Frank Reedy, who was one of the musicians behind the scenes The Muppet Show.

Frank Reedy recording Zoot's lines
Zoot's silent nature was not intentional.  While he was supposed to be a very laid-back jazz musician (and named after the common jazz apparel, the zoot suit), he originally was a very outspoken character.  Like Floyd, he often respected the integrity of the music, and would half-heartedly rebel as much as he could muster.  There was a sense that he was once a trend-setter in his youth, but a life of drugs and excitement took a toll on his soul, causing him to all but give up.
This behavior is evident in the first season, where he had more speaking and solo parts.  In "Sax and Violence," he rejects a piece for it's minimal saxophone parts, yet decides it's ultimately better to keep his gig.  As he deals with the musical (and physical) abuse the song brings him, he turns his weapon of choice into an actual weapon.
Zoot was supposed to be Dave Golez's main character (before Gonzo became an unexpected breakout star).  However, Golez often found difficulty finding motivation for Zoot to speak.  He would often pawn lines and jokes onto the other members of the Electric Mayhem, rather than find the way Zoot would deliver them.  Due to this behavior, Zoot became the butt of many jokes at the expense of his drug-addled brain.  He was sleepy, slow to react, and apparently homeless.  Not exactly the fun, glamorous, exciting world of rock and roll the Electric Mayhem set out to depict.  But it was accurate.  For the little that he did, Zoot grounded the group in reality. 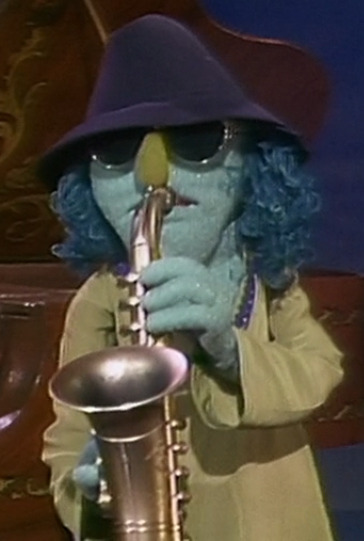 I am sure there is a perfectly PC explanation for this picture.
One final oddity about Zoot is that in the five-year run of The Muppet Show, he underwent seven very different design changes.  The rest of the Muppets went through a few changes on average to produce better quality puppets.  But they mostly stuck to their original design and colors and significant changes were only added to increase facial expressions (movable eyebrows and eyelids, for example).  Zoot is a very unexpressive character, yet he was constantly updated with different skin tones and nose colors. 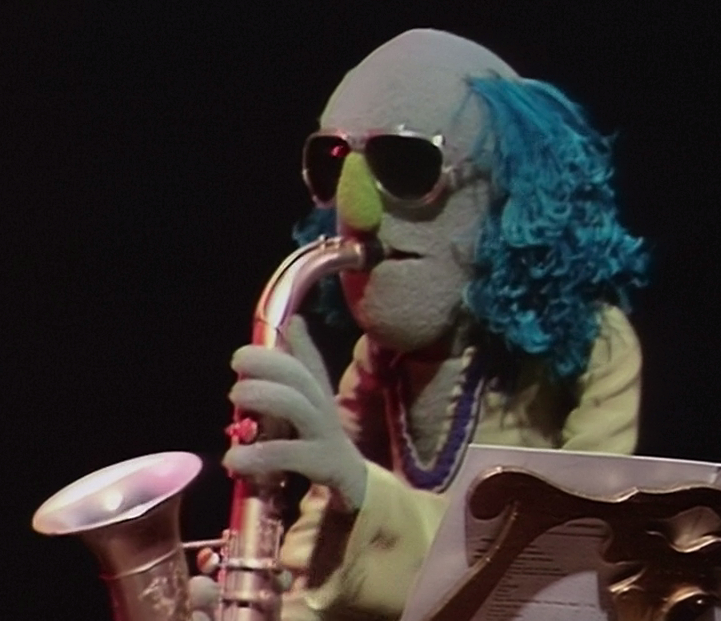 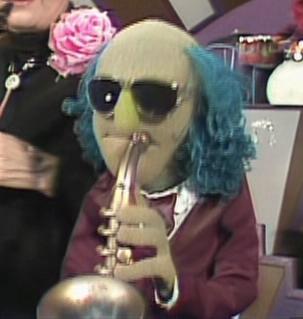 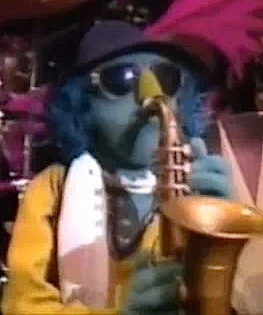 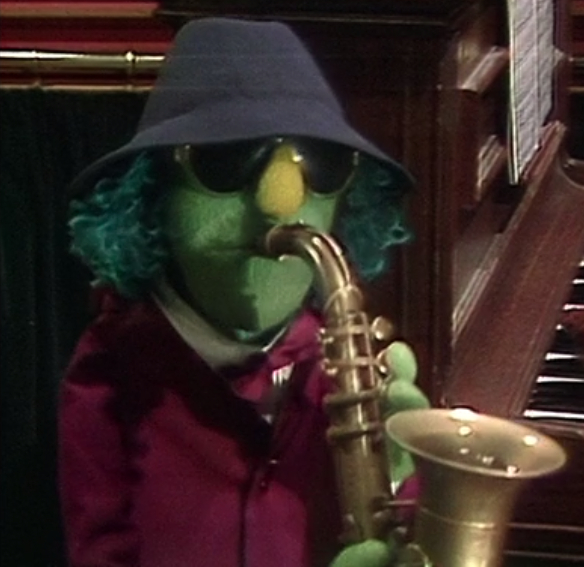 Is he blue, gray, or green?  Is his nose yellow or not?  Is this the result of drug abuse and malnutrition?
Whatever the truth is, Zoot ain't talking.
Posted by John H. at 5:24 PM