Art at War: Hipsters vs. Squares

In researching the Electric Mayhem last week, I realized what a bunch of hipsters they all were.  And really, the same could be said for Henson and many of his characters.  He grew up in a time where hipsters were idolized.  They stood for individualism in music and art and devoted themselves completely to the craft.


Henson fancied himself a hipster, and as such, strove to promote hipster pride.  He accomplished this by allowing most of his humor to arise from the eternal conflict between the Hipster and the Square.  It is possible to pick any Muppet and random and easily identify them as a limitless, creative, energetic Hipster or a stuck-up, unappreciative, uninformed Square (save for the monsters that just ate a lot of things).  Ernie vs. Bert, Mahna Mahna vs. the Snowths, the entirety of The Muppet Show vs. Waldorf and Statler.  But none were as widely exaggerated as Floyd Pepper and Sam the American Eagle.
A recurring battle often ensued between self-appointed censor Sam and the members of the Electric Mayhem, particularly Floyd.  From the very first episode, Sam tried tirelessly to keep Floyd and his crew in check.  But they always found ways to beat him in the end, either by intentionally "ruining cultured art" or by tricking him with their hip slang. 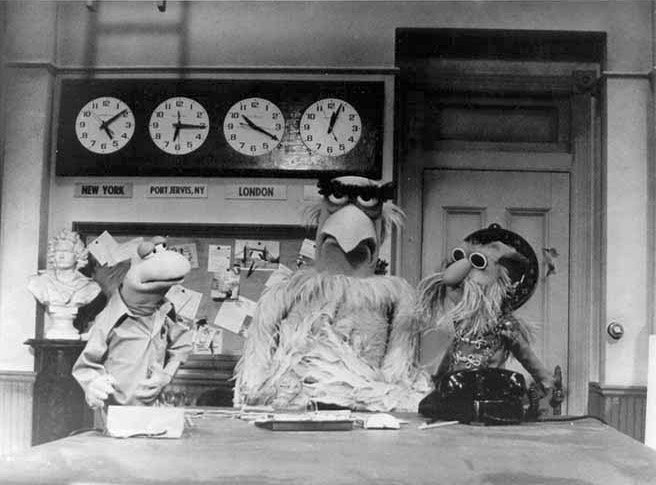 Floyd: "Can you believe this cat?"
Sam: "I am not a cat.  I am a bird."
Floyd: "You may be a bird, but you ain't the bird."
While show host Kermit tried his best to keep the high-maintenence Sam happy, Floyd loved to ruffle the conservative eagle's feathers deliberately.
Henson always enjoyed taking shots at the older generation who just didn't understand today's youth.  As people get older, they long to stay rooted in the past.  He hoped he could place himself two steps ahead of his unwelcoming audience by acknowledging that yes, he was different, but he has something to say and it would be a lot easier to embrace the new art.  This style of back and forth with the two ideologies is present even in his earliest work.  One of his very first characters was known as Harry the Hipster, named after the eponymous jazz musician.  Although just a basic sock puppet, Harry had a lot of spunk. 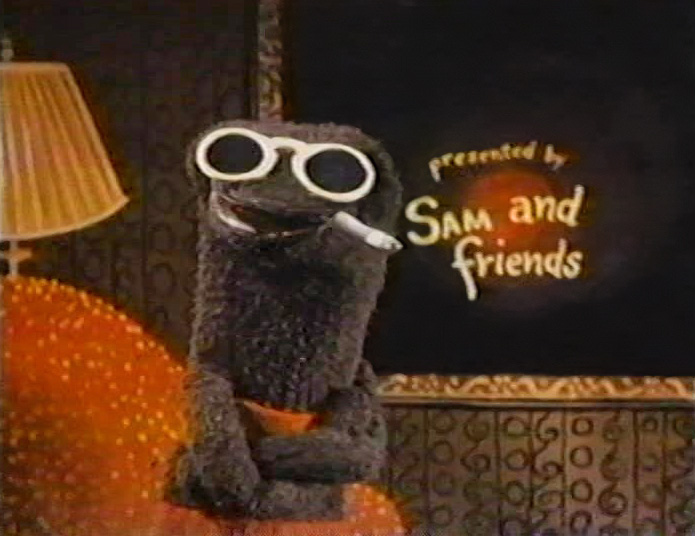 Ironically, hipsters never wear socks.
In this famous early clip entitled "Visual Thinking," Kermit takes on the role of the Square as Harry teaches him how to properly open his mind (You may need to turn up your volume).
This sketch was repeated multiple times, evolving along the way.  Kermit grew out of his shell and started playing Harry's role (just as more of Jim's personality seeped into the puppet).  On Sesame Street, the focus is mostly on the shapes, but the Hipster and the Square's personalities are greatly heightened.
As time passed, Sesame Street taught us to accept the squares in our life.  For they simple lack awareness and understanding and should be helped, not pitied.  With the right attitude, a Square could overcome his affliction and become hip!
Finally, many years after Henson's death, it appeared as if the Muppet franchise and the Henson name had become more mainstream, more corporate.  The edge was being lost as squareness set in.  Fortunately, in a move that probably unintentionally celebrated Henson's individuality, Muppet Studios released an Internet video in which the Muppets perform a classic ode to Bohemia.
Although it is just a fun mash-up, the personalities of each character remain consistent to their origins.  True to their natures, Sam delivers the lines of the oppressive Square while Floyd and the Electric Mayhem take the helm of the hard rock solo.
As Harry the Hipster Sock showed us earlier, there is a responsibility to being a Hipster.  You have to respect the art that came before you or else you'll end up getting lost in your own creation, your own ego.  And if you are a Square, step back and look at what the Hipsters are sharing with us.  We can create harmonic music together if each group shares their ideas, philosophies, and gifts.
(The beautiful portraits of Floyd and Sam were found at http://stuartreeves.co.uk/.)
Posted by John H. at 1:35 AM