The Dork Side of the Force

Behind every great hero is an even greater villain.  The world's greatest villains are not only powerful, but menacing, intelligent, and frightening.  They must pose the greatest challenge a hero can face in order to properly test the hero's worth.  The best antagonists in literature represent all of the chaos and evil that can potentially arise in the protagonist, so that when it comes to the final confrontation, the hero must fight his greatest foe: himself.

The Pigs in Space couldn't protect the broad side of a barn, let alone the universe.  It was best to start them off with an equally inept nemesis in order to wean them onto hardcore heroism.  Enter the Koozebanian scourge, Dearth Nadir! 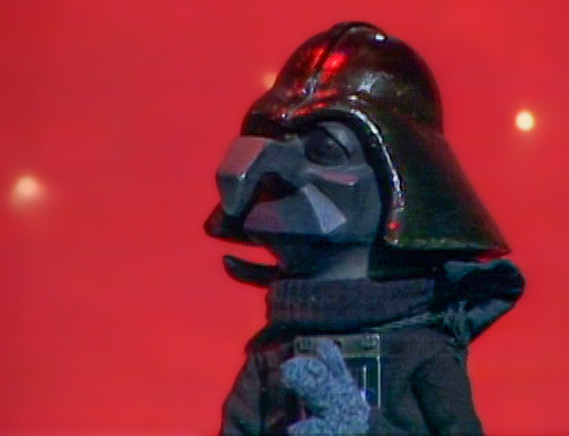 Dearth Nadir, a.k.a. Barff McVader, a.k.a. Gonzo in a modified "Darth Vader" costume
Although First Mate Piggy is able to see though his disguise, Dearth Nadir proves to be the most threatening hijacker the Swinetrek has ever faced.  Not even Link's mommy can protect him.  And unlike his inspiration, Dearth Nadir actually follows through with his heinous crimes and orders his "stormtroopers" to kill the heroic pigs.
(Only the first sketch is applicable.  But the other two are funny.)
Because we leave it on such a depressing cliffhanger and there is no explanation to how our heroes escaped, one can assume that Miss Piggy was able to save the day using her karate reflexes of death.  However, even Piggy has her weaknesses, namely, instant infatuations with any male celebrity.  So, in one of the strangest crossovers this side of St. Elsewhere, galaxy-renown Jedi knight-in-training Luke Skywalker crashes into the Muppet Theater, with C-3PO and R2-D2 in tow, searching for their kidnapped ally, Chewbacca.  (For those of you following the official Star Wars timeline, this occurs circa the year 3 ABY (After the Battle of Yavin) prior to the Battle of Hoth.)  Piggy immediately goes into damsel-in-distress mode, letting down pigkind for ages to come. 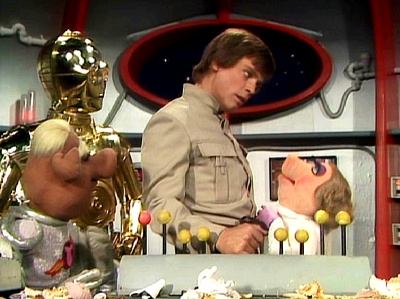 It's all technically canon!
Skywalker pilots the Swinetrek to Koozebane, where the evil Dearth Nadir awaits.
Fortunately, using their comedy-musical variety show powers, the pigs save Chewbacca and his companions through a medley of song-and-dance numbers (allowing C-3PO to finally show off all that soft-shoe he had been practicing).  What the Pigs in Space lack in courage, knowledge, and odor, they make up for in random humorous moments.  It is their only defense.
Although defeated, Dearth Nadir would continue to harass the pigs multiple times.
In comic books... 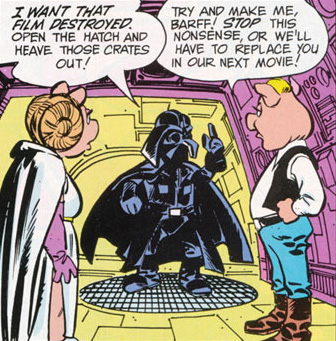 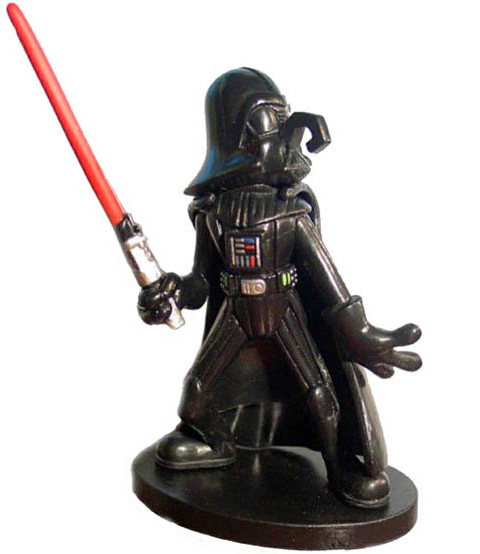 ...and even in an Atari video game! 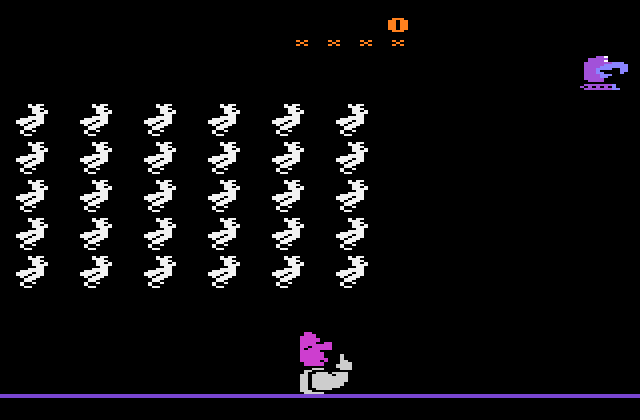 The Pigs in Space may not have encountered many villains during their tenure, but they were vulnerable enough to attract a needy, little weirdo who seemed to survive by getting on everybody's nerves. 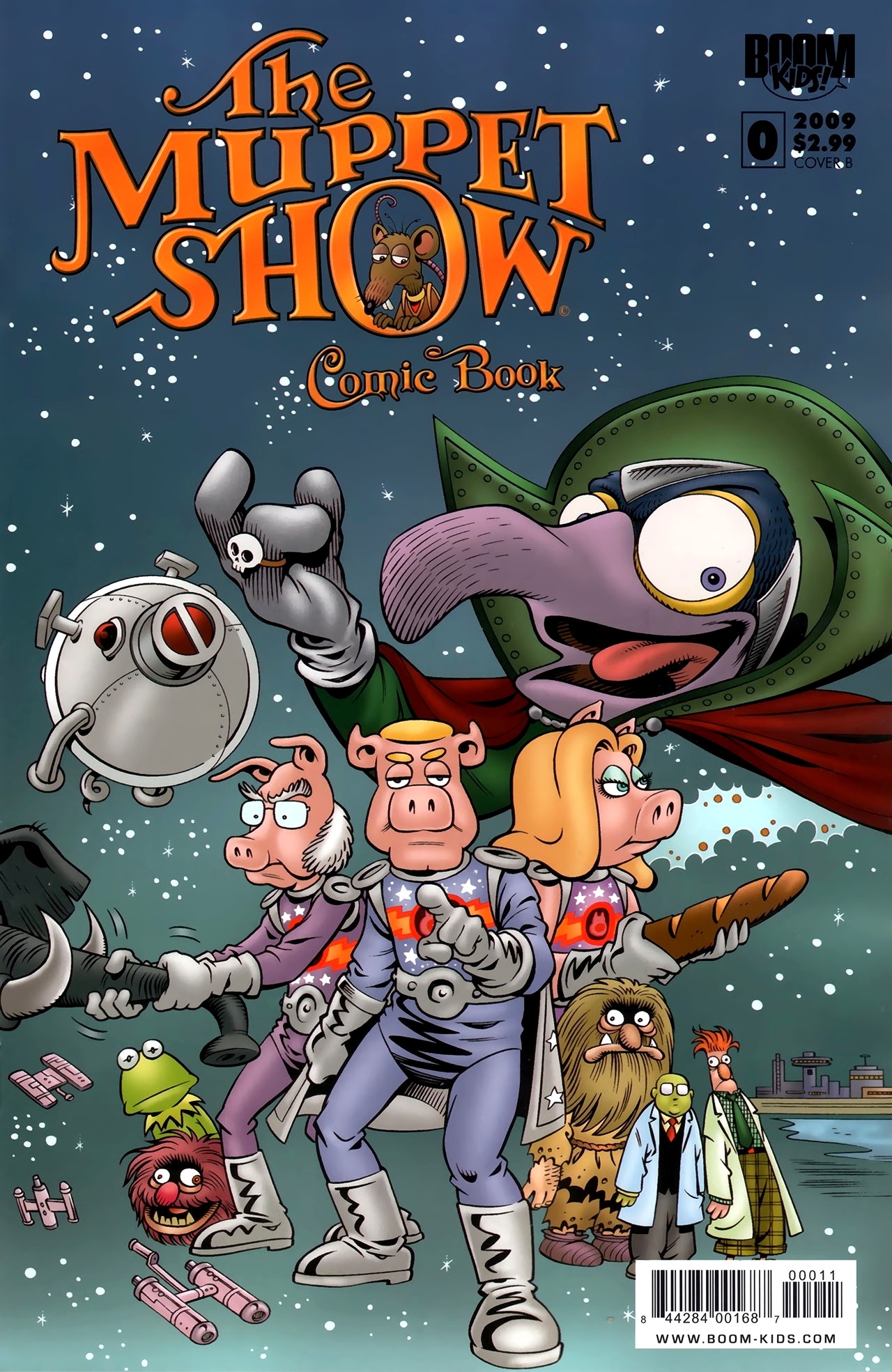 All in all, the disappointing track record of the Pigs in Space crew rightly deserves a disappointing archenemy.  If only there existed some unsung hero who could rise up and defeat all of this mediocrity once and for all... 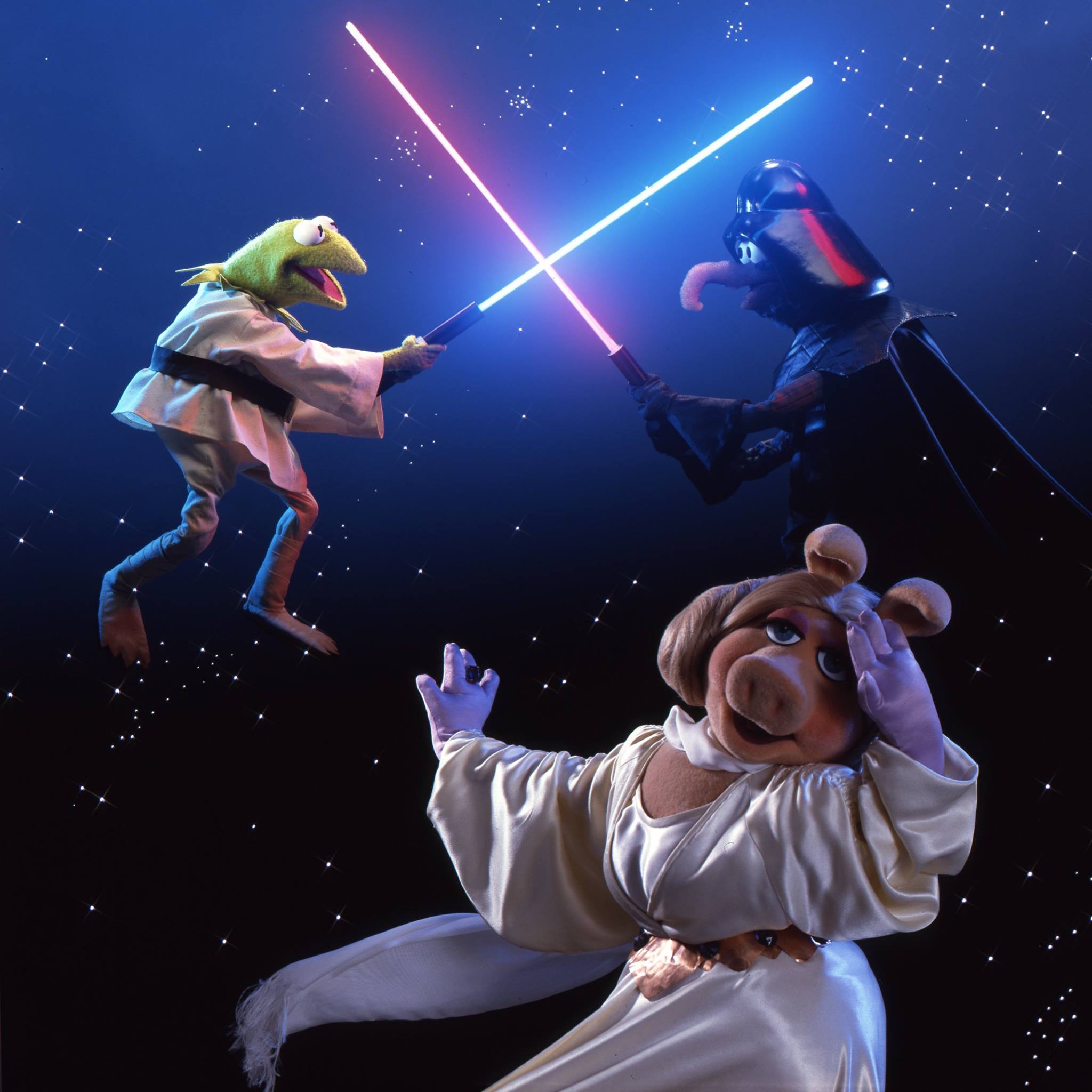 A newt hope...
And so, we close our final chapter of PIGS IN SPAAAAAAAAAAAAAAACE!
Posted by John H. at 11:21 PM