After watching the previous "Pigs in Space" sketches, it is easy to see the role that Dr. Julius Strangepork plays.  He is the token scientist, able to explain complex situations and invent new technologies that can provide sources of conflict.  He is very much a product of the series and gets very little in the field of character development. 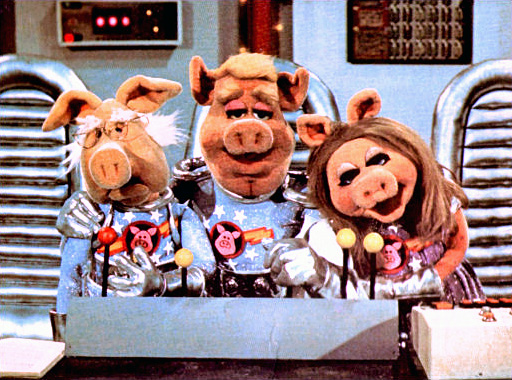 And it would be weird if there were only two main crew members.
Being placed in the "third guy" position, he gets all of the lines and actions that the straight man normally would.  Link is too dumb and Piggy is too hotheaded to carry the scenes by themselves.  They need someone with a level head to recite the boring lines, laugh at their jokes, and stay out of their arguments. As you can see in the following scenes, his only useful function is to move the plot along.
Due to his bland nature, he rarely appeared outside of the "Pigs in Space" sketches.  Miss Piggy was a popular star in her own right, and Link Hogthrob's idiocy allowed him to play a myriad of roles in which a pigheaded macho man was required.  Strangepork's biggest outing was a bit part in The Muppet Show's murder-mystery play in which he played the famous stage director Fritz (until he is murdered, again serving only to incite the plot).  Rarely were we treated to insight into the character.  He was clearly based of Peter Sellers's famous "ex"-Nazi scientist Dr. Strangelove, but he lacked the original character's quirks and mannerisms (save for the German accent).  In one episode, we learn that Strangepork enjoys disco.  That's....different.
However, there was one throwaway line in his introduction during the very first "Pigs in Space" that implies an interesting backstory for the character.  The announcer states that Strangepork is "the superbrain behind this whole ghastly mistake." Although the announcer often spoke with grandiose, cliched speech, this implication that something sinister lies behind the whole PIS operation is quite intriguing. 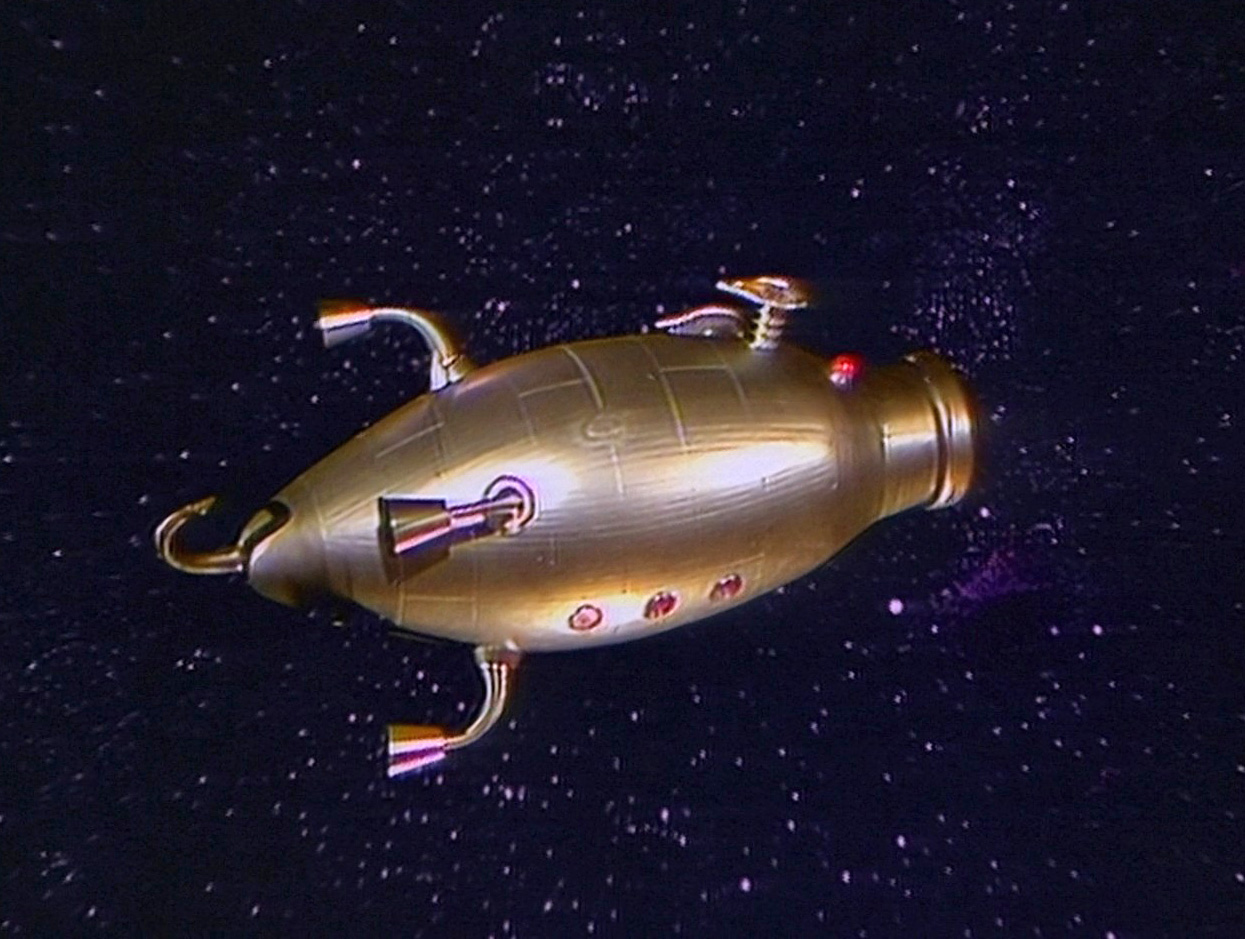 What mad fates resulted in the launching of the Swinetrek?
Through various off hand remarks and references mentioned in the crew's dialogue, it can be pieced together that the events we witness unfold in some far off future where pigs have gained sentience and manufactured advanced technologies.  Hogthrob continuously mentions that they have left Earth, so they are not from some unknown planet.  Yet they rarely mention the existence of humans.  If one didn't know any better, these visions of the future seem closely related to the classic story Planet of the Apes.  Except, you know, with pigs.
But that's just silly.  Surely these peaceful pigs could not have risen up and enslaved humanity, becoming the dominant species.  That is far too Orwellian to be used as fodder for The Muppet Show. ALL ANIMALS ARE EQUAL
BUT SOME ARE MORE EQUAL THAN OTHERS
Alas, the truth is often grim.  In the rarely seen pilot for The Muppet Show, there is a prominent sketch entitled "Return to Beneath the Planet of the Pigs" in which a Chartlton-Heston-esque man named Hudson returns to Earth to find it running with oppressive swine overlords.  In it, an early Miss Piggy leads the man to a Dr. Zaius-like figure for "reorientation."
Did you see him?  Did you see who was playing the lobotomy-happy Dr. Nagua?

This is indeed a disturbing universe.
That's Dr. Strangepork!  The mild-mannered, happy-go-lucky, sweet old pig is none other than a blood-thristy, dehumanizing, murderous doctor who single-handedly eradicated most of the human species by removing their brains!  Since few humans ever board the Swinterek, we have never seen this madness awaken in him, but clearly he is a force of evil.  Being the oldest pig on the ship, one can assume that he was there when the pig rebellion took force.  He is their Napoleon!  It seems his "humorous" name was hinting at his true nature after all! 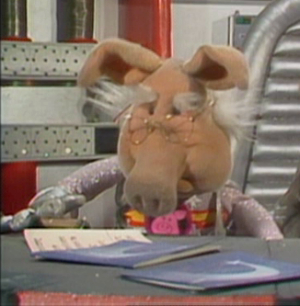 Mein Führer! I can wallow!
Tune in tomorrow to hear more frightening accusations about PIGS IN SPAAAAAAAAACE!
Posted by John H. at 7:41 PM