There is something weird that happens when reviewing a movie like The Muppets Take Manhattan one fifth at a time.  It really shows you how disjointed the plot is.  I have seen this movie a few times before, and if I were to summarize it in a paragraph, absolutely none of the following scenes would be mentioned.  It's not that they aren't entertaining.  It's just that the things that are important to the story have been pushed to the beginning and ending edges.  While watching this film, one gets the feeling that the Muppet staff had a book full of ideas that they wanted to see the Muppets do, and now that there was no longer a show, those ideas would have to go into the movie.

So here are some hypothetical excerpts from this fictional Muppets Take Manhattan Idea Journal:

Kermit's first letter is from Scooter, who has found a job at a movie theater as an usher.  First we get to see Swedish Chef working the concession stand, which goes exactly as you expect it would.

Then we have an appearance by Lew Zealand, a one-note character whose whole schtick is that he only has one joke: boomerang fish.  So, of course, he loves the 3-D movie about killer fish because it allows him to "interact" with the movie.  Yeah, it's a lame set up for an even lamer joke, but that's who Lew Zealand is.

Apparently, this scene is so iconic that you can get your very own "Usher Scooter" action figure! 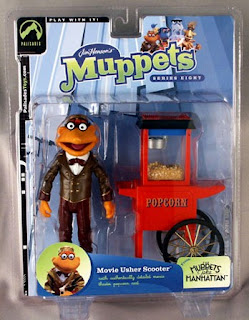 In Fozzie's letter, Fozzie, unable to find work, decides to give hibernating a try.  He finds himself in a den filled with realistic-looking Muppet bears, which presents a very odd contrast with the cartoonish Fozzie.  Unfortunately, Fozzie can't sleep.  Womp, womp. 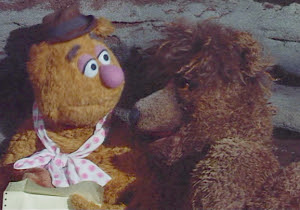 Idea #12: What if the Electric Mayhem had to play polka music? 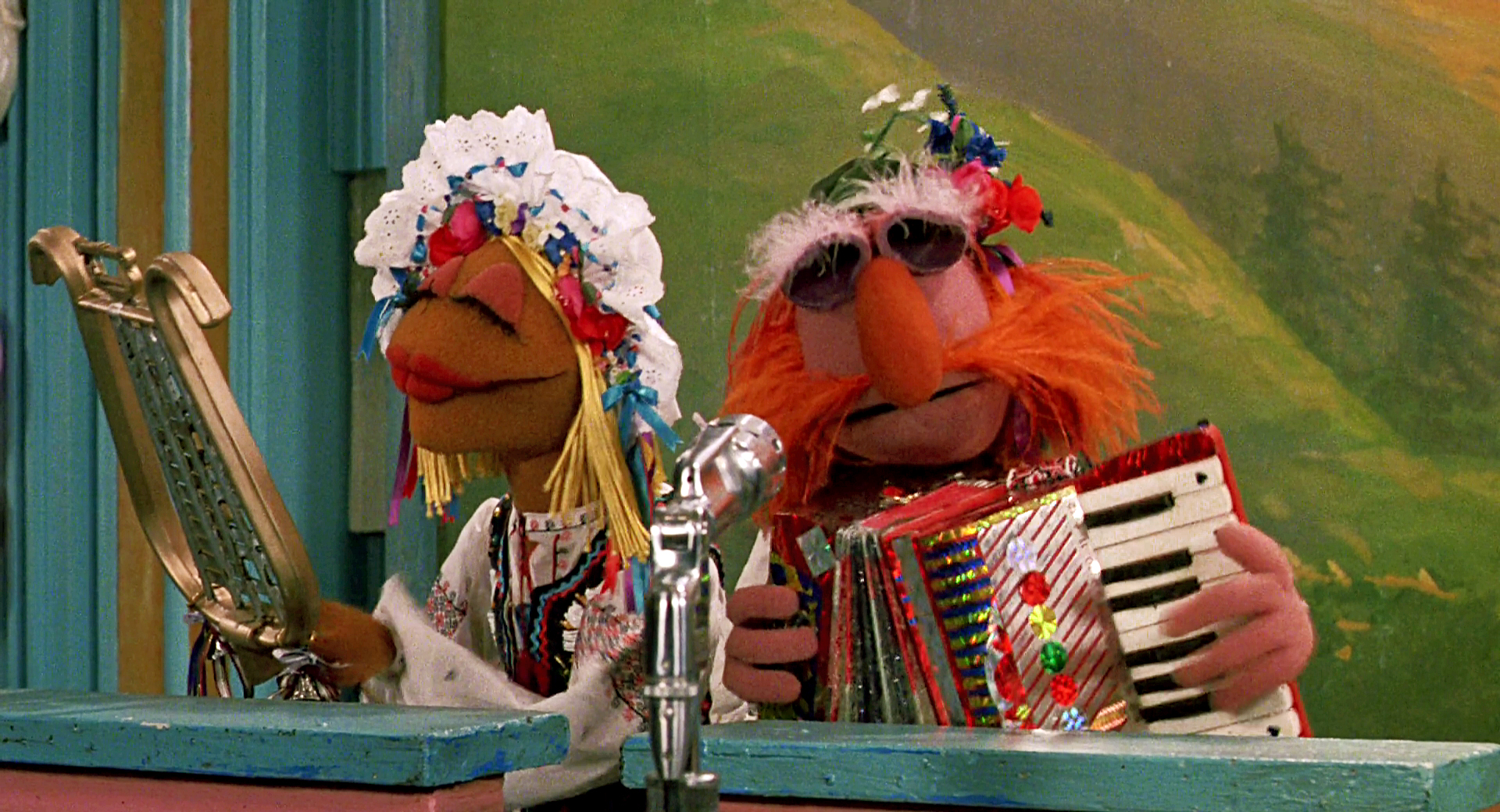 I miss the Happiness Hotel.

Idea #56: Okay, so Kermit has to pretend to be a big shot producer in order to start some buzz about his Broadway play. And, like, he goes into a fancy restaurant in disguise. It's one of those restaurants where they have pictures of all the famous people who've ever eaten there on the wall. And Kermit replaces his picture with another celebrity (TBD, check our Muppet Show guest roster). And then that celebrity actually shows up and Kermit gets kicked out! Also, rats. 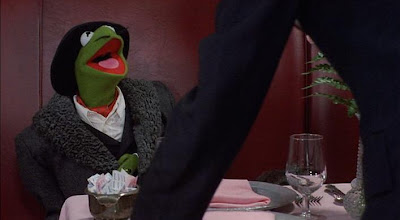 At least this disguise is more tolerable than his "boffo" agent.

So yeah, Kermit decides to start a "whispering campaign" having all the rats hide under the tables of patrons in order to subliminal work Kermit's play into their conversations. And the rats reveal themselves and everyone gets kicked out, making for another funny, yet pointless scene. 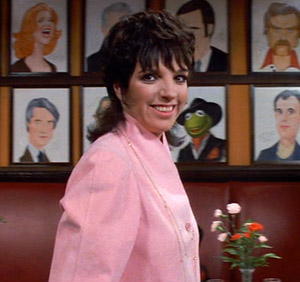 Oh, and they chose Liza Minnelli.

In yet another day of spying on Kermit and Jenny, Piggy's purse gets stolen and since her little puppet legs can only take her so far, she has to borrow some roller skates.  Time for an action sequence!


The skating scene I could do without, but the confrontation at the end between Kermit and Piggy with Gregory Hines acting as the supportive mediator is probably the funniest scene in the whole film. 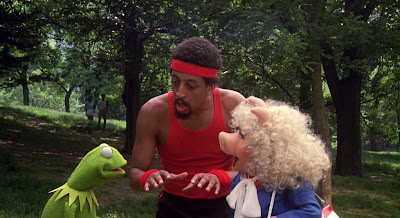 "You didn't say there were huggies!"

Okay, so this song/scene has no bearing on the movie whatsoever, but it is so iconic and important to the franchise that it's worth making a whole movie just for this moment.  Basically, Piggy imagines the premise of Muppet Babies and it is adorable. 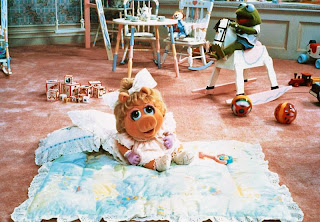 The fantastic song that spawned a regrettable genre: famous characters as babies.

We already know why this song is great, so instead check out this weird promotional music video version of the song that aired on The Merv Griffin Show.  It features homages to 2001: A Space Odyssey, Flashdance, and Michael Jackson's "Billie Jean" music video, with a live action pig and frog to boot.  And Jim Henson also has a cameo as...I don't even know.


I don't know what all that extra stuff has to do with babies or love.  Seeing the pig and frog was interesting, but it kind of stepped on the whole premise of the scene, especially since the scene does just fine on it's own.  Maybe that was another idea from the big journal of ideas and they couldn't fit it into the film. (Idea #15,029: The Muppets as actual live-action animals!!!!).  In any case, the actual moment in the movie is great.  And it's the last "random" thing to occur in the film. 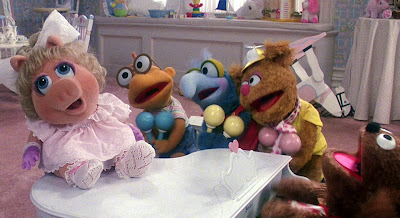 Tomorrow, we finally get back to the story, as Kermit makes significant leaps forward and loses his mind.
Posted by John H. at 9:25 PM