Don't Panic: The Hitchhiker's Guide to the Labyrinth

It's Towel Day, the day where we celebrate the works of the late Douglas Adams, British writer of the Hitchhiker's Guide to the Galaxy series, who reminded us that the most important item a space-and-time-travelling hitchhiker can have is his towel.  Adams is one of my favorite authors as I find his writing to be so charming and witty that I enjoy anything he's ever written, even if it's about a topic I don't care about.  He was a very clever writer so I decided to see if he ever crossed paths with Henson and sure enough, the two were mutually fond of each other. 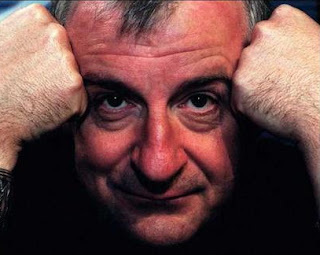 Adams was actually very good friends with Christopher Cerf, one of the main songwriters for Sesame Street.  It was through Cerf that Adams met Henson and the two eventually began working on a television special involving the Muppets and computers.  Adams was very interested in the world of computers and technology, which is made evident in many of his fictional and non-fictional writings.  The special was called The Muppet Institute of Technology and it aimed to teach viewers about computer literacy.  However, the special never moved beyond the planning stages and was ultimately dropped. 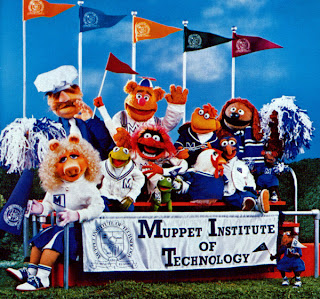 And we never learned how to use computers as a result.

But this wasn't the only work Adams provided for the Henson Company.  Because he enjoyed computers, he also wrote some text-based computer games.  One made in 1984 was based on The Hitchhiker's Guide to the Galaxy and another was an original story called Starship Titanic which was released in 1998.  But in 1986, he was called upon to help write a computer game based on everyone's favorite magic-dancin' fantasy film Labyrinth. 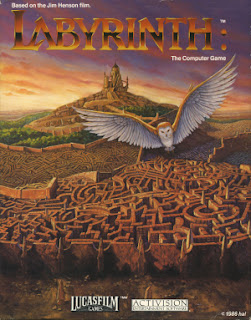 Released by Lucasfilm Games, makers of The Secret of Monkey Island

Rather than play as Sarah, however, you played as a teenager going to see Labyrinth on a date.   Suddenly, Jareth pulls you into the movie and you go through the story, loosely.  The prologue was set up like a regular text-game that Adams was fond of writing. 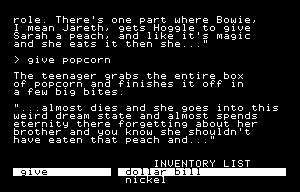 Not even popcorn can get your date to stop talking.

The main game would then switch to images and movement, but it kept the "roulette" interface of entering a verb and a noun to make your commands. 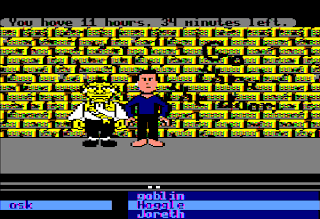 And Hoggle is played by Moe from The Simpsons

A particularly Adamsian touch was to include a random word that seemingly does nothing (such as "No tea" found in the inventory of the Hitchhiker's game).  He chose the word "adumbrate" which means "foreshadow" or "overshadow" or "give a faint indication of."  At one point, the player must "adumbrate the elephant" in order to move forward in the game.

This was not the only collaboration between the Henson Company and Adams.  The Jim Henson Creature Shop helped supply numerous characters for the 2005 live-action movie The Hitchhiker's Guide to the Galaxy.  Adams died before completion, but he helped write the script.  I don't know if he ever got to see the creatures, though. 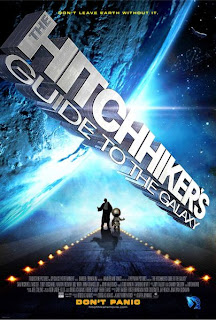 The Creature Shop made the repulsive, bureaucratic, Earth-destroying villains the Vogons... 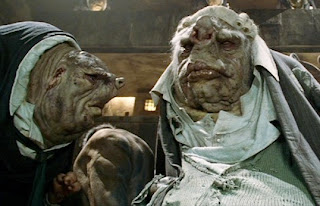 ...the falling whale that is conjured into existence by the Infinite Improbability Drive...

The director thought this was the most impressive visual he had ever seen. 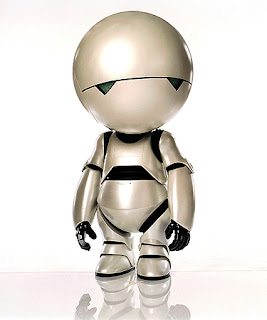 I could never tell if those were his eyes or his mouth, but he's just so darn cute either way.


The movie received mixed reviews from audiences, critics, and fans of the series alike, but I found it to be an absolutely marvelous movie.  The influence and humor of both Adams and Henson can be felt throughout the film and I think it's a wonderful addition to the collection of fans of either artist.

So, on this Towel Day, do yourself a favor and check out some of Douglas Adams's literary works.  The Hitchhiker's Guide to the Galaxy has appeared in various incarnations (radio show, books, movie, television series, comic books, etc.) so choose one and start appreciating another great visionary.

When I was researching the Labyrinth computer game, I found that there was also a Japanese Nintendo game made for the Famicom that was also based on the movie.  And since I don't see myself finding another excuse to talk about Labyrinth video games, I figured it would be best to mention it here.

This one actually does follow the movie's plot and you play as Sarah in a Legend-of-Zelda inspired world of the Labyrinth.  The game play is virtually identical and you can collect weapons and items from the movie, as well as interact with your favorite characters.  There isn't a health bar but a ticking 13 hour clock that takes away minutes each time you get hit.  But the best part is the music.  While the computer game was nearly silent, this one replicates the film's soundtrack in a glorious 8-bit symphony.  All of your favorite songs are included, giving the player a deeper experience than the comedic computer game.  The game is in Japanese, but some English translations can be found. 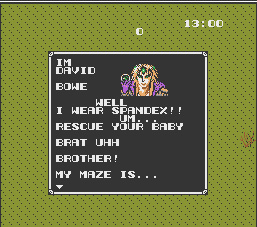 Some are clearly more authentic than others.

Check out the gameplay below, but try not to think about how jealous you are that Japan keeps getting all of these great games that never see international shores.  If I had a copy of the game, I would actually play it and review it in full.  But for now, we have to just watch.

Email ThisBlogThis!Share to TwitterShare to FacebookShare to Pinterest
Labels: douglas adams, jareth, labyrinth, nintendo, the hitchhiker's guide to the galaxy