Quick!  Who was the first Muppet ever created?

Chances are your mind went to Kermit the Frog, and that would be a pretty good guess.  He's certainly had the largest legacy out of any of the Muppets, and he was in the original line-up of 1955's Sam and Friends, Henson's first television gig. 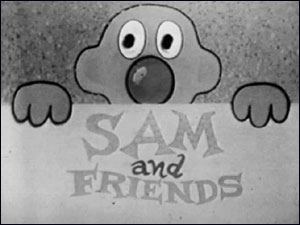 No, not Sam the Eagle.  He has no friends.

Okay, you might be thinking, if the show was called "Sam and Friends" then Sam must have been the first Muppet. Again, that's a good idea. While Sam was the "lead" of the program, all of the Sam and Friends puppets were created around the same time and it's hard to definitively prove which came first (although we like to believe it was Kermit).

The first Muppet (as far as we can tell) was actually based on a high school cartoon that Henson drew for his school paper known as "Pierre the French Rat."

Looking at the earliest work of an artist is a very strange experience. While they probably hoped to present their work to a mass audience at some point, their craft has yet to find what would later become their signature voice. The doodles of a teenager are hardly going to be high-brow art. So, to read the adventures of Pierre the French Rat, one has to remind oneself that Henson as we know him did not exist yet. 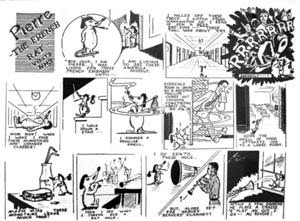 This could have been the work of any kid in the '50s, really.  Especially Art Spiegelman.

Henson's dreams were to be a television star and by using puppetry, he was going to establish a niche that he could govern. His first chance at a television spot was on a program known as The Junior Morning Show. It was 1954, a year before the Muppets became fully realized. 18-year-old Jim made up up some puppets and of course he turned to his first creation, Pierre.

The shift to the 3rd-dimension caused Pierre to adopt what is referred to in medical communities as "Truman Capotism."

Unfortunately, despite filming a few skits, Pierre never made it to air due to Henson's crew being composed of underage teenagers which prohibited child-labor laws when it came to payment.  This was just a temporary setback for Henson.  He began college at the University of Maryland and started to hone his puppetry skills, majoring in Home Economics so as to take advantage of the costume-making and sewing courses.  Eventually, Pierre and a host of new friends appeared on Sam and Friends.  And it is here that Henson found out what his audience wanted. 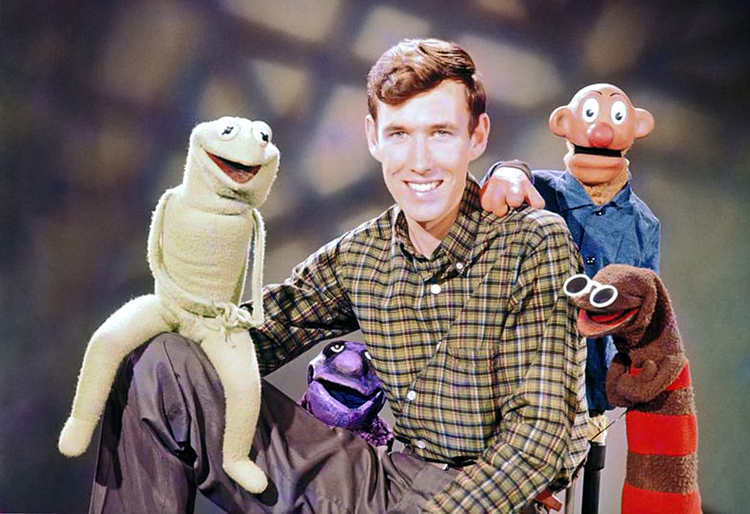 The main cast: Harry the Hipster, Sam, Yorick and Kermit.

Each spot was no longer than 10-minutes and usually comprised of the puppets lip-synching to music or other recorded audio. Very little footage remains from this show and all we know for certain is that Kermit is the only puppet to emerge as a star. This is strange because at one point, a poll was taken in which viewers could vote on their favorite character and Kermit came in fourth, after Yorick, Sam, and the mysterious Mushmellon. 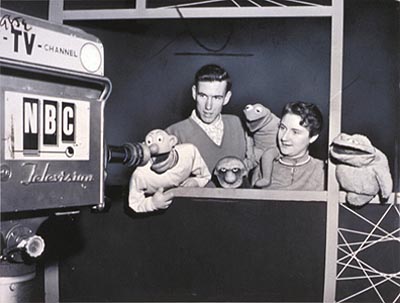 Jim and his eventual wife Jane controlling the four most popular puppets.

Yorick's popularity is easy to understand, for he was the first Muppet that ate everything in sight.  The appeal of Sam and Mushmellon is an enigma however, because no footage of either exists, save for one clip in which Sam lip-syncs to "Old Black Magic." 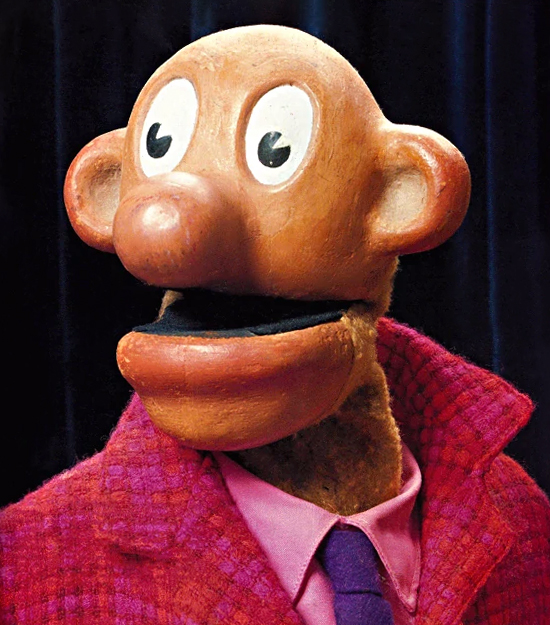 He looks pretty suave. These popularity contests are all about looks.

If one were to ascribe the success of Kermit to one thing, it would have to be the puppet's physical structure.  Just take a look at the surviving cast members and you'll see why Kermit prevailed.

That's Pierre in the back, going through his Albert Einstein phase.

This is just a posed display, yet Kermit seems to be the only one with any life in him. Everyone else either has a wooden head or a blank, fixed expression. A couple, like the Saturn Sandworm down in the corner named Icky Gunk, have a distinct flavor but they aren't going to be your lead characters. The man in the tiny hat is known as Chicken Liver, and while he is soft and plushy, his character was like a proto-Sam-the-Eagle, so no one liked him (except for Jane Henson, who kept the puppet as a toy for her children and it got nearly-destroyed before the Smithsonian swooped in and saved him).

But Kermit, he could do anything. He could change his facial expressions, posture, and character to suit any need. This is how he became the everyman and was able to stand out while everyone else was reduced to lip-syncing.

Kermit was able to evolve as the show stayed stuck. Henson could see that despite the exposure he gained by the whole show, he wasn't going to go very far with his earliest characters. But they did earn him a sweet set of wheels.

So, it made sense that for the final Sam and Friends show, Kermit was the only one remaining calm about the imminent demise of the program.

I can't tell who the other character talking is, but it had might as well be "all of them."

After five years, he was the only one who changed and he was mature enough to take Henson and his team to new heights. Kermit is the father of all Muppets. Henson has stated that the term "Muppet" has no origin. It was just a unique word to make his puppets stand out. But, as we all know, there is a distinction between Muppets and the rest of the puppet world. They have that vitality and spirit that emanates from their bodies even when there is no puppeteer around to control them.  So yes, the "M" in the word "Muppet" does stand for something.  Magic.