What's a Muppet? - Part 3: The Jedi Link Between Muppets and Creatures

As I previously established in my review of The Dark Crystal, Jim Henson wanted to break away from his Muppet background and move onto new innovative forms of puppetry.  He wanted to combine technology and realism to create animatronic lifeforms that could do things no puppet had ever done before.  Eventually, the London-based crew assigned to this project became known as the Jim Henson Creature Shop and it served as a kind of antithesis of the Muppet Workshop in America.  The Dark Crystal, Labyrinth, and The Storyteller were the first few major productions associated with the new types of Henson puppets, known as "Creatures." 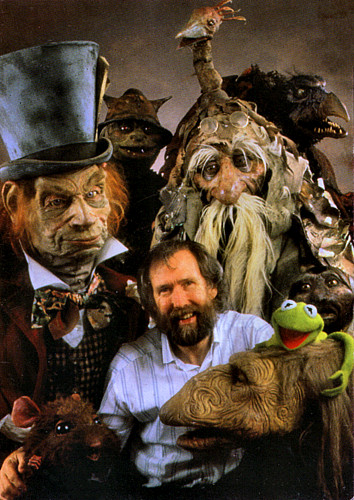 Henson, surrounded by a variety of Creatures.

The distinction between Muppets and Creatures, as Henson saw it, was that Muppets were supposed to be exaggerated and cartoony, whereas Creatures could be mistaken for real-life creatures.  Even those that were meant to look like monsters or other supernatural beings could pass for something found in an intergalactic zoo.  Some lovely person made up this handy-dandy guide to differentiate between the two styles and it can be seen over at the Muppet Wiki. 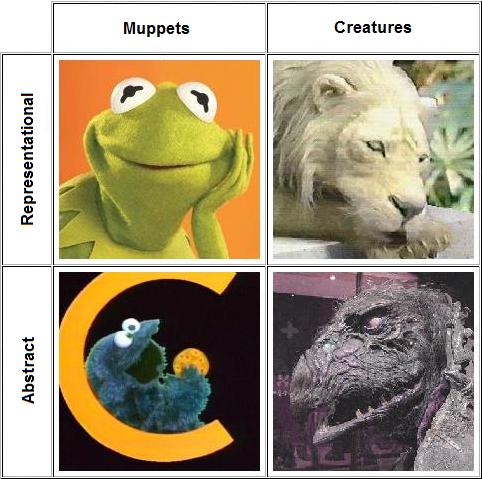 A Muppet Frog, a Creature Lion, a Muppet Monster, and a Creature Monster

Officially, every Henson production would be classified as "Muppet" or "Creature" based on this a appearance.  This means that the characters on Sesame Street and Fraggle Rock are officially Muppets. This didn't mean that each workshop was limited to one visual style.  Sometimes the Muppet Workshop could create realistic puppets and the Creature Shop could create non-realistic puppets.  But the general rule of thumb is, if it looks real, it's a Creature.

The Creature Shop was so devoted to realistic animatronics that they became the go-to company for the film world's special effects needs.  Starting with the Wonderland characters for the movie Dreamchild in 1985, the Creature Shop continues to supply animals and creatures for many movies to this day.  You may be surprised that Henson and his staff are behind some of your favorite childhood movies.  Babe, Harry Potter and the Sorcerer's Stone, even Batman Begins have the Henson stamp of approval.  And where would we be with out the original live-action Teenage Mutant Ninja Turtles. 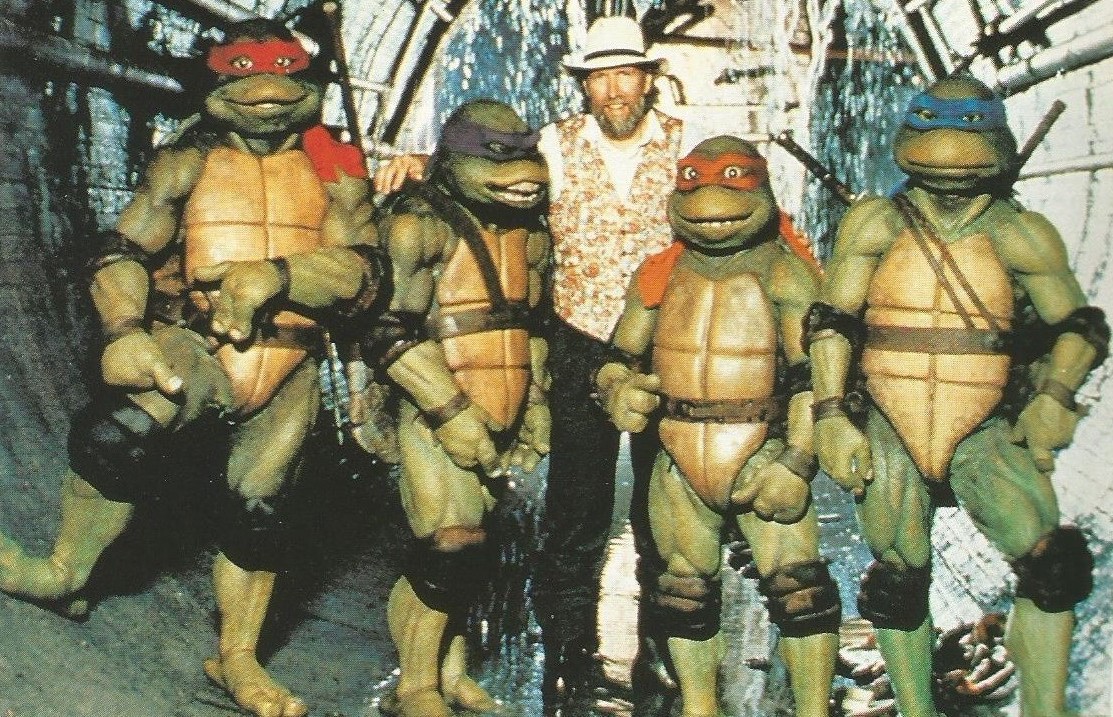 One of the 3 best photographs ever taken.

And, due to Maurice Sendak's recent passing, I'd be remiss not to mention the marvelous Creatures that Henson's Creature Shop created for the 2009 adaptation of Where the Wild Things Are. 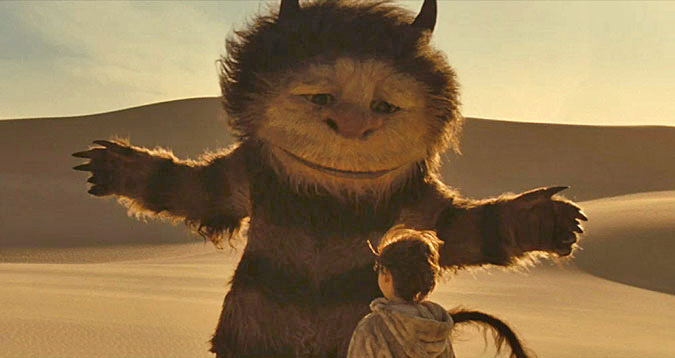 Seriously, these may be the most impressive Creatures the company ever produced.

But there is one character that predates all of the Henson Creatures.  This one can be viewed as the granddaddy of them all.  I mean, he was born a long time ago in a galaxy far, far away.

First, before you start nitpicking, let me make this clear:  Yoda is NOT a Muppet.  He is NOT a Creature.  He is NOT even a Henson creation.  But, he is, for lack of a better term, the missing link between Henson's puppets before the '80s and after the '80s.

You may know that George Lucas co-produced 1986's Labyrinth with Henson, but their relationship started long before that.  See, during the late '70s, both were working in London on their own projects.  As Lucas wrapped up Star Wars in 1977, Henson was just beginning production on The Dark Crystal. Both men admired each other's craft and would often use each other's staff for ideas and help. 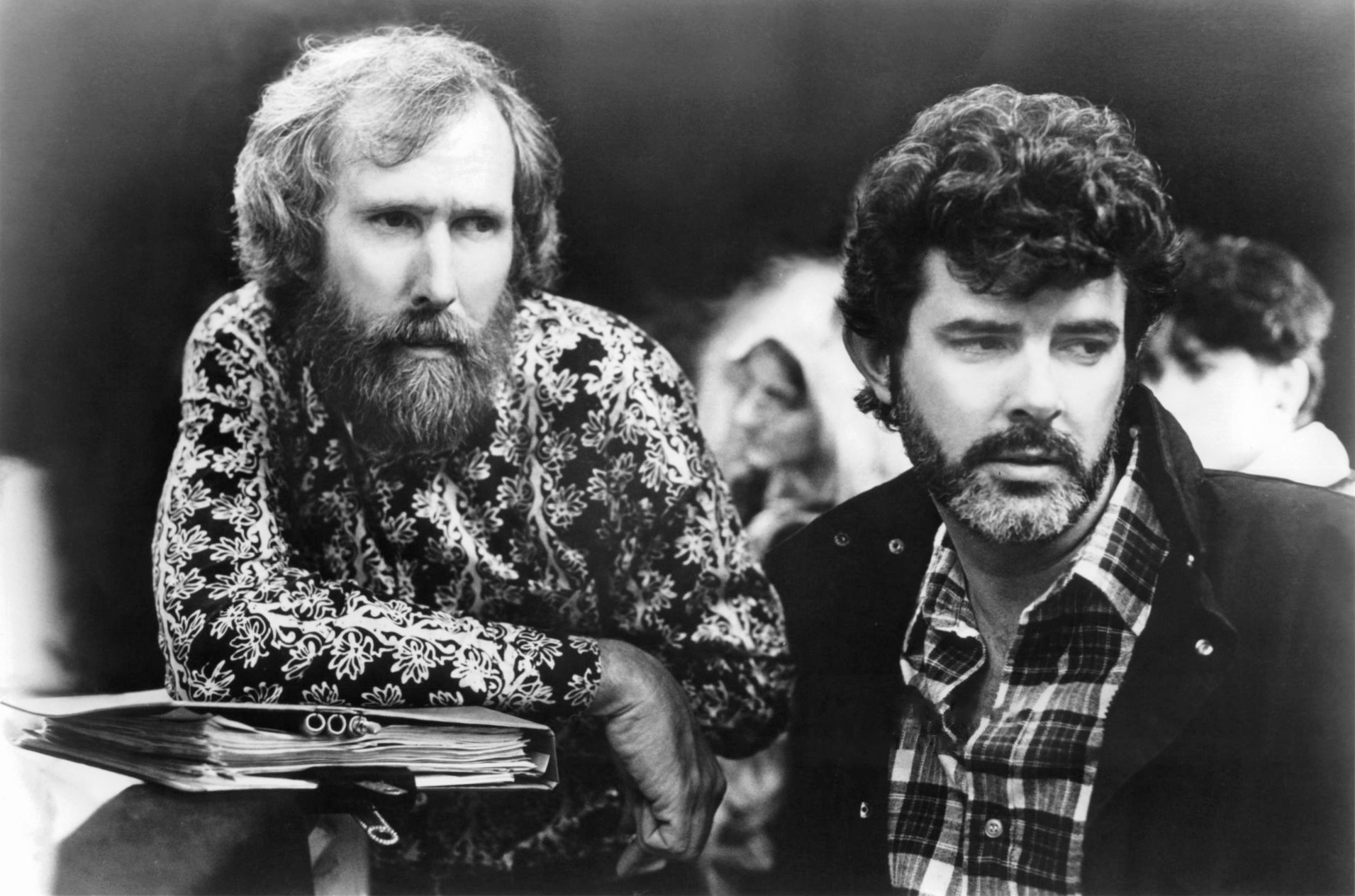 They would also simultaneously leer at anyone who insulted their attire.

For the sequel, The Empire Strikes Back, Lucas knew he wanted Henson to play the character that would eventually be known as "Yoda."  Henson, however was too wrapped up in The Dark Crystal and other productions to devote his full time to Yoda, so he suggested Frank Oz to play the part.  Along with an additional puppeteer Kathryn Mullen (Mokey Fraggle), the two would perform Yoda and turn him into the iconic character he is today.  Jim was still on board for consultations and design, however, so Yoda still has that authentic Henson touch. 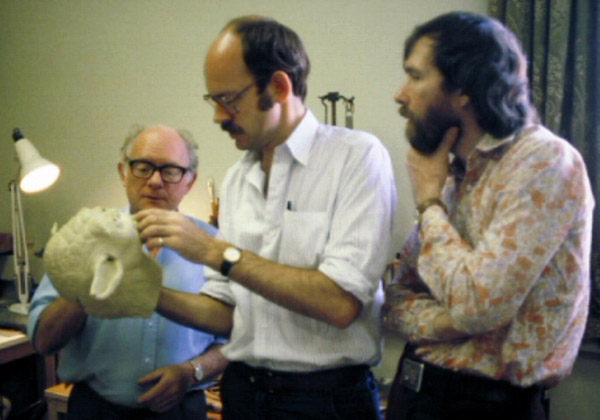 The ultra-realistic Yoda was the first Henson sanctioned puppet that broke away from his traditional Muppet style and it was a good precursor of the puppets that were to follow.  Yoda premiered to audiences two years before the first Creature Shop production The Dark Crystal so he really had to connect with audiences to convince the world that they were ready for realistic puppets.  Yoda could have easily fallen into the territory of "goofy" and "fake" in the hands of a lesser man.

Behind the scenes on the Empire set, Frank Oz made sure to keep Henson's presence alive.  Mark Hamill (Luke Skywalker) was a huge Muppet fan and he often tried to imitate Miss Piggy's voice on the set.  Eventually, Piggy had to show up to the Dagobah System and put Luke in his place. 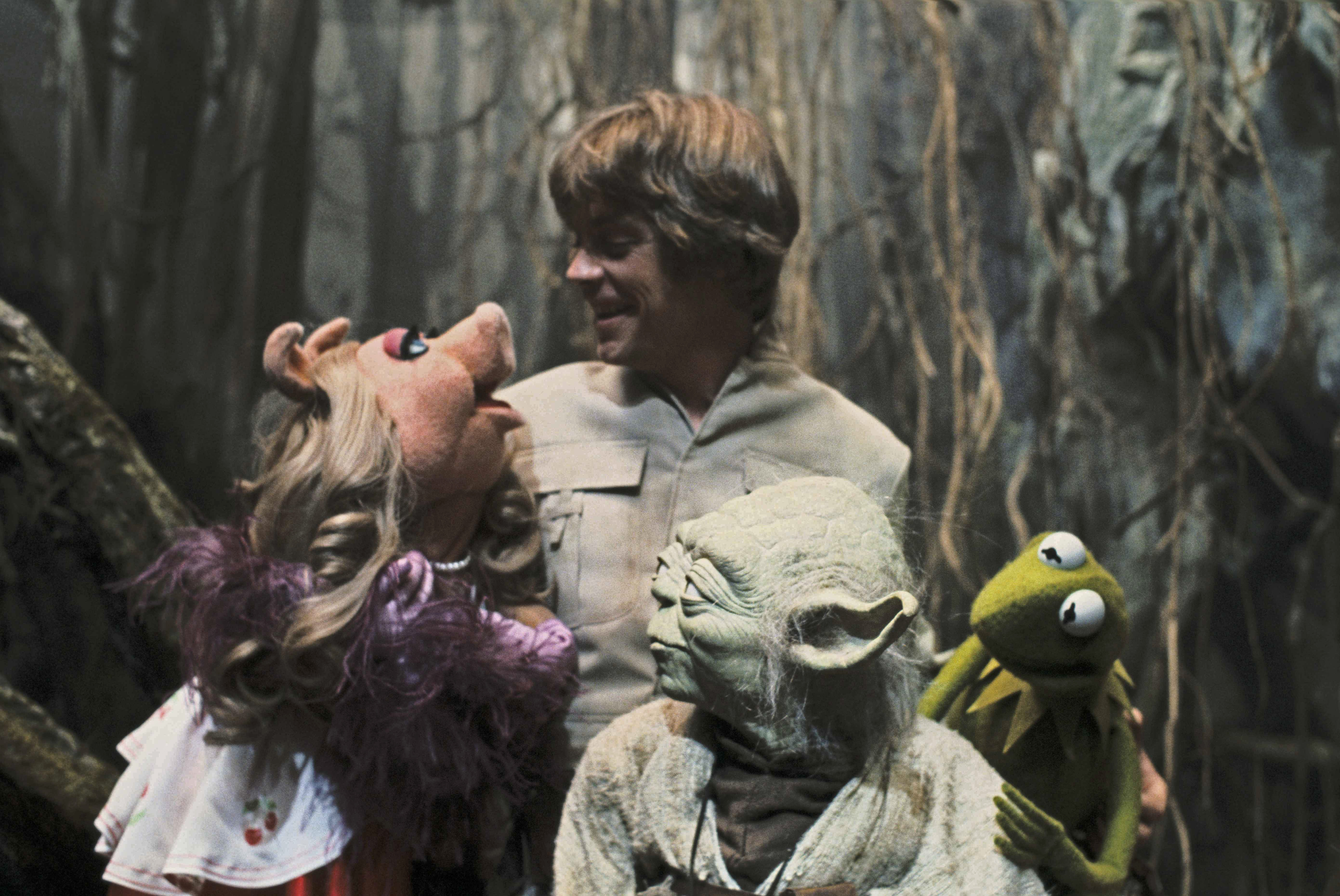 This actually happened!  Somewhere there is footage of the Muppets in a Star Wars movie!

As if to pass the torch, Kermit and Piggy were on hand to witness a new era of puppets.   Yoda won the hearts of audiences, both adults and children alike.  And it was clear that realistic puppets were the wave of the future.  And the rest, as they say is history.

Worlds had been colliding.

Tomorrow, the concept of a "Muppet" gets blurrier as Henson strikes a deal with a powerful corporate entity.
Posted by John H. at 7:55 PM