The Rise and Fall of Bean Norman Bunny, Part 2: Overexposure

After The Muppet Show had been off the air for years, Jim Henson hoped to try a new style of television to show off his new creations and experiments.  The show was dubbed The Jim Henson Hour and it each episode would be made up of two parts (usually).  The second half would focus on a story or special involving Henson's Creature Shop, usually old episodes of The Storyteller or something new like "Dog City."  The first half would be called "MuppeTelevision" and would run like The Muppet Show.  There would be sketches, songs, and guest stars but the segments would be shot as if the Muppets ran a television studio rather than a theater.  Many new characters were brought in as lead roles to perform along side familiar favorites like Kermit, Piggy, and Gonzo.  But to draw in the younger demographic they needed Bean Bunny.

To quote Kermit, "We hired Bean to be cute so the rest of us don't have to bother." 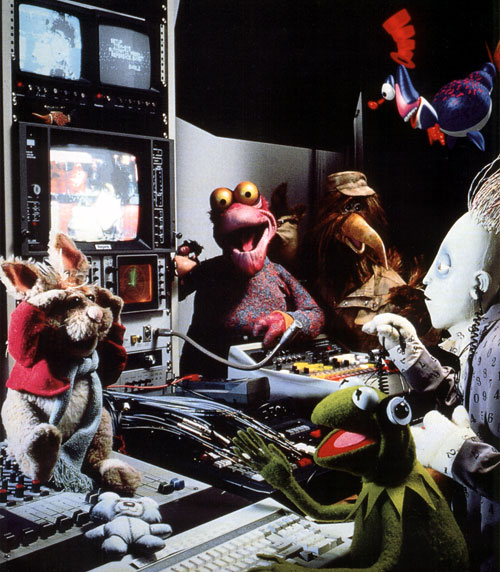 The cast of "MuppeTelevision"
Unfortunately, the show struggled to build an audience in the primetime hours, and one of the last episodes that aired confronted the ratings disaster head on.  It was soon discovered that ratings were at their highest whenever the show featured sex, violence, or Bean Bunny (or a combination of the three).
And so, Bean Bunny was shoehorned into as many sketches as possible to maintain an audience. 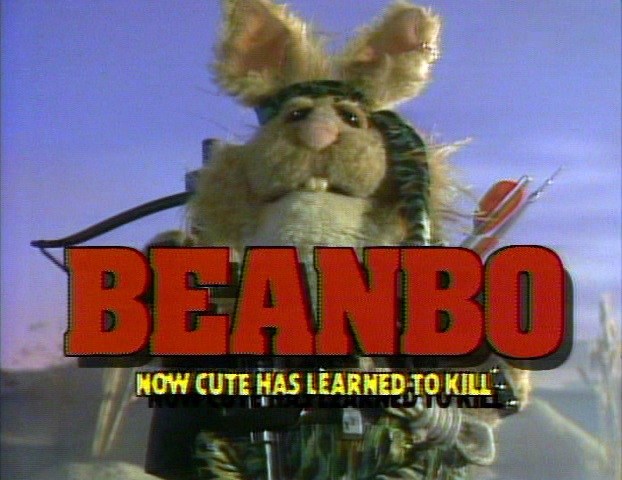 Leading to horrible abominations such as these.
However, Bean's presence could not keep the show afloat, and soon it was cancelled.  This setback did not hinder his fame, though.  It allowed him to move to the forefront of the action partaking in many other endeavors.  As the Muppets started joining forces with the Walt Disney Company, Bean Bunny was first in line to reap the benefits. 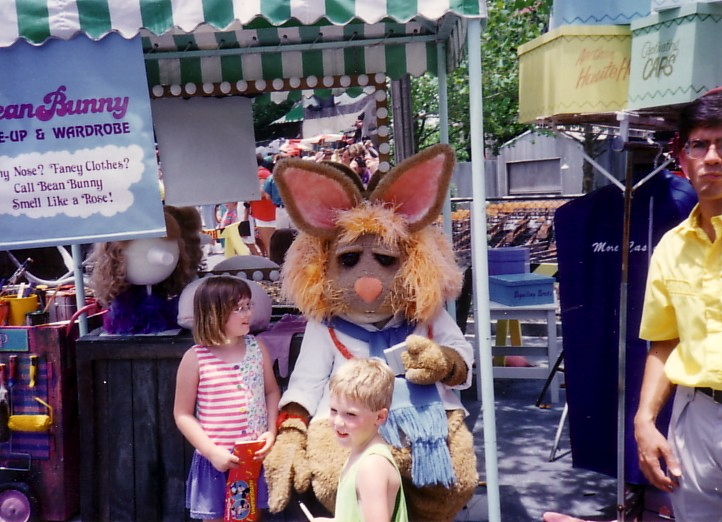 Doing whatever it takes to rake in the dough.
He became one of the stars of "MuppetVision 3-D," a Disney Parks attraction that still runs to this day.  Thanks to excellent timing, Bean Bunny has gained immortality due to the wonders of the third dimension. 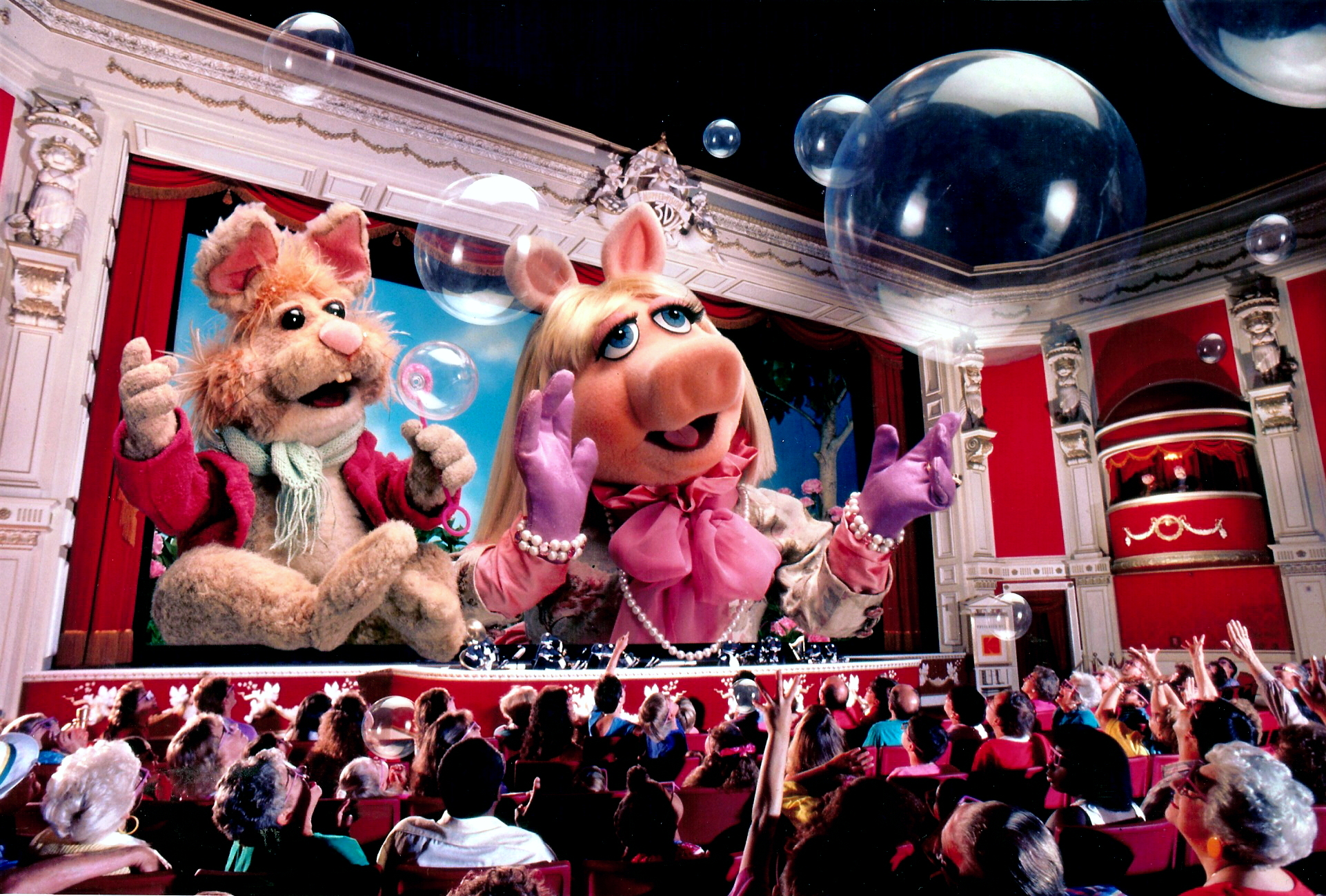 Not so little anymore.
Bean Bunny was so omnipresent that he even arranged to join the cast of the Muppet Babies!  The logic that all of the Muppets knew each other as toddlers was stretched pretty thin to begin with, but then to add in a character who was deliberately a child when he was introduced to the Muppet family and say that he was a baby with them as well?  Well now you're asking too much of us! 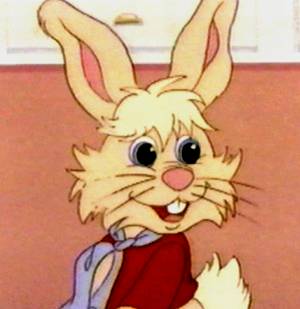 On top of that, he's the only one who is toilet trained!
Bean Bunny was on top of the world.  At this point, anything was possible.  The world was his carrot patch and he could have been on Easy Street for the rest of his life.  Sure, he was being used for his cuteness, but he did not care.  Everything was coming up Bean Bunny.
But as with most child actors, the initial charm fades, and the antics do not seem as cute anymore.  He was on a path towards destruction, one that he could not have foreseen.  The bigger they are, the harder they fall.  And Bean Bunny was about to hit rock-bottom.  Join us tomorrow as we learn about the tragic aftermath of the young kit who had so much potential and promise.
Play us out Bean (jump to 11:42):
Posted by John H. at 11:45 PM