Late in Henson's career, there arose a young new Muppet eager to join the well-established cast of The Muppet Show.  The main crew had fixed themselves as stars in the eyes of the world, but there was one area in which they were sorely lacking: Cuteness.  Kermit's nephew Robin was young but had a complex maturity that did not resonate with children.  Meanwhile, on Sesame Street, a furry red monster named Elmo was making waves, preparing to take the street by storm.  As his popularity was rising, the Muppets needed someone who could balance out their ensemble.  Someone who was their "Elmo."  And so, the Henson crew turned to a little fuzzy face that had already made a name for himself in the saccharine television special "The Tale of the Bunny Picnic." 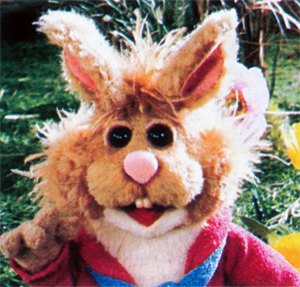 Bean Bunny, the littlest rabbit
While on an afternoon stroll with his daughter Cheryl, Jim Henson observed a group of rabbits convening, seemingly in the midst of an important discussion.  Suddenly, a large dog appeared and scared them all off.  He was inspired to create a springtime special focusing on the backstory of that random cute event. 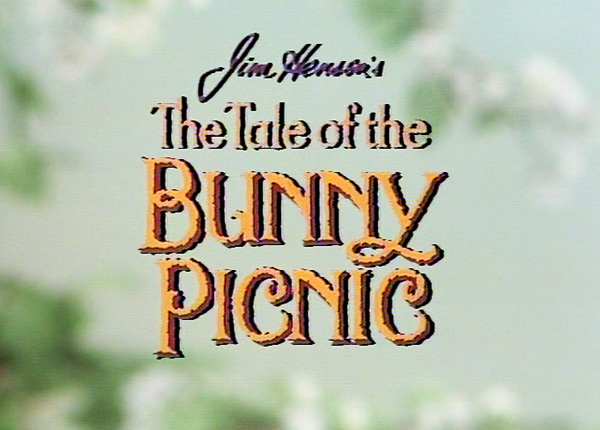 Below is the full hour-long special, but I shall provide a summary for those who are allergic to an overabundance of cuteness.
As the story goes, to celebrate the arrival of spring, a large group of bunnies hold the annual Bunny Picnic.  They leave in a peaceful warren, close to a farm stocked with many delicious vegetables.  The mean old farmer, in an attempt to rid himself of the rabbit infestation, adopts an dog to kill the rabbits.  The dog is disrespected and mistreated by his master, as evidenced by the fact that he is not even bestowed with a name.  He tries his best to carry out his duties, but has many difficulties. 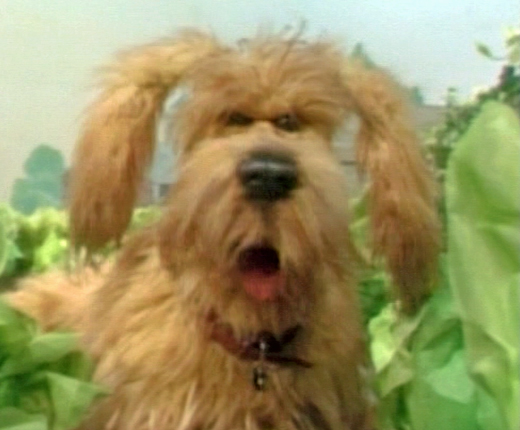 The Dog, both the main villain and victim of the tale
In the community of bunnies, everyone has a role to play.  Everyone contributes to the picnic, save for little Bean Bunny, who is shunned by his older brother Lugsy for being too small to help.  In order to avoid the negative criticisms of his size, Bean disassociates from reality, imagining himself to be anything but a little rabbit. 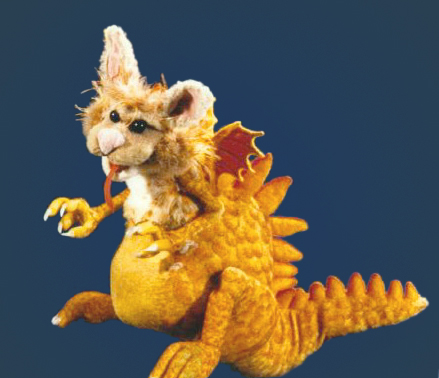 Even when he turns into a menacing dragon, he can't help but be adorable.
Bean is the first to discover the dog and no one else believes him.  But once the dog attacks, Bean uses his clever imagination to come up with a scenario to rid the warren of the beast.  Everyone pitches into help, but his bigger brother takes credit for all of the work and places himself in charge of the proceedings.  But when Lugsy gets captured by the dog, it is up to Bean to step in and prove that being little does not prevent him from doing great things. 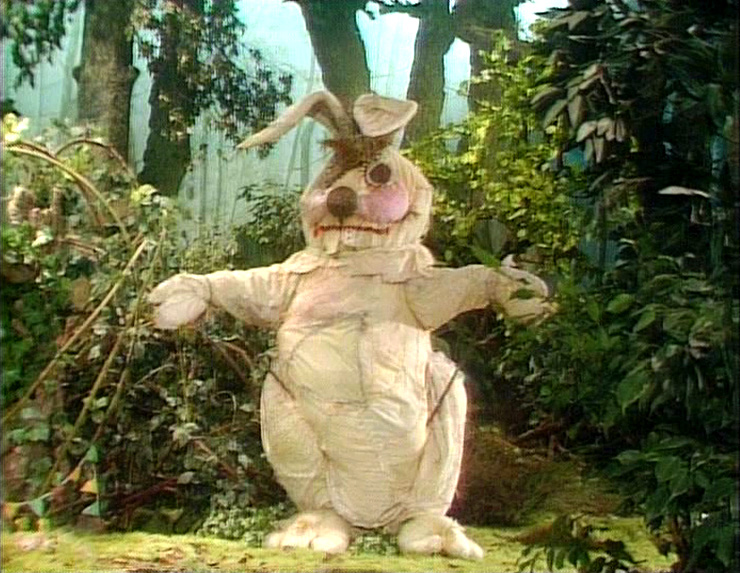 Such as scaring off a dog in a giant bunny costume.
I do not want to spoil the climax (the huge fake rabbit is just the beginning of things), but after all is said and done, Bean Bunny is treated as a hero to his people and finally earns the respect he deserves, especially from his older brother. 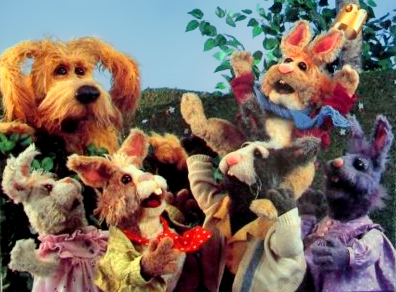 He is a savior to us all!
Bean Bunny enjoyed his new fame and hoped to live out a peaceful existence in the warren, having served his purpose and made a name for himself.  But fate had different plans in store for the young buck.  His audience demanded more.  Very soon, he would be ripped from the warm rabbit den and thrown into the world of television, hype, and success, unlike anything he had ever dreamed of experiencing.  The power would soon go to his head.  His fluffy cottontail would be marking his territory all over the Muppet landscape.  This would not be the last we saw of that little pink-nosed bundle of joy.
Tomorrow, we will continue our look at one of Hollywood's most tragic stories of abuse, corruption, and self-destruction as Behind the Muppets continues.
Posted by John H. at 11:08 PM