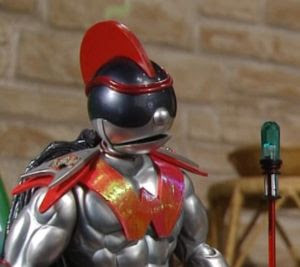 A leader who strives to be #1, at the expense of his followers.

Muppet Universe of Origin:  The Secret Life of Toys

Most Significant Appearance:  The Secret Life of Toys, March 5, 1994, "Follow the Leader"

Eight years after the classic special The Christmas Toy, a spinoff appeared on the Disney Channel, hoping to recapture the glory of the original.  But with Toy Story just a year away, people weren't quite ready to witness the secret life of toys...I mean, The Secret Life of Toys. 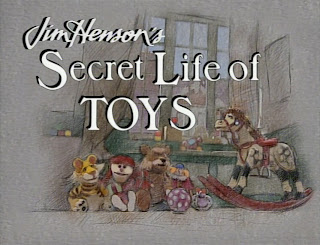 The show only lasted 13 episodes, but it made sure to reunite all of our favorite characters from the special.  Like Rugby the Tiger!  Mew the Cat Toy!  Ditz the Clown!  Raisin the Doll?  Hortense the...Rocking Horse?  Okay, so a couple of the main characters had to be replaced since their voice actors didn't return (Richard Hunt's Belmont the Horse was retired due to his passing and Kathryn Mullen's Apple the Doll refused to participate.  But thanks to some creative casting, you won't even know the difference!) 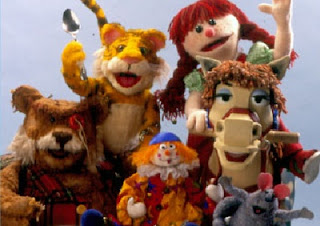 Apparently during the eight years since we've last seen them, the toys have found new owners (who are still wooden child actors), a couple toys have been replaced, and Balthazar the wise teddy bear has aged.  I didn't know toys could age but, apparently they can! 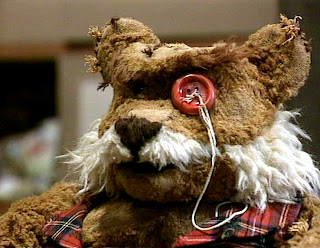 He's even got a stylish button-monocle now.  I am totally going to add one to my teddy bear.

Balthazar's leadership has unfortunately become outdated, and soon the toys start to feel as if they no longer need to follow his rules.  Sensing that they need a hip, young new leader, Balthazar releases the superhero (supervillain?) Doctor Wizardo from the confines of his computer game.

(I really wish I could show you a clip or a picture of the "computer" that Dr. Wizardo comes from.  The episode is currently only available on Amazon Prime Instant Video, so if you've got that, check it out.  If not, allow me to describe this prop.  It's clearly a plastic, Speak-and-Spell-esque toy that has a "screen" which is just a static image glued to the front.  And somehow, in the world of toys, computer game characters can exit their games and interact with toys like it's no big deal, as long as you press the correct button.)

Doctor Wizardo emerges and immediately takes to bossing the toys around with cries of "Fligazoo!" and treating everything as a big game.  Then, despite being their leader, he beats them with his lightning stick and throws them into "jail" for breaking the rules, proclaiming himself the winner.

Balthazar, fortunately, comes to the rescue, breaks out of jail and sends Wizardo back into the computer by pressing the "Return" key.  Haha, get it?!

He is both a doctor and a wizard.

And a space ranger.

Seriously, this would have to be the coolest toy in the room.  He's Buzz Lightyear to the extreme!  Throw in a warped sense of morals, and you've got one tough customer.

Remember the movie Small Soldiers?  It concerned another group of sentient toys that were programmed to fight each other.  Heroic soldiers fighting evil monsters.  Except, by mistake, the monster toys weren't programmed to fight, so the soldiers end up becoming the villains as they would not stop their violence and destruction until they had "won."

Doctor Wizardo is cut from the same cloth, where winning is the ultimate goal.  He has been pulled from his game into a world without opponents.  So, he turns on his own crew, defeating them one by one, until he is the victor.  He is a scathing commentary of competitive societies who fail to notice that their views on success are so skewed that they drop the ball in all departments that they are supposed to be responsible for.

Normally, in fiction when the hero/villain accomplishes his goals of total domination, he becomes filled with ennui, realizing there is nothing left to pursue.  But Doctor Wizardo doesn't fall into that trap.  He still marches around the room as if he's not done winning.  Even when the toys comply and state that they have given up the game, he continues his chaos, unfazed.

He doesn't learn from his actions.  He doesn't redeem himself in any way.  He is just pure evil made from concentrated pure good.