Random Muppet #8: Ftatateeta and the Bats

Random Muppet #8: Ftatateeta and the Bats 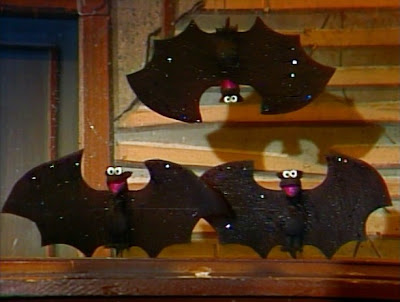 Performers:  Richard Hunt, Christopher Cerf, and Jerry Nelson (for "Count Up to Nine"), Unknown (for "The Batty Bat")

Whenever we visit the Count's castle, bats flutter about in every corner of the room.  According to certain sources, he has amassed two-thousand and twelve of these creatures.  They are usual there to add atmosphere but at times they play a larger role, seemingly inspired by the famous quote from Dracula:


"Listen to them.  Children of the night.  What music they make."

But while Dracula's bats simply screech, the Count's bats join him in song.  There are two occasions where the bats are credited, the first being 1977's "Count Up to Nine."  Here, the Count croons a doo-wop number reminiscent of "Earth Angel (Will You Be Mine)."  The music and background vocals seem to emerge from the Count's gothic jukebox however, so it isn't entirely clear that the bats in the room are singing.

The second song actually features the bats in a more prominent role, both lyrically and visually.  "The Batty Bat" refers to a dance that the Count learned as a young lad that always fills him with joy and nostalgia when he is feeling blue.  Since the Count is not officially a vampire, he is unable to transform into a bat himself.  Therefore, he mimics the movements of a bat spreading its wings by spreading his cape.  But, to show us the proper dance, the backup singers are shown in close up.

Why Are They the Best Muppets?

The Count's bats, despite their numbers, are essentially one entity.  A few of them are named in books and sketches, but none of them receive any sort of development.  Being Transylvanian, the bats usually have traditional Eastern European names.  So, when you have a bat named "Ftatateeta" mixed in with all the "Sashas" and "Mishas," you tend to do a double take.  Surely there must be more to this bat who was chosen to be the lead singer of the 2000+ bats.

To the best of my ability, I could only find two other characters with the name "Ftatateeta."  The first was Cleopatra's nurse in the 1898 George Bernard Shaw play Caesar and Cleopatra which took the supposed love affair between Julius Caesar and Cleopatra and implied that Celopatra's actions were purely politically motivated.  At one point, Cleopatra has her nurse, servant and confidant Ftatateeta murder a celebrated war hero who threatens to reveal her false love to Caesar.

The other Ftatateeta was a cat puppet used by ventriloquist Jimmy Nelson who was popular during the '40s and '50s.  This Ftatateeta was named after the first Ftatateeta. 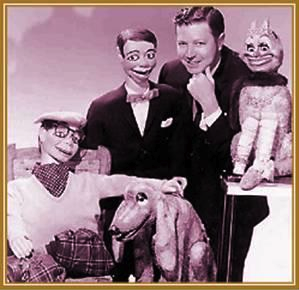 I would leave it at that, if it were not for the presence of the Count's cat, who is also named Fatatita. 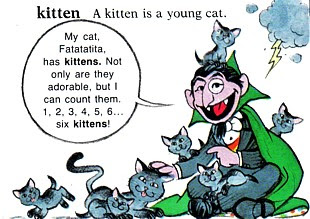 The name gets more and more misspelled every time it is used.

Obviously, this Fatatita the Cat is an explicit reference to Ftatateeta the Cat. So where does that leave the bats?


Well, lets go back to the original Ftatateeta.  Her claim to fame was doing Cleopatra's dirty work, killing those who stood in her way.  As I stated earlier, the Count is unable to do anything explicitly vampire-like since he is on a children's show.  Therefore he lives through his bats.  He partakes in their "Batty Bat" dance as best as he can, but only they can use their wings to fly.  Only they can hunt at night.  Only they can feast on the blood of the living.

Also, being Cleopatra's nurse means that Ftatateeta raised and breastfed Cleopatra during her infancy.  She was the one who helped shape the woman Cleopatra would become.  So, while Cleo made her spill the blood of an innocent man, she was the one Cleo learned from.  Who is raising whom?

Notice that despite the suggestions that Ftatateeta is the lead member of the bats, the audio and the visuals make no reference to any specific bat being the leader.  They all move in unison, they all sing in unison, and they all look exactly alike.  Ftatateeta can be any of the bats.  And, therefore, she had might as well be all of them.  These are not the Count's pets.  They are his nurses.  They inform him.  They do what he cannot.  They are his proxies.  His familiars.

Sesame Street has suppressed their vampire.  With his bats, the Count can be whole.
Posted by John H. at 2:44 PM