Be Prepared in Mind, Body, and Webbed-Feet 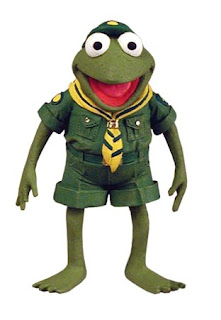 Scouting culture originated in Europe, but the American Boy and Girl Scout organizations have become synonymous with "Americana."  Thanks to pop culture and Norman Rockwell, the images of groups of children learning wilderness survival and cooperative skills are filled with nostalgia for a great American childhood.  By studying different techniques to become better citizens, the Scouts represent the best of what America has to offer.  Kermit the Frog's virtues makes him the ideal candidate for a Scout Leader, and, by default, the Frog Scouts were born. 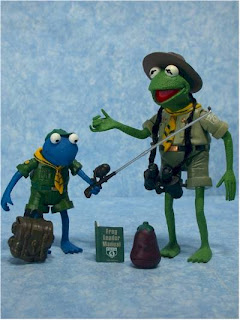 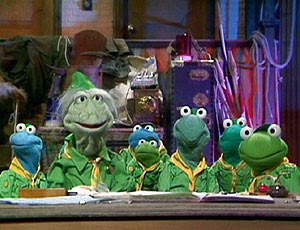 Scout Leader Ms. Appleby and the Okefenokee Pack 12 of the Frog Scouts.

They first appeared as a group in an episode of The Muppet Show in which Robin invites his troop backstage for a chance to meet that week's guest star, Debbie Harry of Blondie.  This storyline would have worked with any guest star, so, due to random chance, we are treated to a group that is obsessed with Debbie Harry and hopes to earn their "punk" merit badges. 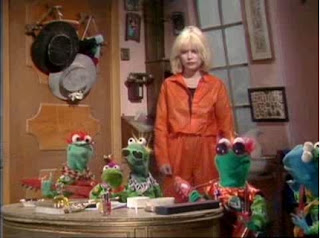 The episode mostly features the young frogs getting in the way and being starstruck, but they manage to find time to be useful.  They are able to fill in for Gonzo's cancelled act and they even stitch up Link after a particularly brutal "Pigs in Space" sketch. 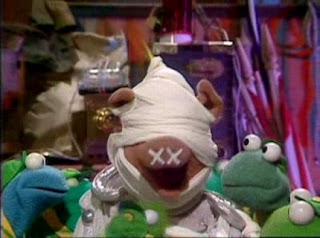 If you couldn't tell, he had a broken nose.

The jokes never go beyond the surface level of funny merit badges or the troop's overeagerness, but this wouldn't be the last we saw of the Frog Scouts.  They would continue to appear in other publications, continuing their display of silly badges, because that's all there is to say about Scouts, right?  All those crazy badges, you know?! 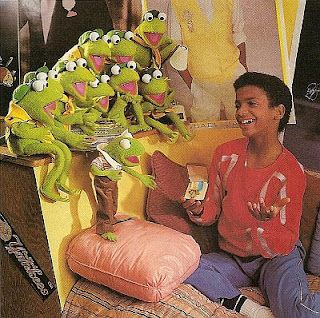 A young Alfonso Ribeiro (a.k.a. Carlton Banks from The Fresh Prince of Bel Air) receives the "Boogie Badge."

In picture books, the Frog Scouts would undergo a familiar routine where the adults, in trying to teach them survival skills, always ended up needing to be rescued by the young Scouts. 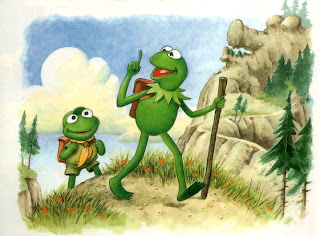 Even Kermit suffers from this fate.

But the Frog Scouts' greatest moments occurred during Nickelodeon's "Muppet Time" segments that aired during reruns of The Muppet Show.  Here, we got to see the Scouts all on their own, out in the element, using their wits and teamwork to survive tough situations. 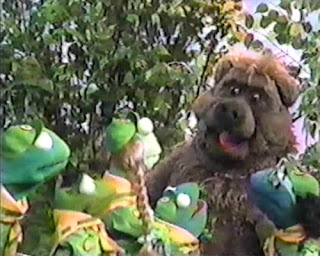 Except for Robin, we never learned the names of these frogs, but they each had a distinctive personality  from which comedy (and life lessons) could ensue.  For example, never underestimate string.

If you watched that clip, you may have noticed that one of the Frog Scouts is a girl.  It seems that the Frogs Scouts is an equal-opportunity organization, which creates a stark contrast with the Scouting organizations it's based on.  Much controversy has arisen over the Boy and Girl Scouts approach to creating better citizens by explicitly excluding certain individuals from joining.  Apparently, intolerance is a virtue.

But the Frog Scouts are not like that.  Watch the next clip as a new member tries to join their group.

The group initially hesitates for taking in the new member.  It isn't because of her gender or her beliefs. It is because her talent doesn't seem very crucial to wilderness survival.  But, once she shows that she can benefit the group with her talent, they realize they were quick to judge and allow her in.

Going back to the original Frog Scouts episode, we can see that this has always been a part of their practice.  Why, at the end of the episode, they make Debbie Harry an Honorary Frog Scout!  She isn't even of the same species, yet they accept her all the same!  For comparison, Honorary Boy Scouts have all been Christian males, just like regular Boy Scouts. 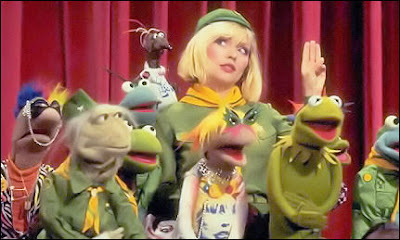 Even in this simple episode, the Muppets were being startlingly progressive.

As a safe haven for children to explore the wilderness, learn about life, and form friendships, the Scouts offer great lessons and valuable services.  But, if given the option, I would choose Frog Scouts over any of the other organizations.


Boys have Boy Scouts.  Girls have Girl Scouts.  Anyone and everyone has Frog Scouts. 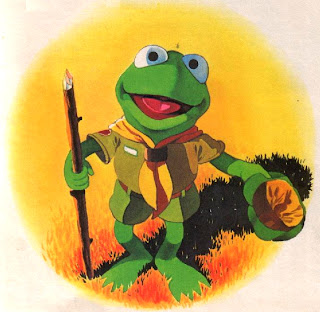