The Boss still doesn't see the issue with Kermit's situation, so Daniel the Angel tells her to watch some more.  That was a pointless interlude.


Kermit consults with Dr. Bunsen who, by way of a needless Beautiful Mind parody (in which they actually use the phrase "a beautiful mind" in case you didn't catch the joke), determines that in order raise enough money to settle the debt, it would take a miracle.  Basically, it's an impossible feat. 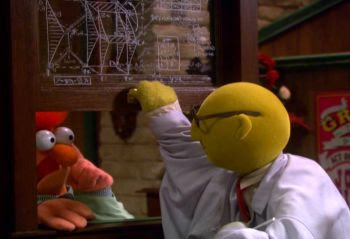 So, was this part necessary?

Kermit rallies the gang and tells them that in order to successfully put on a show that could raise enough money, everyone would have to forgo their paychecks.  Everyone, save for Miss Piggy, decides that the Muppet Theater is worth saving and agree to help Kermit put on the best show possible. 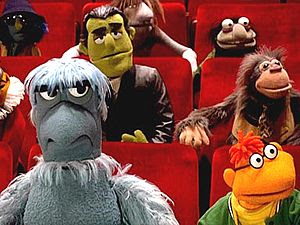 Even Sam offers to stop taking Propecia to save money.  This movie!  What are you doing?!  Stahp!

Meanwhile, in the Bank of Evil, Rachel Bitterman promises Pepe sex in exchange for the knowledge about the existence of the theater's contract for payment.  The knowledge is that Pepe has given her the only copy.  Great. 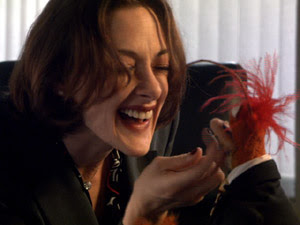 This movie is making me sick now.

Oh, and Bitterman is going to tear down the theater and build some nightclub called "Club Dot," because of course she is!

Back at the theater, the Muppets start putting together a Christmas show that doesn't look half-bad. 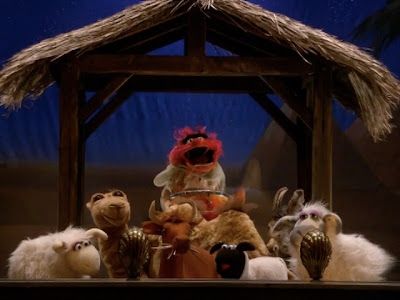 Animal as the Little Drummer Boy?  I can't wait to see this!

But Kermit realizes that he still needs a celebrity guest star to draw in the big crowds.  This is just like The Muppets.  It's like they stole plotlines from the future!  After calling through the biggest stars of the day (Kelly Ripa, Molly Shannon, and Triumph the Insult Comic Dog), Kermit comes up short with no takers, although the exchange with Triumph is golden.  He's says what we're all thinking.

*Sigh*  So where's Piggy now?  Why, she's landed herself a guest spot on TV's hit new comedy, Scrubs!  As a corpse.  And this is the part where the movie seems to be hitting us over the head with the "Watch NBC!" message.  Earlier, the code to the Boss's area produced the NBC jingle, and now, we get a five minute commercial for Scrubs.  And yes, it did last almost a decade, but it is still such a dated synergy-tastic reference.  What if Scrubs had been cancelled that year?  I mean, I enjoy Scrubs, but it just feels horribly out of place. 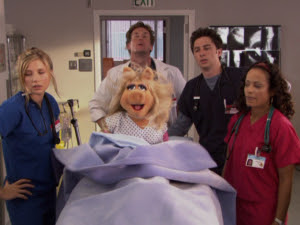 Now is probably a good time to mention that It's a Very Merry Etc. went through a major script rewrite.  The original was written by Jim Lewis, a long time Henson writer who is responsible for some great material.  The second version was written by Tom Martin, a television sitcom writer who was brought in to make it more "television like."  And, boy, does it show.

Anyway, Kermit gets Piggy to agree to come back, meaning that subplot was pointless. 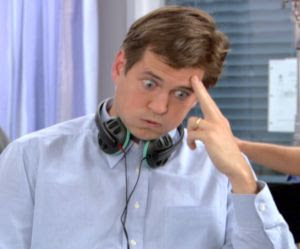 Back at Bitterman's Lair, Pepe overhears Bitterman explaining to her idiot lackey that she is going to alter the only copy of the contract to change the deadline to 6pm as opposed to midnight, thus ruining the Muppets' chances of getting the money in on time.  And, because her manservant is thickheaded, she has to explain it several times slowly.  You know, when a movie or TV show does this, they are really doing it for the benefit of the "slower" members of the audience while disguising it as a "humorous" moment.  It's belittling. 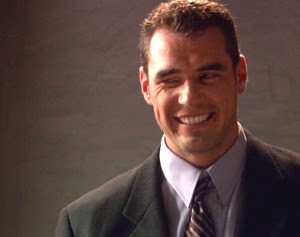 I had the exact same issue with Of Mice and Men.

Back at the Muppet Theater, the show is about to start...which means it must be before 6pm.  Is this an afternoon show?  Odd.  Anyway, Kermit and the gang rejoice because they have managed to sell enough tickets to cover their debt!  Hooray!

Wait, I thought it would take a miracle to do that.  You're slipping again, movie continuity. 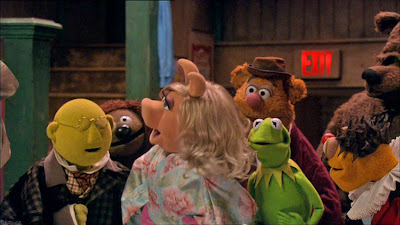 We raised all the money!  Everyone lived happily ever after!

As the show starts, Pepe runs in attempting to tell Kermit about Bitterman's ploy (which shouldn't matter anymore since they just raised all the money) but Kermit doesn't pay him any attention and the prawn gets dragged on stage by some rat-deers.

Somehow, I doubt things are going to get better for Kermit.  Tune in tomorrow as we see The Muppet Christmas Show, which spent 30 years in the making!
Posted by John H. at 7:13 PM