In 1996, the Jim Henson Company produced a show based on the delightful universe created by Dr. Seuss known as The Wubbulous World of Dr. Seuss.  All sorts of familiar Seussian characters would learn life lessons in their funky new setting, and it was only a matter of time before they had their Christmas episode.  And while one of Dr. Seuss's most famous creations is heavily tied to Christmas (and his story is referenced in this episode), we instead focus on a different set of characters for this tale.

In "Mrs. Zabarelli's Holiday Baton," the citizens of... Seussville(?) gather for their Jingle Day Pageant.  Jingle Day is technically not Christmas (which is referenced during the pageant), but it occurs as part of the holiday season.  Jingle Day is the shortest day of the year, and the pageant occurs all night long.  At the end, when a little child tinks the Klink, the sun rises, signaling the end of the day.  As we begin the story, little Annie DeLoo has been selected to be the Klink Tinker, but she is nervous to carry on such a huge responsibility. 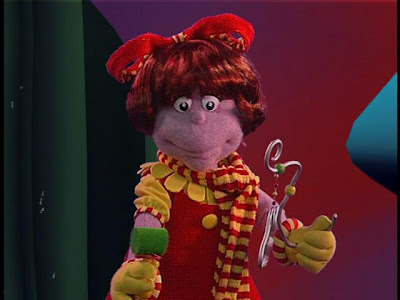 Yes, the Klink is just a misshapen triangle.  It's not that difficult.

Conductor and director Mrs. Zabarelli encourages little Annie, with the wise words, "We don't know what we can do until we try."  And sure enough, Annie raises the sun with her tinking. 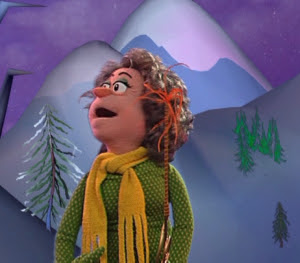 Mrs. Zabarelli has kept the planet safe for another year.

Many years later, Annie DeLoo, now a young woman, is Mrs. Zabarelli's second-in-command, assisting her with the annual pageant.  However, Mrs. Z has been performing her duty for 49 years, and decides it is time to pass her baton to Annie.  The performers, who were already having trouble getting organized without Mrs. Z's presence, sink into chaos under Annie's command. 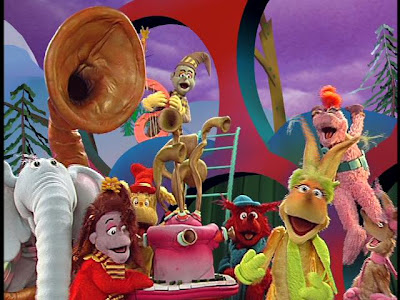 Although they managed to get organized for a song about how they wish Mrs. Z was with them.

One by one, the cast leaves the rehearsal process, until it is only Annie, Horton, and Horton's son Morton left to perform the pageant and tink the Klink.  Annie doubts herself, becoming quite depressed over the fact that she'll never be able to pull off something as grand as the Jingle Day Pageant.  But, with the repeated advice from Mrs. Z, she realizes that she has to try. 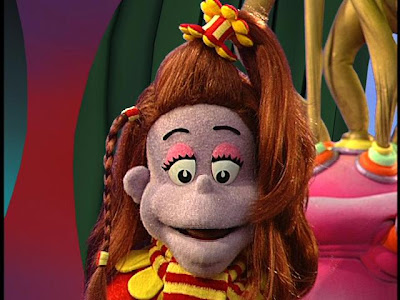 She also realizes that she looks like Deb from Napoleon Dynamite.

So, the three individuals start to perform to an empty audience.  But their music travels far across the town, and slowly, people are driven towards the sounds.  The rest of the cast joins in the show and by the end, Morton is able to tink the Klink (now with reassurance from Annie) and raise the sun. 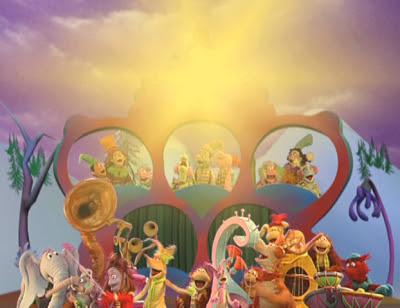 And so, Annie DeLoo got over her fears and gained confidence.  And 49 years later, she passed her baton down to the next anxious little girl. 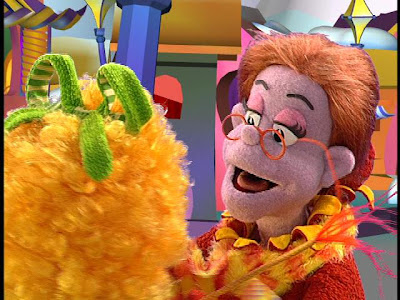 It's a never-ending cycle.

Apart from the set dressings, this episode isn't necessarily Christmasy.  The plot could have occurred at any point in the year.  But it's still a sweet little story teaching us about responsibility.  Because, as we grow up, it becomes our turn to host holiday dinners and parties, rather than just attend them.  And with the memories and traditions remaining so wonderful in our minds, there can be a lot to live up to when we're placed in charge.  But Christmas will be Christmas, no matter how much we mess it up.  So relax, and try your best.  You'll be surprised at what you can do.
Posted by John H. at 11:48 AM