The Greatest Gift of All

On Christmas Day, 1985, Sesame Street got a little stranger.

In 1974, Roscoe Orman, who played Gordon, had originally pitched the idea that Susan and Gordon Robinson should have a child, but the idea was shelved since taking care of an infant on a TV show would be a huge responsibility (especially, when Gordon and Susan have all of those puppets to take care of).  10 years later, Orman had a son named Miles and Caroll Spinney (or his wife) suggested that the baby should play Gordon's son.  This was prior to the relationship of Luis and Maria, and while birth had been dealt with previously on the show, it was never the child of a permanent cast member.  Besides, Miles was already 11 months old.  It would seem kind of hokey to pretend that Susan got pregnant and had a full-grown infant all of a sudden.

So, the Robinsons chose to adopt. 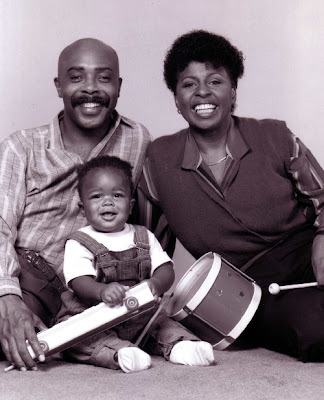 The producers decided to introduce Baby Miles to the neighborhood over the Christmas holiday since families would be able to watch with their children and share in the experience.  On Christmas Eve, Gordon and Susan prepared for the big day. How to Put Together a Crib: Step 1: Make sure you have a giant bird present at all times.

Gordon and Susan are filled with excitement as they struggle to prepare the apartment for Miles.  They are almost radiating with glee, so, although they must remain the rational adults in this situation, they can't help but give in to their joy.  At night, Gordon lets out a "Whoopee!" at the prospect that he is about to be a father, proving that Miles is ready to enter a completely loving environment.

The whole situation is seen through the eyes of Big Bird, who has practically been adopted by Gordon and Susan himself.  The origin of Miles is barely discussed, with the only explanation being that "some children need people to take care of them."  This was done to alleviate fears from the viewing audience, and Big Bird accepts this without question.  However, since Miles is treated like a baby brother, there are still some anxieties from Big Bird.

First, he doesn't understand that, as a baby, Miles won't be able to play with him right away, even if he is no longer a newborn.  He prepares a surprise party filled with games and toys, but Gordon and Susan don't have time to stick around.  As they leave to pick up Miles, Big Bird begins to worry that they'll run out of love when the baby is around, as per suggested by Telly. 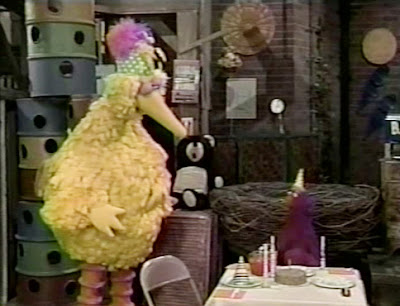 This is why you should never listen to Telly when you are having an existential crisis.

As soon as the new parents return home, they have to quickly rush inside to take care of Miles, leaving no time for Big Bird's party.  Big Bird gets swept up in the ruckus and tries to remain relevant as Gordon and Susan change their first diaper. 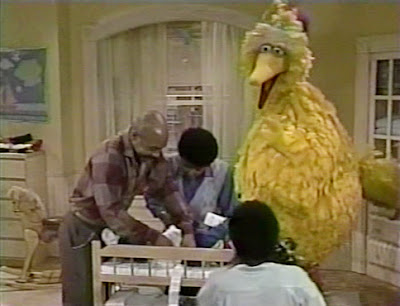 Hopefully, baby Miles will not be traumatized by any of this.

But all of Big Bird's fears come to fruition as it becomes evident that Miles demands more attention than he does now. 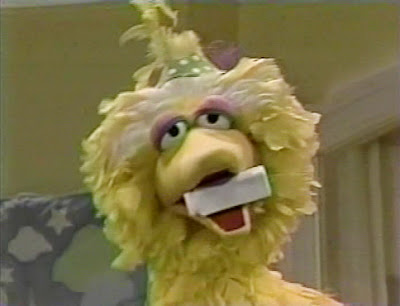 All Big Bird is good for now is holding baby powder.

When Miles finally falls asleep, Big Bird jumps at his chance, but is once again shut down and told to be quiet.  At the end of his rope, Big Bird becomes a basket case, and Gordon has to pull him aside and reassure him that it's impossible to "run out of love."  A baby is a large responsibility and now he will have less time to play with Big Bird, but that doesn't mean his love will decrease.  Big Bird learns that it is important for the baby to receive more attention, and him less.  Each of them are at different stages of their lives. 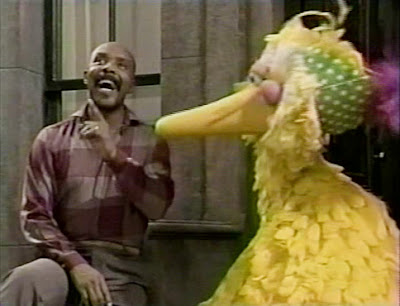 Big Bird happens to suffer from arrested development, so his concerns are justified.

Big Bird accepts his new situation and, finally, everyone can meet Miles proper at Big Bird's party.  The next few episodes continued the introduction of the baby, as Big Bird and others learn more about what being a parent/older sibling entails.  It means a lot of sacrifice, but loving parents wouldn't trade it for the world.  Everyone can enjoy the gift of a new life. 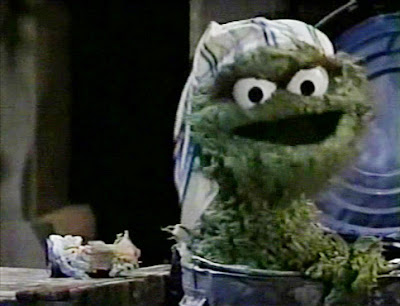 Even Oscar loves the fact that the baby keeps everyone up all night long.

That Christmas, everyone on the street received the greatest gift imaginable.  Yes, the gift comes with great responsibility and a relinquishing of old standards and comfort.  But it was a change that all needed to experience.  Gordon, Susan, Big Bird, the children at home, and especially, Miles.  Miles found a new home, probably the most loving home any baby could possibly find themselves in.  Many children grew up on Sesame Street, but Miles was the first to have the chance to grow up on Sesame Street. 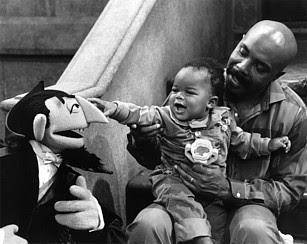 Unfortunately, he never developed a healthy fear of vampires, as a result.

To all of you, a Merry Christmas!  May you receive what you desire, what you need and what you deserve, and may the love in your life never diminish.
Posted by John H. at 10:51 PM