Shalom Sesame's original 1990 "Chanukah" episode was sufficient for teaching children about the story and values of Chanukah.  But now it's 20 years later, and it is in much need of a makeover.  An extreme makeover if you will.

That is a clip from the revamped Shalom Sesame's episode, "Chanukah: The Missing Menorah."  Although the original episode had it's own share of television parodies with "Dreidel of Fortune," the sharper "Extreme Makeover: Temple Edition" shows just how far the show has come since the early days.  And while Moishe Oofnik is still peddling his 2,000 year old sufganiot, there is enough new material featured in this episode to remind us that all Chanukah specials don't have to be exactly the same. 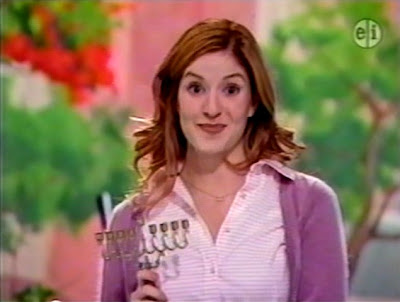 For one thing, this one has a plot!

When Anneleise's menorah goes missing (after a mishap involving a giant chicken and Grover's latke), the whole street springs into action searching for it.  And after a pain-staking search...

...that only lasts a minute, Abigail finds the menorah in the bushes.  Crisis averted! 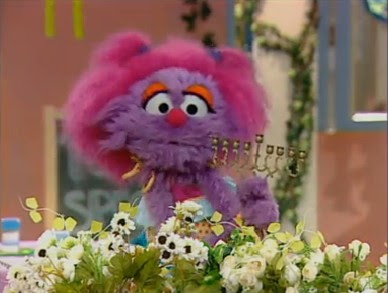 It's a Chanukah miracle!  Also, a logical conclusion since that is where Anneleise dropped it.

Okay, so the "mystery" of the episode is shorter than a Bazooka Joe comic, but there is still plenty to this episode.  Clips from Elmo's World: Happy Holidays are reused to once again teach us about the dreidel game and other customs.  But for an audience who hadn't seen that episode, it works just fine here.  However, the rest of the inserts help round out the episode.

For example, we learn how to say and spell the month of Kislev,...

...Grover takes us to the caves of Beit Guvrin,...

...and we learn how olive oil plays a major part in the holiday, being used for lamps, latkes and sufganiots.  This is my favorite part of the special, because sometimes, it's the little things that make us appreciate the holidays.

Christmas may get the flashier specials, but Chankuah doesn't require the glitz and glamour.  It is a simple tradition that holds a lot of meaning to families all around the world.  It's not just a miracle that the oil lasted 8 days.  It's a miracle that it lasted over 1800 years. 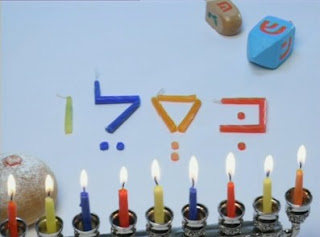