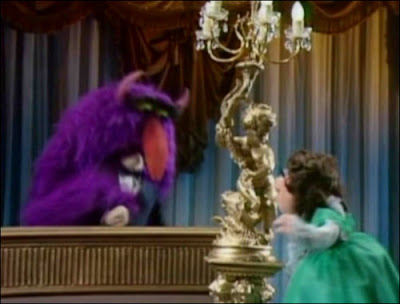 The monster that ate everybody.

Gluttonous monsters are no strangers to the world of the Muppets.  So, when Vincent Price brings in his two guests for a panel discussion on gourmet eating, it is clear from the start how the event is going to go down. 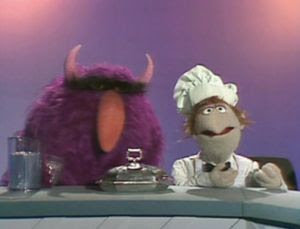 One of these guys is going to be dinner.

Why is He the Most Important Muppet?

He was a representation of The Muppet Show's nihilism. 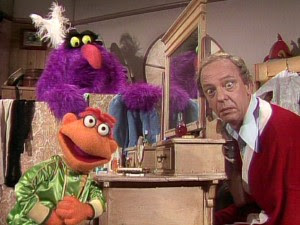 He was also a chorus girl.

Nihilism is not merely the belief that the world is pointless and morality is null and void.  It is the acceptance that the universe exists in this fashion.  Gorgon Heap was not nihilistic. He was merely hungry.  But his role served to support the nihilism of others.

Take his very first starring role in "Sherlock Holmes and the Case of the Disappearing Clues."

As Sherlock Rowlf is called in to investigate a murder, all signs point to the butler Gorgon as the culprit.  He claims his innocence and when Rowlf uncovers piece after piece of damning evidence, Gorgon swallows them up. 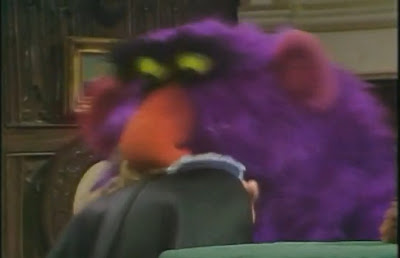 Even Miss Piggy, the maid who saw the crime, is quickly disposed of.

Rowlf accepts Gorgon's illegal tampering of the evidence and decides to arrest his partner Watson for the crimes...until Watson disappears.  Then it is decided that no crime ever even existed and everyone can go home.

This forced ignorance to the obstruction of laws and morals follows Gorgon wherever he goes.  His appearance may change, but his rationale remains the same.  And nobody on the show minds.  He eats Pierre?  Okay, that's fine.  Wayne is gulped down?  Doesn't bother us.  Miss Piggy too?  Ehh, she could get annoying at times.  Our beloved host Kermit the Frog?  Well, everyone's gotta go at some point.

Gorgon is the mirror that we must holdup to society.  Our natural ability to turn a blind eye to the atrocities of the world while be our inevitable downfall.  If we aren't safe, all those we care about can disappear in an instant.  It is not the monster we should fear.  It is ourselves.

I mean, with Kermit the Frog gone, who are we going to turn to to lead us...Lenny the Lizard? 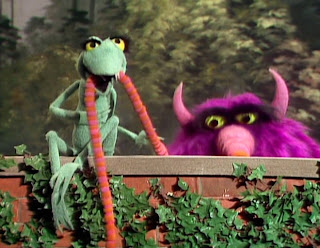