A Picnic is No Picnic

Sesame Street and its continued success was the result of a collaboration between many, many talented artists.  The animated segments are as much a part of the show as the Muppet and Street Scenes, but I have neglected to include them, usually due to their lack of Henson involvement.  But as I've learned, Henson surrounded himself with wonderful people, and their talents should be lauded as much as his.

So let's look at Bud Luckey.


Bud Luckey, now best known for his animation work with Disney and Pixar, was making classic cartoons ever since the '60s.  He was partially responsible for animation on Rocky and Bullwinkle as well as helping create some famous cereal mascots such as Tony the Tiger, Toucan Sam, and Snap, Crackle, and Pop.  He met up with Henson along the way which connected him to Sesame Street where he was able to create his own animated pieces to accompany his folksy tunes.

"Ladybug Picnic" is his best known work from the show, probably because it accurately depicts what comes to mind when one hears the phrase "Ladybug Picnic."  A dozen cute little lady beetles sit around, play games, roast marshmallows and discuss current affairs and furniture prices.  But, like all great Muppets, even a simple picnic is filled with turmoil. 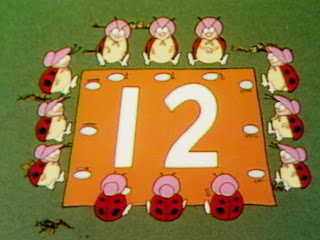 The 12 Apostles gather for the Last Supper before Capture the Flag begins.

The sack race is a failure as the bugs topple over and their jump rope snaps in two, leaving them with little else to do.  Even their campfire gets out of hand and the fire department has to step in to rescue them.

Great artists are able to create fully formed universes with even the most basic of material.  Gems like "Ladybug Picnic," or Luckey's Academy-Award-Nominated Boundin' suggest a more simple, laid-back life in which animals and people just do their best to get through the day.  Although he has currently lent his voice to some of animation's more depressing characters (like Chuckles the Clown from Toy Story 3 or Eeyore), he never crosses into the territory of morbid, dark, and unsettling. 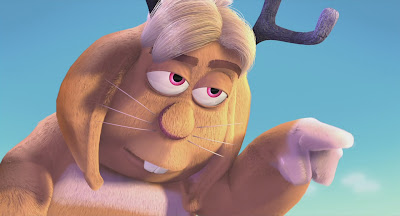 Well, depending on your point of view.