This Show is Out of Control!

Where to begin with Muppets Tonight?

This show exists on a fine line between "too familiar" and "radically different to what had come before it."  There are so many new characters, sketches, and stylistic choices that to call it an extension of The Muppet Show feels wrong.  The show both fails and succeeds at what it's trying to do, and I just cannot wrap my head around it.

There are some terrible episodes and there are some great episodes.  Almost every single element of this show can be dissected and it will take me weeks to say everything I want to say.

So I have to pick one thing.  One thing that represents this show in a nutshell so that I can at least build a foundation from which you can understand where the rest of this show is coming from. 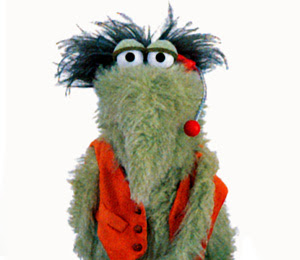 And here is that thing.

Even if you watched the show back during 1996, you probably only vaguely remember this character.  This fellow is Nigel (not to be confused with that other Nigel, although I'm sure this was an intentional allusion).  He was the stage director in the control room of the KMUP television station.

And he was bipolar.

He would switch from calm and collected to frantic and flailing at the drop of a hat (or a cow).  Usually, when something went wrong, he'd be the one yelling for people to fix it.  This happened often.  One of the biggest differences between Muppets Tonight and The Muppet Show was that the onstage portions were rarely seen in full in this new version.  Often the focus was backstage and the performing acts were secondary to everything else.  The only sketches that weren't interrupted were pre-recorded recurring affairs, similar to "Pigs in Space" or "Veterinarian's Hospital."

And every time we left the stage, Nigel would be in the background, subdued or about to kill somebody. 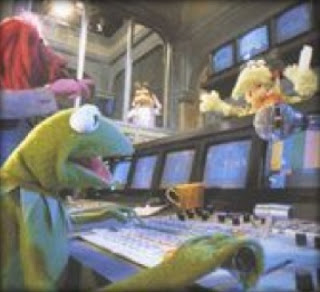 This picture is inaccurate.  Nigel should be a complete blur.

The theme song to Muppets Tonight was our first indication that things were going to be different.  Watch, and count how many Muppet Show Muppets appear.

This show was "guaranteed brand new," literally.  Nearly every puppet that paraded through that number was an original creation for the show.  So why does this still feel like a "Muppet" show?

Well, as we know, Jim Henson was preparing the next version of The Muppet Show, so it's not as if this were just a product capitalizing on his name.  In fact, it was his son Brian Henson who created and led the whole production of this show.  He was the main director and he wanted to ensure his father's legacy lived on. 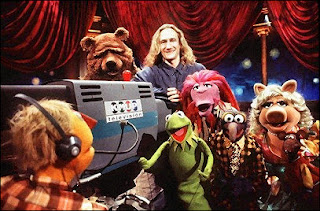 Brian Henson and the main cast.  And Miss Piggy and Kermit, the supporting cast.

Henson oversaw the next wave of Muppets.  A series of new and old puppeteers would use new characters to explore different stories than the kind featured before.  We still had the theme of trying and failing to put on a show, it was just with a younger generation of characters.  Kermit and Piggy were the alumni, here to usher in the new class (in fact, 50% of their jokes had to do with their increasing ages). 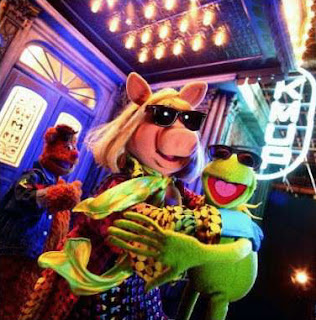 And yet they were used in all the promotional material.

We shall cover the new characters later (as most of them became accepted members of the Muppet universe), but for now, it is important to remember that for any failings this show had, it at least tried to be it's own thing, even though it had to please the audience who wanted more of the classic Muppet bits.  Brian Henson was doing his best, and it was surely a stressful position to follow in his father's legendary footsteps.

Oh, and did I mention that Brian Henson played Nigel the director? 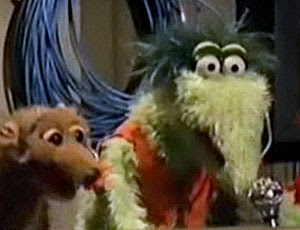 It all makes so much sense now!

Muppets Tonight was doomed from the start.  It had to recreate the original's aesthetic while also standing on its own merits.  The show did it's best when it committed to one path (either being wholly original or wholly referential), and it suffered when it tried to blend those two concepts.

This show was bipolar.  But that just makes it all the more interesting.
Posted by John H. at 11:52 PM