Ruby Monster: Be Yourself

During the '80s, Sesame Street attempted to increase the presence of their female characters by inventing a slew of "new faces."  This involved pushing background characters to the forefront and creating "girl versions" of established characters.  And so, a new female puppeteer was hired. 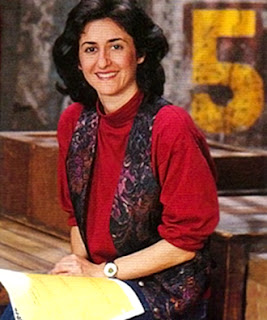 Newcomer Camille Bonora took on the responsibility of performing many of these female counterparts, leaving her with very little original characters. 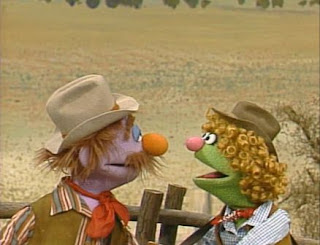 She took on the mantle of Forgetful Jones' girlfriend, Clementine,... 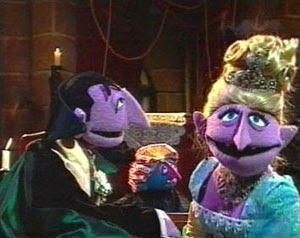 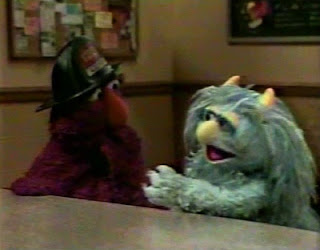 ...portrayed Juliet Monster, who was just as neurotic as Telly,... 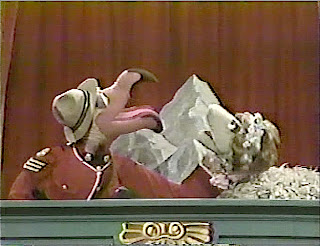 ...and found her biggest role in Meryl Sheep, another dramatic performer similar to Placido Flamingo.

Camille was stuck with pale imitations of already well-known Muppets, so this ploy did little to help the situation.  Yes, there were more girls now.  But they were all one-note characters without any depth or unique qualities, making the whole exercise pointless.

But she had one character who stood on her own.  One that couldn't be easily described as "[Muppet name], but a girl."  It was a new monster who could carry episodes on her own, without the aid of other characters.  Like a breath of fresh air, Ruby Monster moved onto Sesame Street. 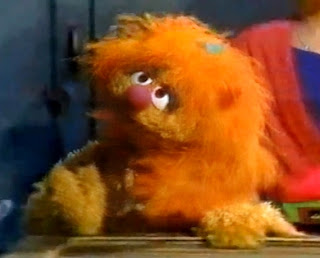 In what appears to be Ruby's very first appearance, she meets with Gina as they examine the contents of their handbags.  Each note that they have similar items (combs, address books, tissues, etc.) but after they are done comparing, Ruby picks up her handbag and starts playing with it like a toy truck.  And then we knew we were seeing a new kind of Muppet. 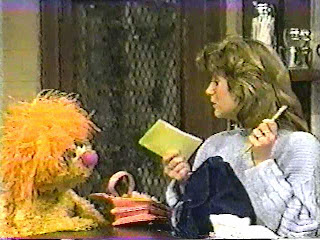 Because handbags are boring if they don't go "Vrooom!"

Ruby was going to be the girl that proved it was okay to not do "girly" things just because they were expected of you.  If she wanted to play with trucks, no one had any right to stop her.  Her most famous appearance is her role in the song "Guys and Dolls," spoofing the musical of the same name.  Here, Herry Monster shows off his love of playing baseball and playing with dolls, while Ruby enjoys her stuffed animals and trucks.

The clip doesn't hit you over the head with its message.  It's just observing that children have favorite toys and they decide what they like based on their own personalities.  There is no need for gender roles to make an appearance.  These kids know what they like and they do it.

Ruby had another passion as well, and that was her desire to understand how the world works.  But she wasn't just content with asking questions.  She needed to experience things first hand, so she would often conduct scientific experiments.  In one episode, she spends a whole day standing in the rain, trying to find out how wet she will get. 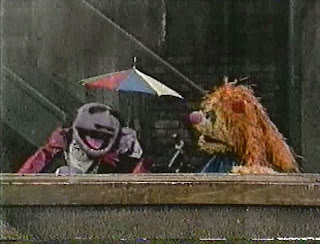 Spoiler Alert: She gets soaked.

In another, she tries to find out if it is possible to tell if the sun is rising without using her eyes. 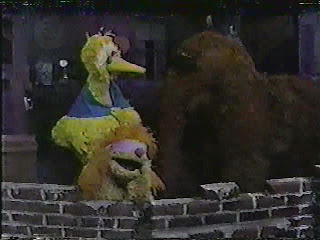 The answer is yes, but I'll let you figure that one out by yourself.

Ruby may not have been the smartest monster on the street, but she was aware of her limitations and could cleverly devise ways in which to find the solutions to her problems.  She was teaching children to be self-reliant.  When she developed an interest in music, she discovered a way to participate with top musicians, even though she had to keep practicing her instrument in order to get really good.

Unfortunately, Ruby never caught on as a major character, despite her great qualities and unique personality.  It's not very clear why she faded into the background, but it's sad that she did.  Later female Muppets would get a lot of flack for being "too girly," stating that they only perpetuate stereotypes rather than subvert them.  Ruby presented a great counter to that argument and would probably be very welcome today.

For Ruby, things weren't divided into "boys' stuff" and "girls' stuff."  It wasn't as if she was just a tomboy who shunned girly things.  In fact, in one episode, she imagines growing up, being a mother, going on a shopping spree.  But she also imagines being a veterinarian and driving a car.  She doesn't distinguish between these dreams, because these are just what she enjoys doing. 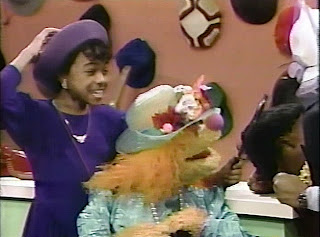 And with her fashion sense, it's a good thing she has other pursuits.

Ruby was exactly what Sesame Street needed.  Camille Bonora left the show in 1997, so it's highly unlikely we'll see Ruby ever again.  Fortunately, the current cast has followed in her footsteps and continued encouraging children to be themselves.  Her independent spirit lives on. 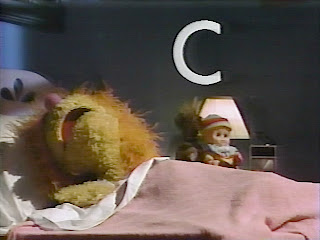