The Muppets have been with us for so long that, at times, we forget that we are watching solely puppets.  The puppetry may be simple or complicated but in the world of the Muppets, anything is possible.  We stop thinking about how they made Kermit ride a bike and we sink into the story in front of us, as if it were all animated.  Those who work in computer animation spend a lot of time making insignificant background details look realistic just so people ignore it.  If it looks incorrect, people will be more likely to notice.  The same is true of The Muppet Show.  Moments that draw attention to the production are what pull us out and remind us that we aren't watching actual characters.

Henson was obviously a fan of puppetry and he spent time studying and inventing several techniques to achieve the effects he wanted.  Through this research, he began to admire other acts that involved puppetry in some way.  Early in the series' run, there were two episodes featuring puppeteers as the main guest stars. The experimental Swiss theater group Mummenschanz showcased their incredible and unique talents during the first season.  And a second season episode featured Henson's idol, ventriloquist Edgar Bergen.  Occasionally, Henson would recruit independent puppeteers to perform single segments on episodes where they were not the guest star, allowing different styles of puppetry to be shown.  In each of these cases, the inclusion of these fellow puppeteers was to show appreciation to their craft.

But one episode took it all a step further and expanded the theme of puppetry throughout the entire episode.  This was "Episode 508: Señor Wences." 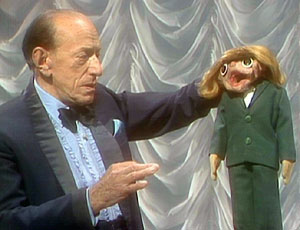 The Inception of Muppet Show episodes. (Part 1, Part 2, Part 3)
At the start of the show, Kermit tells us that this week, the Muppets will perform a puppet show "for the first time."  Many self-referential jokes occur, including Gonzo finding the concept of "wiggling dolls around" to be crazy, but this theme goes much deeper than self-parody.
The first act includes Pinocchio singing a rendition of "Puppetman" by Tom Jones, which takes the metaphorical "romantic" lyrics and sings them literally to Geppetto, who is played by Pops, another puppet.  If your head isn't swimming yet, wait until you see what comes next. 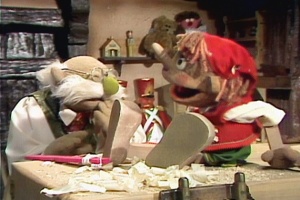 How could they tell if this Pinocchio became a "real" boy?
Señor Wences begins performing some of his well-known routines.  At the time this episode was filmed, Wences was 84, making him the oldest guest star to ever appear on the show.  For those unfamiliar with him, he was a Spanish ventriloquist who became very popular during the 1930s and he shot to stardom thanks to The Ed Sullivan Show in the '50s.

Young Wences and Johnny.
His usual characters involved Johnny, a little boy played by his hand with eyes and lipstick painted on attached to a doll's body (as seen in the picture above).  He also featured a dummy's head in a box named Pedro, whose gruff "S'alright?" "S'alright." catchphrase has been emulated by many.  The marvel of Wences performance is that his ventriloquism is flawless.  He can do the smoking/drinking while the puppet talks trick, he can simulate changes in acoustics, he can have phone conversations with himself, and he can have five characters carry on a fast-paced conversation at once without slipping up!  Throughout the show, he performs each of these stunts and each are hilarious and mesmerizing.
Inspired by Wences, the other Muppets start getting the puppeteering itch and start their own acts.  The Swedish Chef performs "These Boots Were Made for Walking" by assembling a puppet made out of bread dough and his fingers.

The only time something went right in his kitchen.
Beauregard practices his own routine involving "Punch and Judy"-like puppets, much to Kermit's amusement.  Although he has trouble understanding the mechanics of a puppet show (namely, not getting involved in the story), he eventually puts on a classic violent spectacle.  This is then mirrored by Miss Piggy taking out her aggression on Kermit for canceling her performance in the usual Piggy fashion. 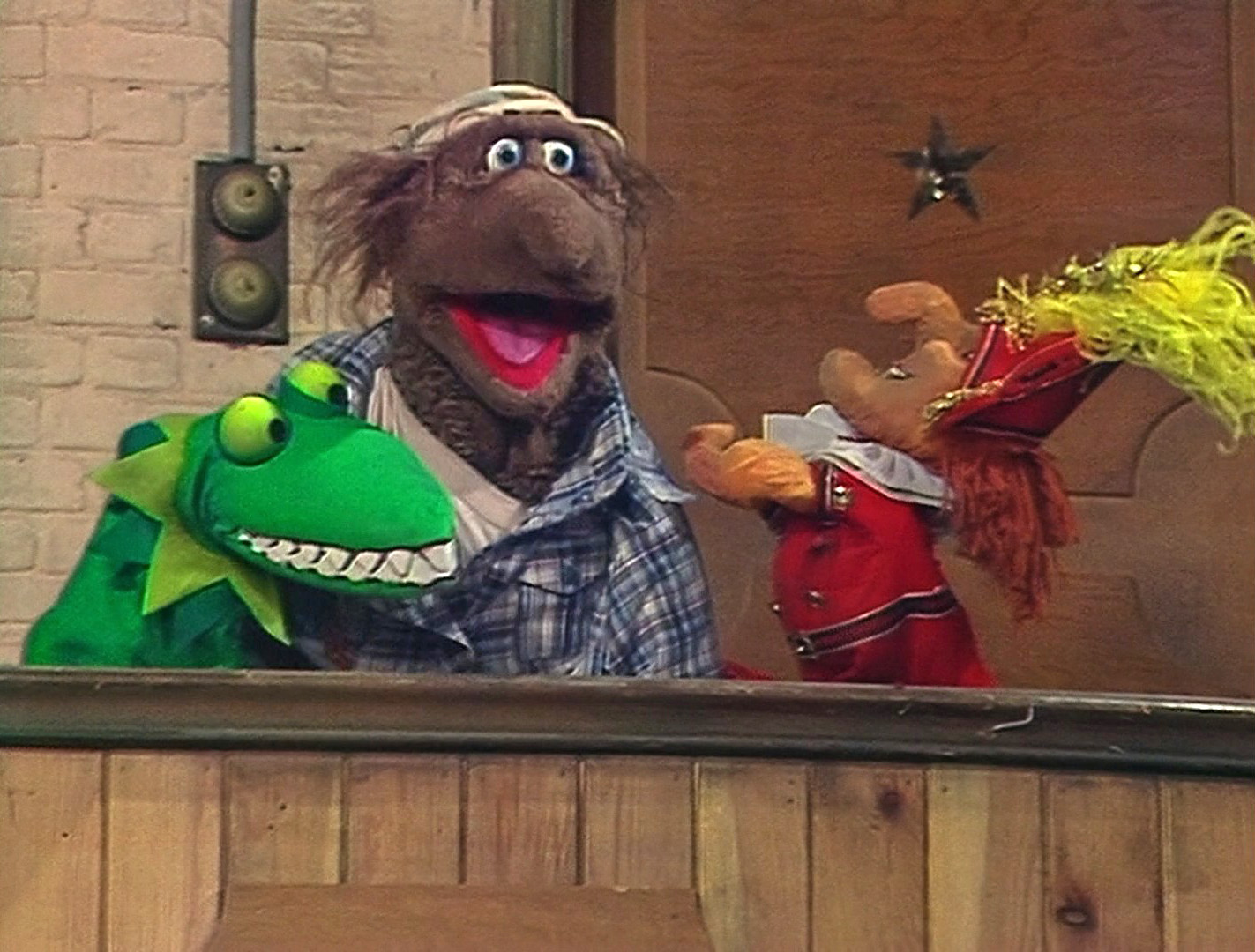 Who puppets the puppetmen?
And, in a creepy twist, Fozzie tries his hand at puppeteering a marionette clown, who doesn't like to have his strings pulled by a foolish bear.  So he turns the tables on his captor. 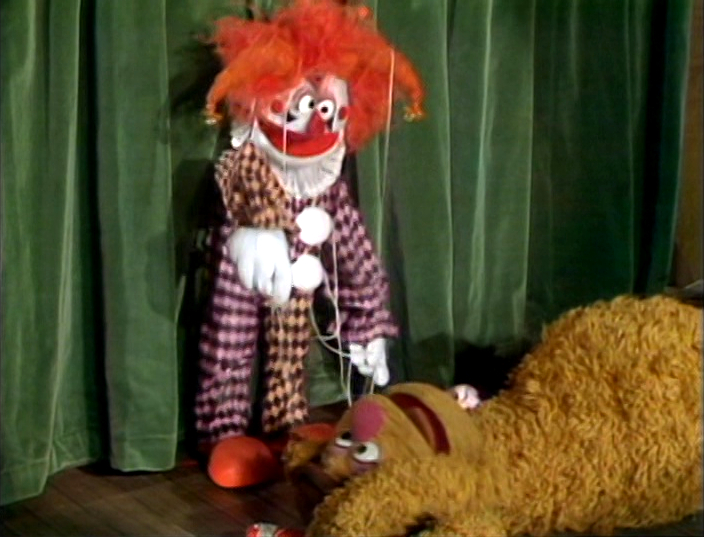 Sweet dreams!
Finally, in addition to all of the meta-puppetry that is occurring in this episode, another guest Bruce Schwarz is on hand to perform a Japaense ghost story in the traditional bunraku style (where the puppeteer is masked by shadows).
This is a breathtaking episode that really pays homage to the many roots and styles of puppetry.  One of the goals of The Muppet Show was to introduce the audience to new art, and this episode is quite successful.  By taking the concept of controlling puppets to the next level, the show respects the past while making innovations for the future.
A puppet doesn't gain a soul until a puppeteer awakens it.  And, as seen tonight, an awakened puppet can breathe new life into another puppet.  There is no limit to the imagination.  Such is the power of the puppetmaster.
Posted by John H. at 10:56 PM