Out of the Mouths of Jive-Talkin' Babes

From the very beginning, the whole purpose of Sesame Street was to present a kids show that resonated with inner-city youth of the '60s and '70s.  The world created would be familiar and welcoming, allowing children at home to connect with the colorful characters that came on screen.  This audience suffered the most in their educational test scores and required more attention that other educational children's programing was not providing for them.  Over the decades, Sesame Street has not strayed too far from this original concept, but it did lose one controversial character that would have kept the show stuck in the '70s forever.  I'm talkin' about Roosevelt Franklin.  Can you dig it? 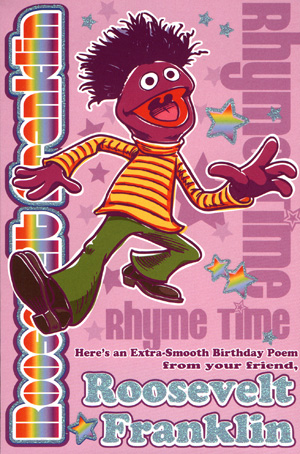 Who's the magenta boy that always shares his toys?
Roosevelt first appeared as a deep-voiced two-year-old in short song-sketches.  He would be getting his groove on while his mother preached at him for not practicing his counting or alphabet.  But then he'd prove to her that he knew what was what as he sang a hip-hop tune showcasing his knowledge.
The Alphabet
Counting to Ten
An interesting thing to note is that unlike the other puppets on the street, Roosevelt and his mother were portrayed by Matt Robinson and Loretta Long (who played the human adults Gordon and Susan at the time).  Robinson actually helped create the character in order to give African-American children a positive role model on the show (though that status is up for debate). 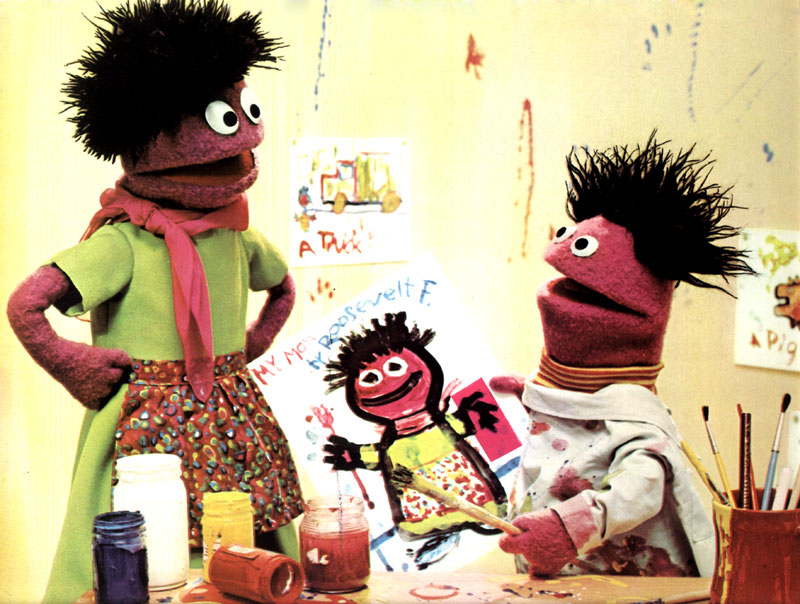 Henson specifically designed the mother to be able to put her hands on her hips.
But Roosevelt didn't really take off as a strong presence until the recurring and paradoxically-named "Roosevelt Franklin Elementary School" sketches began. 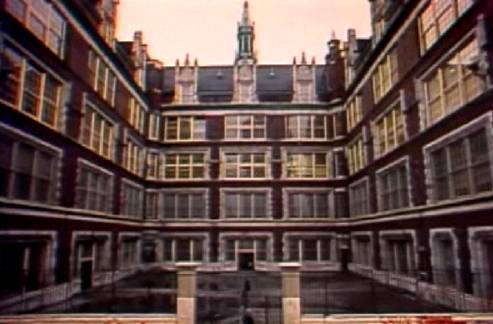 It was never made clear whether he was named after the school or vice-versa.
Here, a typical sketch would examine the moments in Franklin's classroom before his teacher showed up to class.  The school is modeled after the poorly organized inner-city schools where students are ignored and little effort is made to further their education.  (Having watched all of these sketches, I can tell you that the teacher never appears once, suggesting that she has abandoned her rowdy classroom.)  The popular Roosevelt would choose these moments to take charge of the classroom and teach his peers a valuable lesson.  Sometimes it had to do with regular Sesame Street fare like opposite words or how to spell.  Other times he took on subjects he found to be more personally relevant.


In the above sketch, fellow classmate Smart Tina shows that her view of the African continent is very limited.  She believes it is noting but a vast jungle.  Even though the students are all pastel Muppety colors, you can tell by their voices and vernacular what race and ethnicity each student is most likely to be.  Like Roosevelt and his mother, the students were also voiced by the racially diverse human cast of Sesame Street adults.  Sonia Manzano (Maria) played Smart Tina, so it is very likely that Smart Tina was not African-American.  Roosevelt uses this as an opportunity to help everyone understand the geography  of Africa to quell their misconceptions.

Another important sketch had Roosevelt reciting a hip-hop story about a duck who is disrespected by a chicken.


The themes of prejudice, tolerance, and pride in one's background are evident throughout the narrative and each student learns a valuable lesson.

Unfortunately, concerned parents of the '70s believed that Roosevelt and his classmates were perpetuating a negative stereotype of the urban community.  With their poor grammar and the lackluster school setting, the students of Roosevelt's class were not characters to be looked up to.  The producers agreed and eventually removed Roosevelt and his pals from the cast.

While their concern is understandable, the parents would have greatly benefited from using these segments as a learning opportunity for their children.  The students are intelligent and learn important facts about life.  Their classroom situation is, sadly, very similar to the schools of many inner-city youths.  And Roosevelt himself strives to become a great leader among his friends.

He recognizes problems as soon as they happen.  He is accepting of all diverse backgrounds (even that of the closed-minded Smart Tina).  And he knows exactly how to speak to his followers in order to relay his important messages.  Roosevelt Franklin was a by-product of the African-American Civil Rights Movement of the '60s.  He promoted the positive change that the world needed to accept.  He represented truth, power, and dignity. 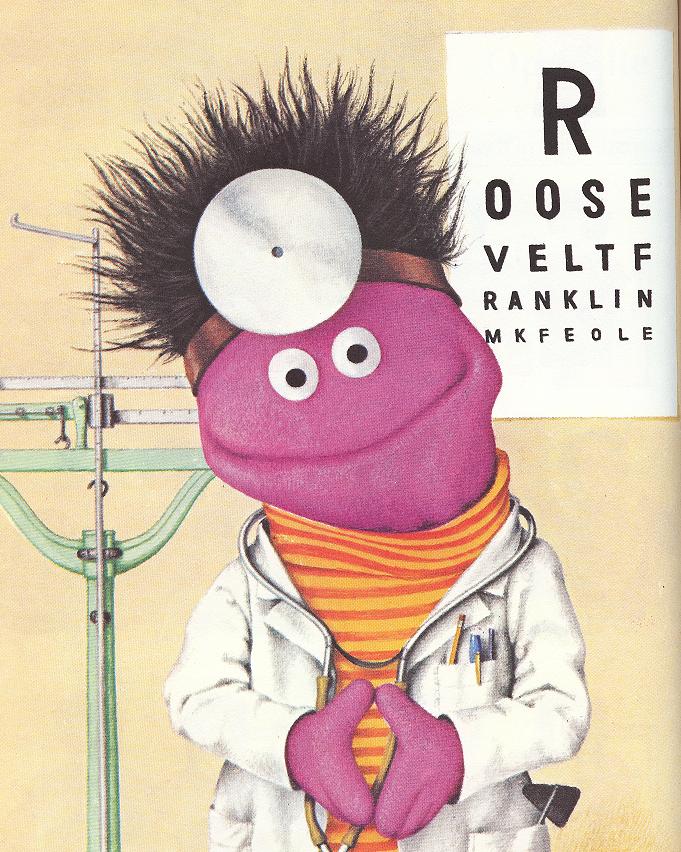 He even grew up to be a doctor!
The system kept him oppressed and he rose above it.  Fortunately, he managed to stay on the show long enough to earn his rightful place in Sesame Street history.  Those who saw him as an insensitive caricature need only watch his progressive sketches to see that he was not intended to be an offensive stereotype.

That job was for his spiritual successor, Franklin Delano Bluth.
Posted by John H. at 10:49 PM