Love is not supposed to be stressful.  By its very definition, it is supposed to illicit warm feelings and happy thoughts.  But love leaves us vulnerable and one misstep can leave a person feeling crushed.

A common victim of love is the stereotypical "nice guy."  He's the one who excels at being your best friend.  He always knows what to say when you're down.  He always knows how to help when you're overburdened.  He always knows exactly what you need, when you need it.  He has one goal, and it is very seldom met.  He wants you to love him as much as he loves you.  This does not just apply to romantic love.  It can be platonic, brotherly, or compassionate in his intentions, and he hopes that by providing what you need, you will love him for it.
Wembley Fraggle is the epitome of the nice guy.
Each Fraggle gets assigned a few character traits, and one of Wembley's biggest attributes is that he is helpful.  A Fraggle's life is not complicated.  They have no responsibilities, just hobbies and pastimes.  So when they ask for help, their task is usually a) simple and b) pointless.  Wembley doesn't mind helping his friends.  In his eyes, that is what a friend is supposed to do.  If they seek out his help, they will love him because he cares enough to fulfill their request.
But Fraggles are also simple-minded, which can result in self-centric behavior.  Wembley's friends are so used to Wembley saying "yes" to every request that they automatically assume he can do whatever they want him to do.  So when all four of them ask for his help simultaneously, Wembley implodes and becomes stuck under the burden he has committed himself to. 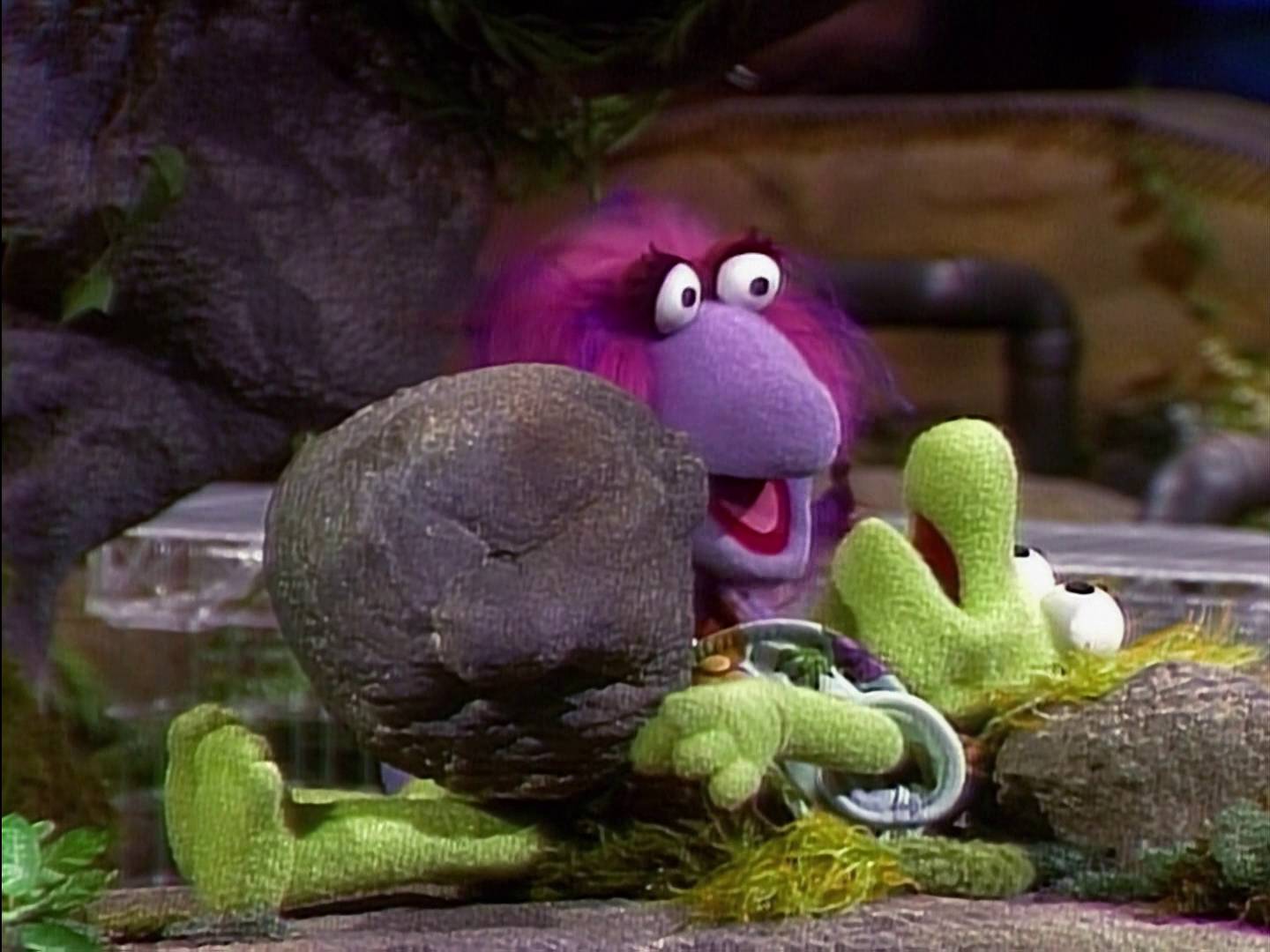 Literally.
It is in this moment of weakness that Wembley meets a new Fraggle named Lou.  She's a cute girl whose most attractive quality is that she is willing to help him in his time of need.  Having never met someone as compassionate as he was, Wembley begins to think there is something special about this girl. 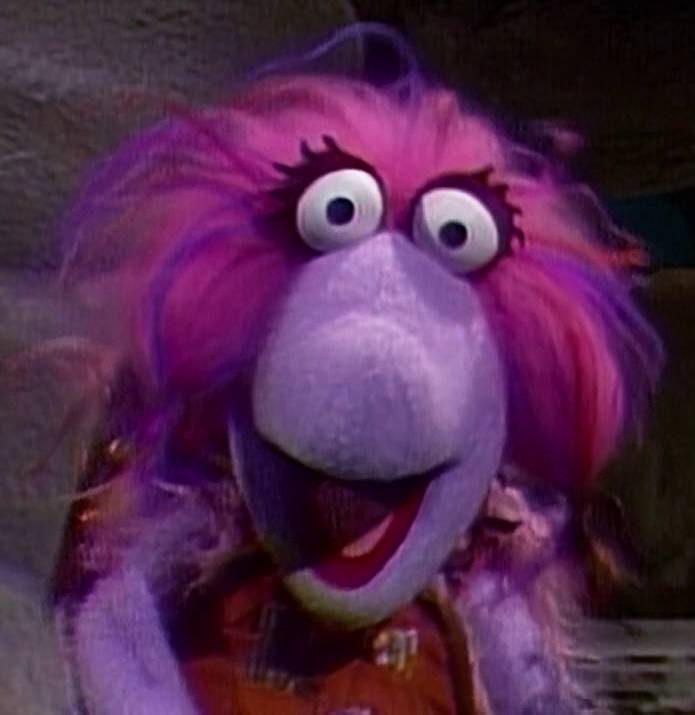 She's an angel!
He tells his friends about this new girl and Mokey, ever the romantic, takes this moment to revel in the fact that Wembley is passionately in love.  Wembley isn't so sure about that, but Mokey won't hear of it.  She convinces him that, yes, he is in love, even though he barely knows her.  He begins to worry if this great, strong girl would ever fall for a weak-willed wimp like himself, who can't even muster up the courage to say "no" to his friends.
In order to live through Wembley's romantic situation, Mokey takes him to the wise Trash Heap for advice.  The Trash Heap notices that Wembley is afraid Lou will not love him back and so she whips up Love Potion #9.  This potion's fumes are so toxic that one little whiff will have a Fraggle fall madly in love with Wembley for 20 minutes. 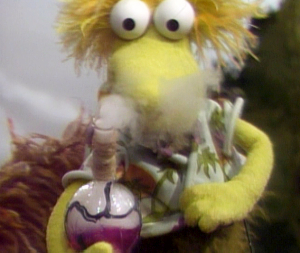 Fortunately, Wembley's intentions are pure.  Don't want that falling into the wrong hands.
On his way back to Fraggle Rock, however, Wembley mistakenly drops the concoction into the Fraggle's water supply.  Everything goes exactly as expected. 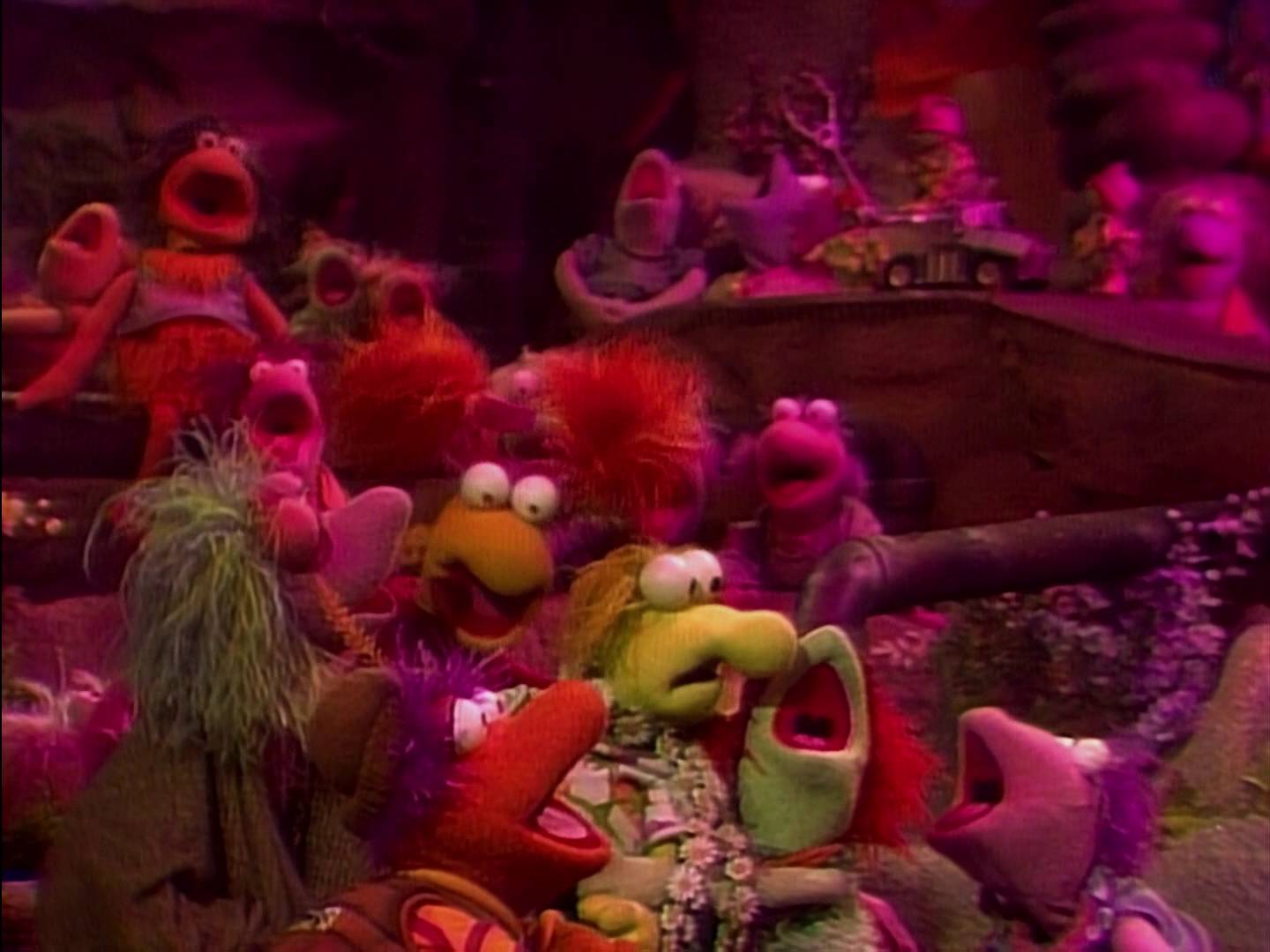 It's a full-on Fraggle orgy!
For a brief moment, Wembley gets his exact wish (although it is a little extreme).  Everybody actually loves him, instead of just abusing his gracious generosity.  But the love-fueled zombies eventually subside and Wembley realizes that he must face Lou without any magic potion to help him.
He gets the courage to tell her that he loves her, but it's not a passionate, amorous love as Mokey had hoped.  It is a love based on respect.  Lou showed him kindness where know other Fraggle had.  She cared about his feelings and his problems.  That was all he wanted out of his friends and therefore, it was all he needed to love her.
"We Love You, Wembley" ends like a typical love story, where the nice guy does get the girl in the end.  She knows that he is just a wimp, but she can learn to love him.   Because, despite their flaws, wimps are dependable when it truly counts. 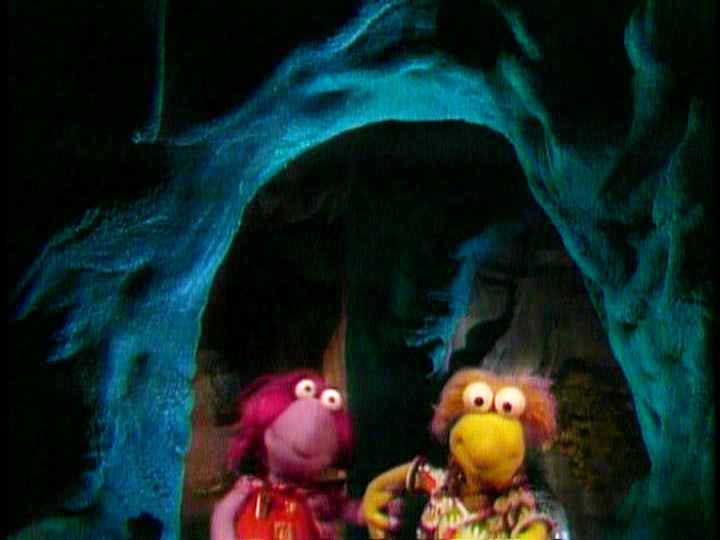