How many films are "Henson movies?"  Are they just ones he directed, wrote, or starred in?  What about those that were produced after his death?  If we were to look at Henson's feature film filmography, one would think I've covered them all.  The Muppet Movie, The Great Muppet Caper, The Dark Crystal, The Muppets Take Manhattan, Follow That Bird, and Labyrinth are the main six films he completed in his lifetime, right?  Well, not exactly.  Henson lent his expertise and production company to a few other films before he passed away.  And with Halloween right around the corner, I feel it is fitting to look at 1990's The Witches. 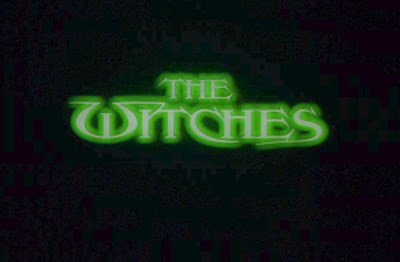 Prepare to be scared.

No, Henson did not direct or write or appear in this movie.  He was the executive producer, however, and the Creature Shop supplied the puppets and special effects.  He had the final say on this film and therefore, I consider it a part of the Jim Henson canon.

The Witches is based on Roald Dahl's 1983 book of the same name.  Like most Dahl stories, a young child protagonist faces evil adults in a slightly magical world.  This is Dahl's third live action adaptation and the film strives hard to recreate the book's fantastical and creepy quality.  Henson and Dahl seem like they would be an amazing combination so the bar has been set.

Our story opens in Norway where Grandma Helga is telling her grandson Luke about the horrors of witches.  She claims that they are real and she has a missing finger to prove it.  Apparently, witches detest children and their sole purpose in the world is to eliminate every last child. 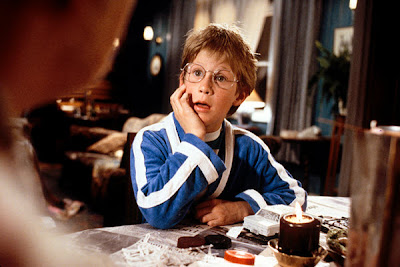 Especially children who don't clean their rooms or eat their vegetables.

Helga tells the tale of Erica, her best friend from childhood.  One day, Erica was sent on an errand by her parents.  Unbeknownst to them, their neighbor was a witch, and she sprung into action, kidnapping the precious little girl. 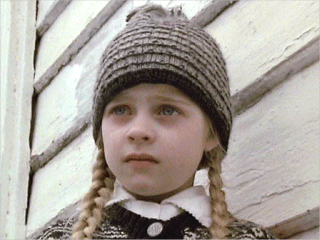 Remember, Dahl was never one to spare children from the terrors of life.

Erica's body was never found and the witch neighbor was never suspected.  Soon afterwards, when Helga was visiting Erica's house, Erica's father noticed something in the new farmhouse painting he had just purchased. 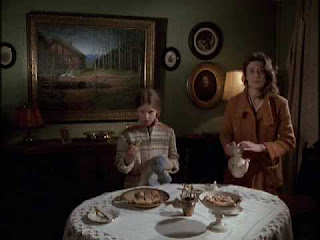 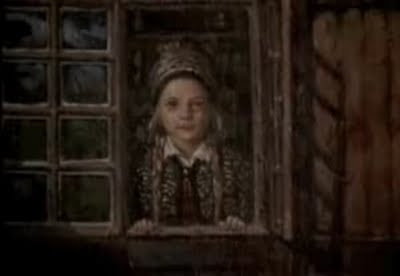 And every day, for decades, Erica appeared in a different part of the painting, slowly growing older.  No one ever saw her move, but some part of Erica was still alive.  Eventually, Erica disappeared from the painting for good.

Yes, in the first 10 minutes, we get some good old fashioned nightmare fuel that Dahl specializes in.  There are more stories like this featured in the original book, but thankfully for our sanity, we've only had to deal with one example of this creepiness.

Despite that evidence that witches clearly exist, few believe in them.  And so Helga must inform Luke of the attributes of witches.

WARNING SIGNS YOUR NEIGHBOR MAY BE A WITCH

1.  She has scratches her head (since witches are bald and wigs give them scalp rash).

4.  She wears unfashionable shoes (since witches have no toes).

5. She holds her nose when nearby (because children smell like dog feces to witches). 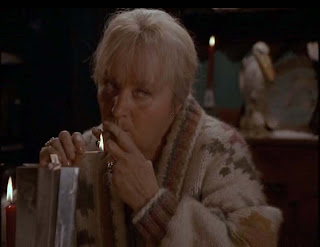 It's always a pleasure going to Grandma's house! You learn so much!

As if Luke didn't have enough to worry about, that night, his parents die in an automobile accident.  Because it's a kids movie.  As a result, he and his grandmother adopts him and moves to England with him (even though he's American...but he's English in the book, so just accept it).

One day, while playing in his treehouse, Luke has his first encounter with a witch.  This witch is completely not subtle in any way, but I guess the notion of "Stranger Danger" was slow to catch on in 1990's England. 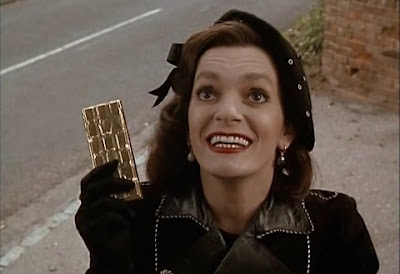 She literally offers him chocolate to entice him.

Fortunately, Luke is smart enough to recognize that, witch or not, this woman is being super creepy.  Despite her offers of candy and a hypnotized snake, Luke alerts his grandmother and the witch scurries away. 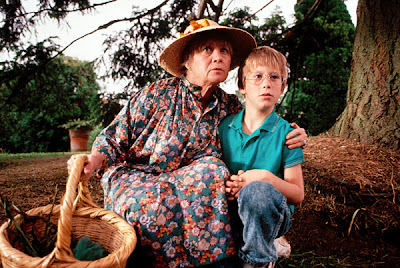 Nobody messes with Grandma.

But, as if life weren't tragic enough for young Luke, his grandmother collapses ON HIS BIRTHDAY!  Turns out she has a bad case of diabetes.  It's pneumonia in the book but the point is she's sick.  He alerts his new pet mice, William and Mary that now he and his grandmother are going to have to live in a hotel until she gets better.  I'm sure this is better explained in the book, but hey, why not, let's all live in a hotel?  It is where the main story is going to take place after all. 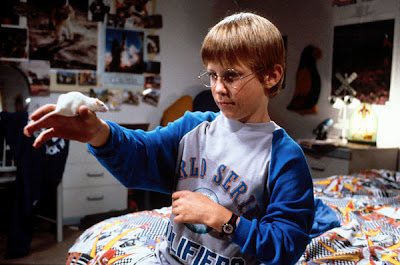 Happy birthday to me!

If you aren't too scared yet, check back later with Part 2 of The Witches!
Posted by John H. at 4:58 PM