Due to the popularity of Muppet Babies, CBS wanted to expand the franchise into an hour-long block of programing.  To fill the gap, a new variety show was created in 1985.  Little Muppet Monsters was paired with Muppet Babies for the new Muppets, Babies, & Monsters hour and, surprisingly, it managed to get 3 of its 18 episodes to air! 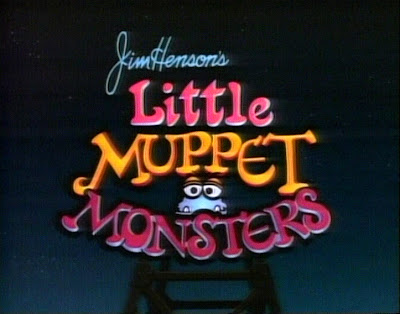 Oh, it's another cartoon?

Why surprisingly?  Well, by taking just one look at the first episode, it's easy to see that the show had no sense of cohesion.  The main premise was that three younger Muppet monsters (Tug, Boo, and Molly) would play around in the basement of the Muppet Theater/Muppet House where all the Muppets seemed to live and broadcast their own television show with the stuff they found. 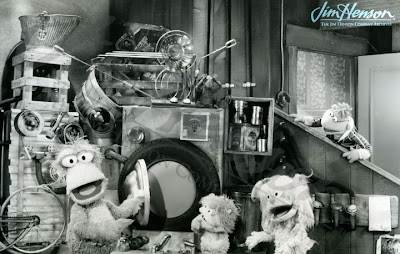 Via their magic television machine?

However, rather than put on their own show for the entire half-hour, they would show a mix of original material, educational segments featuring grown-up Muppets like Fozzie or Gonzo, and Muppet cartoons that needed to find a home.  The cartoons were similar in style to Muppet Babies but they featured adult Muppets in other premises.  "Pigs in Space," "Kermit the Frog: Private Eye," and "Muppet Sports" featuring Animal were a few of the recurring segments. 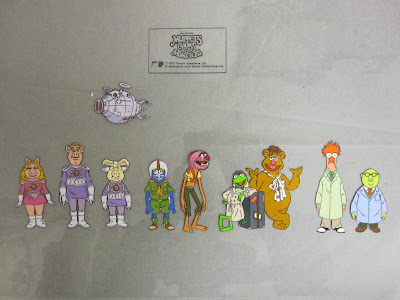 The cartoons would take up half of the episode, leaving little time for plot development with the supposed "stars" of the show. 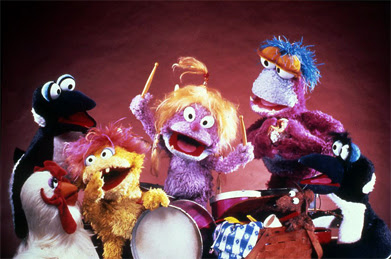 Maybe had the show solely focused on this trio, it would have lasted longer.  But even Henson was able to see that whatever the show had turned into, it was too cluttered and confusing for children.  Seeing the adult Muppets right up against their animated counterparts highlighted the severe dip in quality between the puppetry and animation.  Muppet Babies worked because it stood on its own and used live-action clips to play with the animated format.  Here, we go from fun puppet Kermit to bland cartoon Kermit in a matter of seconds, and it makes the cartoons unbearable. 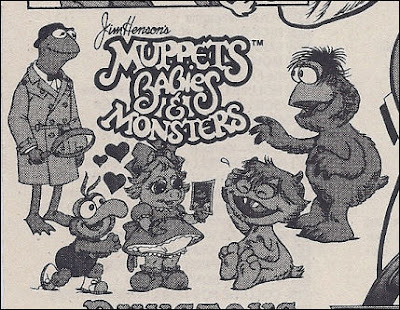 This promo showcases all that was wrong with this idea.

Little Muppet Monsters was swiftly axed, resulting in awkward artifacts from the time period, such as the Muppet Monsters getting special treatment at Jim Henson's 30th anniversary special. 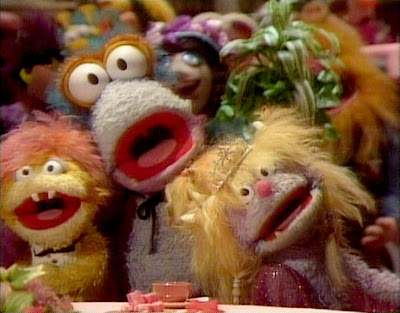 They get a whole table to themselves?!

Like the Dragontime puppets, the Little Muppet Monsters would resurface years later in other productions.  But alas, we never got the time to know these three characters who just wanted to grow up and be just like their idols.