The Muppets' Wizard of Oz, Part 1: Not in Kansas Anymore

The scary thing about tackling a classic is that any adaptation is going to be compared to what has already been labeled "perfect."  There have been many film versions, sequels, and (now) a prequel to The Wizard of Oz, but while some have been critical successes, none have come close to eclipsing 1939's masterpiece.

But in the hands of the Muppets, there is still new ground to be broken, correct?  Surely that would be a recipe for success, like The Muppet Christmas Carol or Muppet Treasure Island.  Well, let's go over the rainbow with 2005's The Muppets' Wizard of Oz. 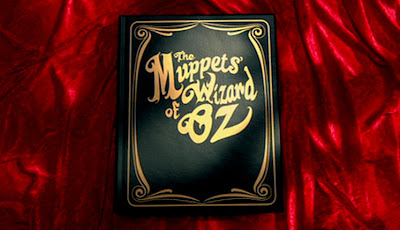 This is going to be good!

The film opens with Ashanti aggressively singing to the camera about wanting to get out of Kansas. 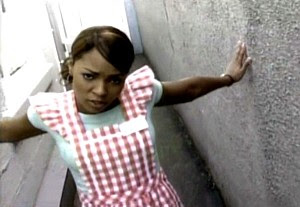 I'm not too familiar with Ashanti's repertoire, so I don't have any opinions on her as a performer, but a quick glance at my research shows that she eventually went on to perform in The Wiz.  That makes sense, because I am getting a strong Wiz vibe from this set up.  We have a modern-day Dorothy who is tired of working at her Aunt Em's diner and she just wants to be a star.  Aunt Queen Latifah is not very supportive. 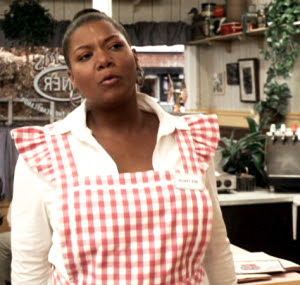 Her Uncle Henry is much more supportive, and encourages her to go to her audition with the Muppets and...wait, the Muppets are the ones aspiring singers turn to in order to begin their careers?  What fantasy land have we stumbled into?  It does take a longer-than-average while to introduce the Muppets into the plot, but it could have been a little truer to the Muppets' raison d'être.  Dorothy makes it to the audition just as the Muppets' bus drives away, but Kermit promises to listen to her demo.

I'm calling it right now, I bet he'll love it and let her join them at the end of the movie.

Even though Kermit agreed to listen to her tape, Dorothy still considers her audition a bust and yells at her aunt and only takes comfort in her pet Toto.  Toto is a king prawn.  So, this movie is writing itself, I take it. 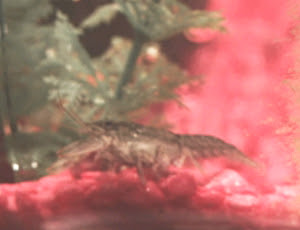 Of course, a tornado comes to pick up Dorothy's house and carries her to Oz.  This is what we came for!  And, it's a lot smaller than one would usually imagine Oz to be.  I know it's a TV movie, but everything feels so cramped.  Even the limited sets of usual Muppet movies are a bit bigger than this. Well, first, we must reveal that Toto the Prawn has become Toto the Pepe the Prawn.  Um...so, Dorothy is familiar with the Muppets, but doesn't realize that her pet has become one?  Well, the original movie treated the trip to Oz as a dream, so everything absurd element that follows can be labelled as dream logic. 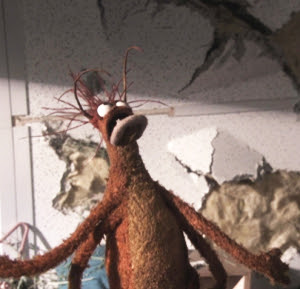 This a dream come true!

Dorothy and Pepe exit the house and the rats of Munchkinland gather around and celebrate the destruction of the Wicked Witch of the East.  Well, she wasn't quite destroyed.  Since Miss Piggy is going to be playing all of the witches in the film (there are no other female Muppets, remember?), we get a chance for the East Witch to have her day in the sun. 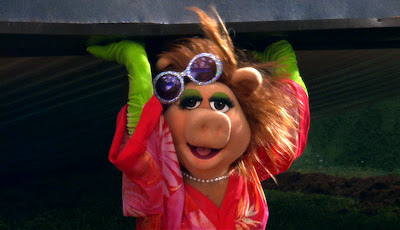 But the Witch of the East has to be dead, right?  Well, I guess Dorothy can still go on her journey without being an accidental murderer.  Actually, nope.  The witch still dies because even with Piggy's strength, she can't hold the house forever and it crushes her.  That's...way more gruesome than just having the death offscreen like usual.

Arriving a tad too late, the Good Witch of the North, Tattypoo, arrives for her daily Munchkin visit.  Now, most people think Glinda is the North Witch, due to the 1939 version combining the two good witches into one character.  So I'll give the film credit for bringing back the original character. 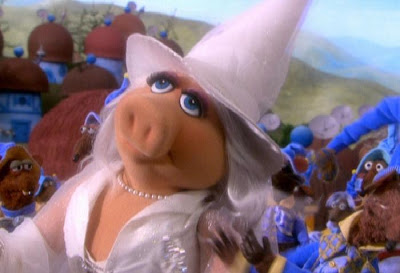 A slightly nicer version of Piggy.

Tattypoo reminds Dorothy to take the magical silver slippers and when she refuses, there is a great bit of lampshade hanging in which she tells her not to pick at every little detail or else this story would go nowhere.  I'll give the film credit, the original story is absolutely bonkers, despite being a classic.

Dorothy sets off down the Yellow Brick Road to return to Kansas/become a singer, whichever comes first.  And so we're off to see the Wizard, the Slightly-Off Wizard of Oz!

Tune in tomorrow to meet some brainless, heartless, courage-less friends!
Posted by John H. at 6:05 PM

Email ThisBlogThis!Share to TwitterShare to FacebookShare to Pinterest
Labels: miss piggy, pepe the king prawn, the muppets' wizard of oz