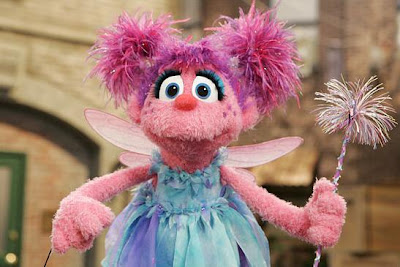 A young fairy-in-training who can see the magic in anything.

In preparation for Sesame Street's 37th season, rumors were buzzing about the new Muppet moving to the street.  The biggest reason this was such a hot topic was because the new Muppet would be a girl.  Sure, Prairie Dawn, Zoe, and Rosita were all very much a part of the cast, but this new addition highlighted a major push to market Sesame Street towards girls specifically, because, thanks to Elmo's popularity, the show was viewed as "boy-centric."

In the very first episode of the season, Abby Cadabby made her introduction and the world quickly learned everything they needed to know about her:

- She is the 3-year-old daughter of Cinderella's fairy godmother (and she is erroneously referred to as a "fairy goddaughter").

- She is a fairy-in-training, which explains her small wings, sparkly dress, and magic wand.

- With her wand, she is able to teleport.  But her best trick is turning objects into pumpkins. 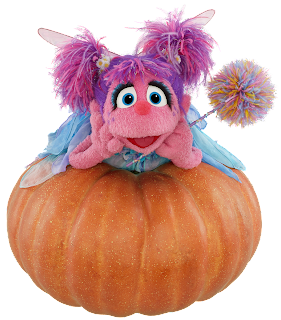 The only problem is changing them back.

- And, most importantly, she loves to learn.

And that's all you need to know about Abby Cadabby.

Abby drew a lot of controversy before she even debuted on the show.

The purpose of her creation was simultaneously noble and materialistic.  She was marketed to be the most extreme "girly-girl" character type, which seems as if it would go against modern society's habits of breaking down gender roles and encouraging young children to be themselves.  This was a source of criticism, especially when it was evident that her inception came about in order to sell more merchandise to girls.  A quick walkthrough of a children's section of any type of store (clothing, toys, decorations, etc.) will reveal aisles of pink merchandise with Abby's face plastered all over it.

However, the creators took great care with Abby.  As evidenced by her introduction, Abby was also meant to represent a person of a different culture trying to integrate themselves into a new world.  Rather than pick an existing nationality, the show built on the fairy species and added elements to her character that would be unlike any that came before her.  She would be shy meeting new people and would have to explain her customs and try to fit in when learning those of her new home.  She even had to go to a special preschool made solely for storybook characters! 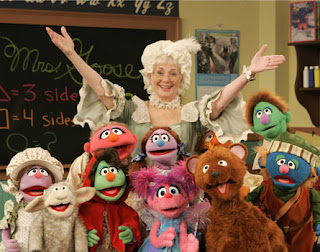 Taught by Mother Goose herself.

But even with all of these traits, Abby was still a source of discontent.  And that was because, no matter how much they tried to deny it, Abby was just Girl Elmo. 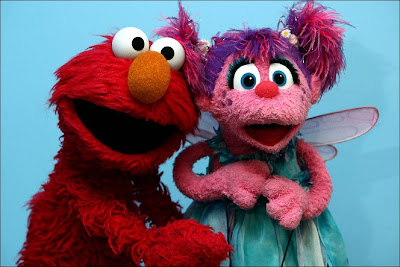 Wait, who is who again?

If you jump in and watch a random clip of Abby, you'll see countless similarities.  Similar personalities, similar voices, similar adorability factor.  It was enough to make anyone write off the character as a cheap clone used to fool gullible children into buying more stuff.

And that was the mindset I had until today.

I am old enough to have lived through over half of Sesame Street's 43-year production run.  Like many people, I stopped watching the show when I "outgrew" it.  Clearly I still liked the show, but it was mostly for nostalgia's sake, and I would prefer watching older episodes over newer ones.  So when Abby Cadabby was announced to the world, I was upset.  This character was completely unnecessary, I thought.  She's redundant conceptually and her design is a bit complicated for the simple-looking puppets already in the cast.

So when my Random Muppet button picked her for today, I was not looking forward to having to talk about her.  And, yes, even after watching a random clip, my thoughts were unchanged.  But then I watched more.  And more. And more.  And I can say non-facetiously that Abby Cadabby is one of the best characters on Sesame Street. I'll admit, that cute voice really grew on me.

There are a few clips I can point to that led me to this conclusion, but one that stood out the most was Baby Bear teaching Abby how to draw the letter I.

Every scene on Sesame Street is a teaching moment for a character and the preschool audience.  But in order to make good television, characters have to grow.  Yes, the Muppets on this show will forever be children, but they still learn from their experiences.  Big Bird may still be naive, but he knows the alphabet by now, after 40 years of repetition.  He can't keep learning the same thing over and over.  That wouldn't be satisfying.

But here, we have someone new.  Someone who still needs to learn everything about the world.  Baby Bear is now the mentor and he gets to take pleasure in showing Abby how a crayon works and how to write.  Even the unscripted moment when the tip of the crayon breaks and Baby Bear quickly reassures her that it's okay and she can keep writing is a moment of discovery.  All the while, Abby is exclaiming that the whole process is magic and you know what?  It is!

Every day, new people come into this world, and they need to learn.  Things happen that are perceived as magic to them, and for a while, everything is wondrous and fantastical.  And Sesame Street needs to reflect that single moment that is a part of every young child's life.

Abby came to Sesame Street because it needed her to come.  It didn't need her to sell toys or shirts or bedsheets.  It needed her to learn.  As the years go by, Abby will mature.  She'll stay three years old, but she'll know more than she did on that first day when she moved to Sesame Street.  And by then, a whole new generation of kids will be ready to learn.  And a new Muppet will come.  And the cycle will repeat.

Abby is the most important Muppet because she is our reminder that Sesame Street will never (and should never) end. 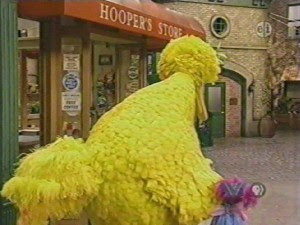 Big Bird walks Abby home at the end of her first episode, passing the torch.
Posted by John H. at 8:35 PM