I have hesitated to do a "Best Muppets" list for as long as I've written this blog.  But, after perusing other lists of a similar ilk, I've noticed that everyone tends to pick the same handful of characters.  There is a large population of characters that deserve recognition.  Limiting myself to just top 10 or 20 feels wrong, mostly because the popular ones will end up getting all of the top spots anyway.

So I shall break it down by puppeteer.  10 per person seems reasonable.  And, who better to start with than dear old Jim Henson? 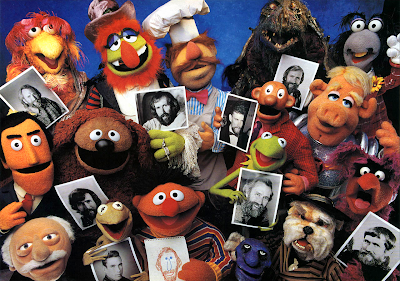 Be warned, some of your favorites may not appear.  The Top 10 List is a cruel beast. 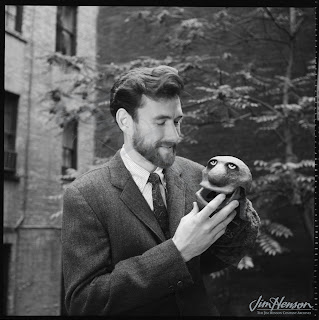 One of Henson's earliest creations, Yorick proves that sometimes the simplest ideas cannot be topped.  Paving the way for every Muppet with a voracious appetite, Yorick is just a skull that eats.  With his unwavering blank stare, Henson managed to create a character that was equally terrifying and endearing.  Part of me wishes that the film Kermit, Prince of Denmark had seen the light of day just so that Yorick could appear as his namesake.

9) The Newsman - The Muppet Show 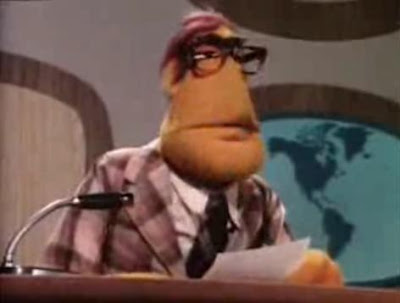 The Muppet News Flashes fulfill humanity's desire to see stiff and proper individuals get their feathers ruffled and violently injured.  Sure, each segment was exactly the same, but it was schadenfreude at its finest. 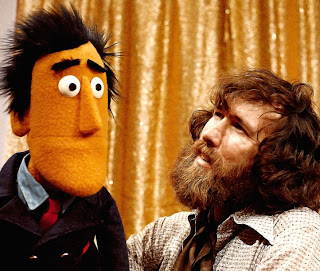 What I love about Guy Smiley is how passionate he is to his craft.  He has taken the concept of a game-show host and made it its own species.  Guy Smiley is very similar to another Henson character, Convincing John from Fraggle Rock, but what makes Smiley more appealing is his total lack of awareness of life outside of entertainment.  Convincing John always seems to have a personal goal to his energetic ravings.  Guy Smiley just lives in the spotlight. 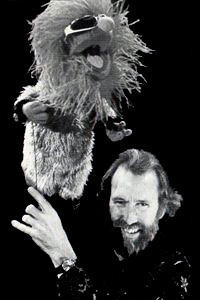 Mahna Mahna is Henson's creative mind in a physical form.  My most well-received post is about this character, so it's clear that something about this creature appeals to a lot of us.  Besides, who can hear the words "Mahna Mahna" and not want to break into song?  (And yes, I know I used an image of Bip Bippadotta, but they are virtually the exact same character, so calm down.)

6) Rowlf the Dog - The Muppet Show, The Jimmy Dean Show 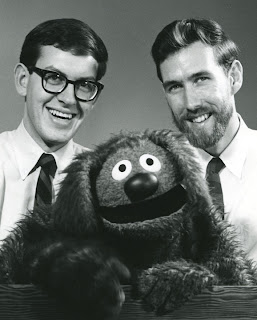 Although Rowlf gets lost behind the other Muppets with his go-with-the-flow outlook on life, there was a lot more life to him in those early days.  He could verbally spar with the likes of Groucho Marx back in his Jimmy Dean days (and even his Veterinarian's Hospital days, although those were mostly flatlining puns).  Eventually he found his calling in the piano, but it always seemed as if Henson used Rowlf to say that which he couldn't say normally. 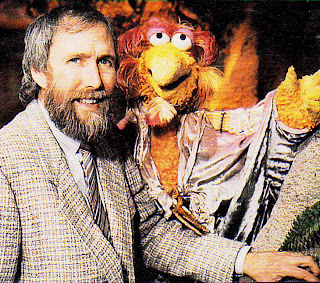 The designers of Fraggle Rock created Cantus as a caricature of Jim Henson.  All of the other Fraggles looked up to Cantus and his words of wisdom, even if they were difficult to comprehend.  Henson's musings often made their way into Cantus's persona, and just like the Fraggles, this caused the production staff to treat the character as a prophet and mentor.  Cantus is like Rowlf to the nth degree, which is why I placed him slightly higher on the list. 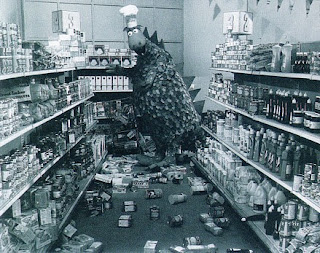 If the next three spots weren't such important characters, the La Choy Dragon would have swept this list.  Even though he was a brief character, he is the funniest mascot I have ever seen used to sell a product.  They way he frightens customers and destroys merchandise is such an avant-garde approach to advertising that I can't help but consider him to be the perfect representation of mindless consumerism. 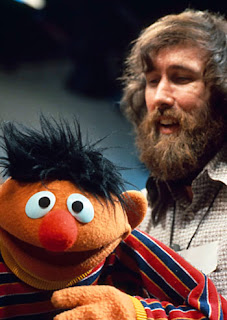 If each puppet on this list represented a different facet of Jim Henson, Ernie would be his childlike sense of wonder.  While Ernie is supposedly older than the other Muppets on the street, he loves life and doesn't let anyone get him down, even if he annoys others in the process.  He's always willing to find humor in any situation because he realizes that a good laugh can be cathartic in the most distressing situations.  Ernie may have a lot to learn, but he's got life all figured out. 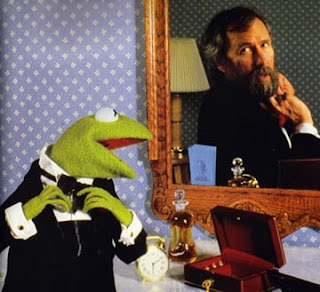 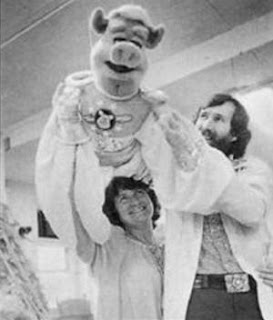 And out of all the Muppets Henson has portrayed, Link is his polar opposite.  A buffoonish clod who disrespects those he finds inferior to him, Link is what happens when Henson has the chance to play to the extreme.  He gets to indulge in a persona that is so unfamiliar to him that you can tell he has a wonderful time playing him.  I'm sad that Link never really took off as his own character, even though Henson tried his best to include him in the gang right until the very end.  With Kermit taking up most of his time, Link had to shine in his "Pigs in Space" and "Bear on Patrol" sketches, not to mention his covers of Village People songs.  I personally cannot hear "Macho Man" without picturing a leather-clad Hogthrob prancing about town.

And "In the Navy" is the greatest Muppet Show sketch of all time.  I've always wanted to talk about it, but I've never had much analysis administer to it.  It is just a wonderful piece, enhanced by the fact that Link plays the leader of the Vikings.