No One Cares About Scooter

The Muppets who appeared in the most episodes of The Muppet Show are:

After that there is a significant drop-off in appearances, so these eleven can be conisdered the "main characters" of The Muppet Show.  From this list, there is an unofficial group of the "Core Seven" Muppets that often appear together in merchandise and media, which is based on their airtime during the original Muppet Show.  These are Kermit, Fozzie, Piggy, Gonzo, Rowlf, Scooter, and Animal.  This is the group that Muppet Babies focused on and it makes sense why these seven were chosen out of the eleven.  Waldorf and Statler would just provide punchlines and not really a part of the group, and Animal was the most marketable member of the Electric Mayhem.  (If you're confused why Janice ranked the highest of the members, remember that she appeared in all of the Veterinarian's Hospital sketches.)

The reason I am pointing out these statistics is to highlight the prevalence of Scooter within the Muppet Gang.  Quieter and less zany than the rest, Scooter won't find himself winning any popularity contests soon.  It's odd that despite his omnipresence in the show and movies, Scooter has such a small fanbase. 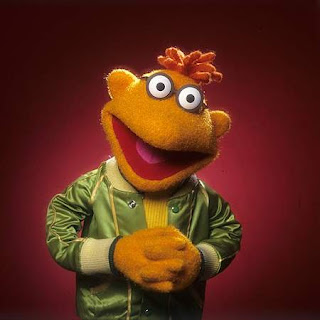 "My favorite Muppet is Scooter!" - No one

A group on the Muppet Central forums had to start an appreciation thread for the guy just to highlight this strange situation the character has found himself in.  Throughout the internet, you can find Scooter appearing on "worst Muppet" lists left and right.  What exactly did Scooter do that so many people have found him displeasing?

I have concluded that there are three main causes.

1.  Scooter started as an antagonist.

In the first couple of seasons of the show, Scooter's main purpose was to remind Kermit that his uncle owned the theater, and therefore, he would often get his way.  He took up a job as a "gofer" but despite  his title, he still basically ran the show.  When his uncle J.P. Grosse did appear and threaten to shut down the theater, Scooter was right on hand to assist in the demolition (after learning that he'd still have a job, of course). 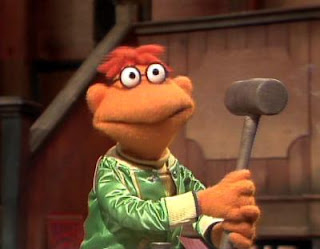 Like Smithers to Burns, Scooter was always on hand to carry out his evil uncle's dirty work, not thinking twice about Kermit or his friends. 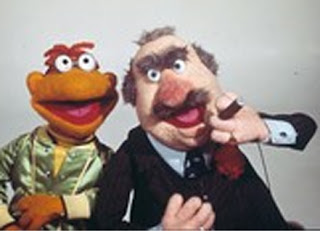 The family resemblance is uncanny.

After the Scooter as villain schtick had been played out, Scooter eventually just settled into his job at the theater, becoming an assistant stage manager.  He was always ready to spout exposition and other necessary "backstage" talk to keep the show moving.  The reason his episode count is so high is because from Season 2 to Season 4, he appeared in every episode to introduce the guest with his cry of "15 seconds to curtain!"

The guest introduction became the only thing he was really known for on the show, but it allowed him to do this:

When it came time to produce Muppet Babies, the creators realized that Scooter didn't really have a "thing" that made him unique outside of the Muppet Theater.  So, in Episode 105: "Scooter's Hidden Talent," it was established that Scooter was a computer whiz, and, by default, a nerd. 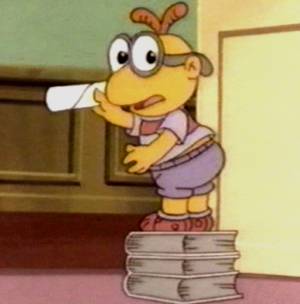 He would be standing on books, that four-eyes!

3.  Scooter disappeared for over a decade.

After the death of his puppeteer, Richard Hunt, Scooter was momentarily retired, much like Rowlf had been with Henson.  But, as with Rowlf, the producers wanted to keep the character in the lineup.  Scooter would make random background appearances, saying only a line or two at most.  By this point, the Muppets had strayed further away from the Muppet Theater, making Scooter less relevant.  He made a brief appearance in A Very, Merry Muppet Christmas Movie, but the less said about that the better. 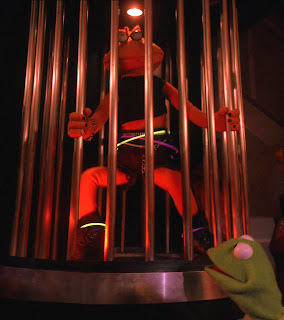 Really, this happens in a Muppet movie.

By 2008, when David Rudman adopted the character, Scooter was no longer in the public conscious.  A new generation of Muppet fans had entered and none of them knew who Scooter was.

It's hard to have a fanbase when people don't know you exist.

So, why should we care about Scooter?

Because he was Richard Hunt. 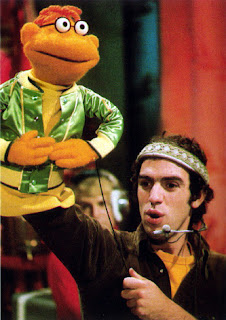 Scooter was a young teenager during The Muppet Show (even though Muppet Babies would imply that he was the same age as the rest of the group).  This made him the youngest main member of the show, just as Richard was.  Richard joined the Muppet family at the age of 18, while Henson, Oz, Golez, and Nelson were much older.  They knew the craft inside and out, but Richard was still wide-eyed and just glad to get into showbiz.

He started as a background puppeteer for Sesame Street.  He didn't have any established characters and was mostly a "right-armer," one who helped control puppets that required more than one puppeteer.  But, while on the set, Richard's youth gave him an energy that none of the older puppeteers shared.  Whenever a guest would come to the set, Richard would grab a puppet and start performing for them, no matter the character. 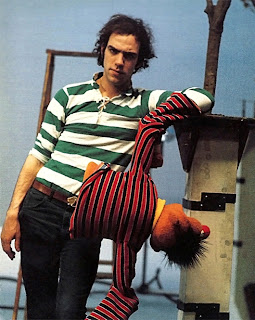 This is the most intense a puppeteer has ever looked.

His sense of play did not go unnoticed and when The Muppet Show was created, everyone knew Hunt would have a special character just for him.  Scooter, like Hunt, was amazed at the world of show business and would do whatever it took to appear onstage.  He wasn't unpleasant or rude.  He just admired the craft.  Scooters most well-known Muppet Show moments were based on this desire to perform.

Scooter was the Muppet that the young audience could related to.  For anyone who dreamed of fame and fortune, Scooter was instantly recognizable.  And, like Hunt, Scooter grew and prospered.  In the most recent Muppet film, it is revealed that Scooter found himself an internship at Google and earlier this year, he appeared at the TED Conference to speak. 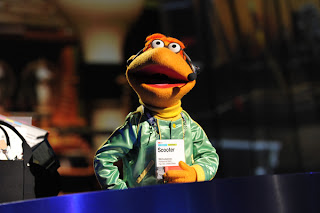 Scooter aims for greatness and succeeds, and that is to be admired.  So, for anyone who says that Scooter is the worst Muppet, reconsider your stance on following your goals.  Scooter may be under-appreciated, but he is not unworthy. 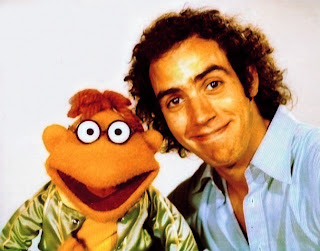