"Death cannot stop true love.  It can only delay it for a little while."
- Westley, The Princess Bride (1987)

The previous three stories have each shown the consequences of men who try to avoid fate.  And while Orpheus may not be as well known as Perseus, Theseus, and Daedalus, his quest for love in the face of absolute failure may be the most apt love story of all time. 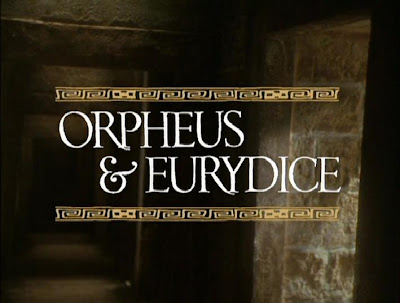 Orpheus was one of the world's greatest musicians.  When he played his flute, everyone and everything was charmed.  His artistry and creativity makes him the perfect hero for the story that is about to follow,  because for once, he can control the fate of others.  As an artist, he chooses how people can feel.  His music is a most powerful weapon. 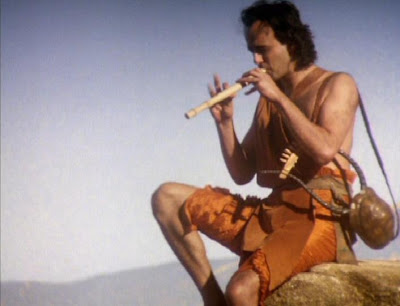 Careful, he's got a recorder!

His music is so alluring that it calls a wood nymph out of the tree.  Her name is Eurydice and the two instantly fall in love. 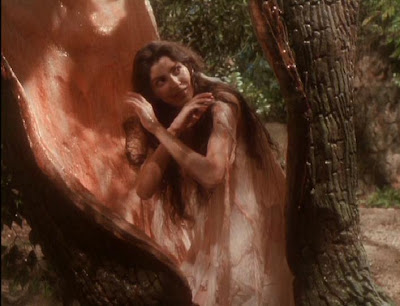 A normal day in ancient Greece.

But there are no happily ever afters in Greek myths, and once again, fate comes crashing in, beckoning Eurydice back into the forest where she belongs.  After being chased around by a lusty satyr, a snake bites her foot, killing her.  Orpheus refuses to play anymore music because he is so distraught, but the satyr encourages him to venture into the Underworld and bring Eurydice back. 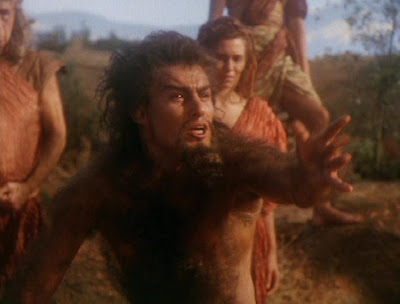 You had better listen to John Leguizamo.

Orpheus is the first living soul to venture into the Underworld.  At this point, at least.  Soon all the Greek heroes will be doing it.  As such, the boatman Charon refuses to let him cross the river Styx into the lair of Hades.  But Orpheus can charm anything and his melody delights Charon, who has not heard music in a long time. 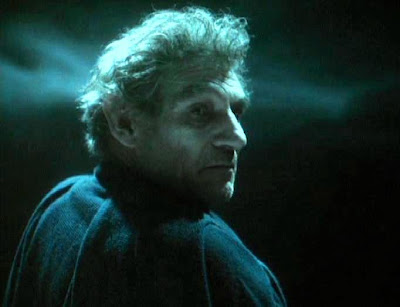 Come sail away with me, lad.

Orpheus's music however does not work on Hades himself.  Hades instead delivers a brilliant lecture on how death is inescapable and no matter what Orpheus or any man does, Hades will always have the upper hand. 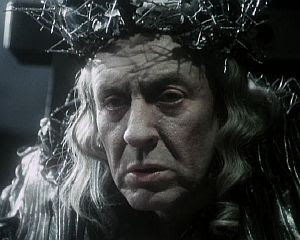 You mortals bore me.

Hades's wife Persephone, however, sympathizes with the two lovers, especially since she resents Hades for dragging her into the Underworld prematurely.  She begs with Hades to give the two one more chance and Hades agrees. 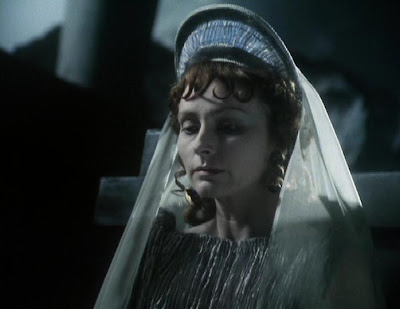 Behind every strong god, there is a stronger goddess.

Hades allows Orpheus to travel back with Eurydice on the condition that he does not turn back and look at her until reaching the surface.  He must put all of his faith into this one instance that Hades is being honorable.  Because Eurydice is just a shade, she is unable to make any noise to communicate with Orpheus.  Charon also knows that he cannot help Orpheus by confirming that his love is behind them.  By the end of his journey back, Orpheus cannot bear the tension any longer and even though he has reached the surface, Eurydice hadn't by the time he turned around.  She gets sucked back into the Underworld, never to return.

Orpheus bemoans his loss for the rest of his days, turning down all other women (who eventually rise up and dismember him).  His head floated to the island of Lesbos, where it remains singing eternally.  Had Orpheus not trifled with death, he would have achieved exactly what he wanted, a reunion with Eurydice in the afterlife.  But, for mocking the power of Hades, he is stuck in his own thoughts and sorrows forever.

The problem with love stories is that it puts a lot of weight on the relationship between two people, making it seem as if it is the most important thing in the world.  And, when you're in love, that's certainly how it feels.  But there will always come a point in which it is time to let go.  Orpheus never reached this conclusion.

The only way to escape the binds of fate is to accept the inevitable.  One cannot worry about that which they have no control over.  Whether it be love, death, or regrettable mistakes of the past, some things are out of your hands entirely.  Only when we acknowledge this are we truly free.
Posted by John H. at 7:50 PM