The Year of the Pig

In 1979, Muppet designer Michael K. Frith had an idea that helped establish the Muppets as a world-wide sensation.  Playing into the notion that Miss Piggy was destined for stardom, Frith and Oz decided to produce a series of calendars that highlighted the fashionable pig.  Personality calendars were not yet an established trend (supermodels and athletes wouldn't become the calendar fodder norm until the '90s), so the Miss Piggy Calendars were a special treat.  From 1980-1984, Frith commissioned five stellar photo shoots for the Muppet star. 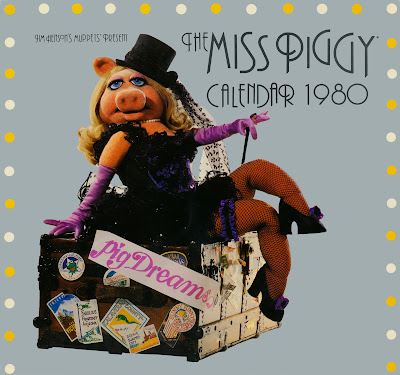 The first established the tone of Miss Piggy being an object of desire, placing her in iconic roles of beautiful women from history, film and art. 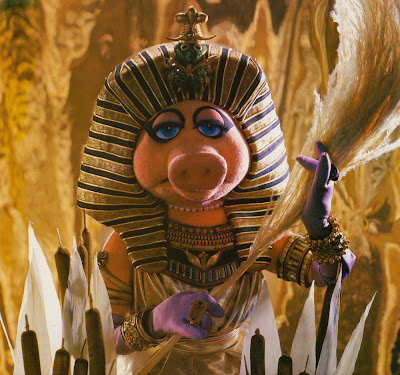 The only consistent theme was "beauty," which was new for the time.  Of course, talking about Miss Piggy as this pristine being is commonplace now, the joke having been hammered into our minds for decades.  But even so, the great photography by Nancy Moran and Donal Holway manages to capture Miss Piggy's softer essence, making these truly beautiful compositions. 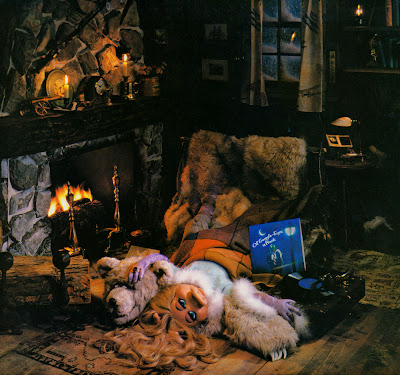 I can't tell if this is seductive, or if Miss Piggy just fell down.

Next came "The Miss Piggy Cover Girl Fantasy Calendar" in 1981, featuring Piggy on a variety of magazine covers, emphasizing how her fame has grown.  Here, her relationship with Kermit comes more into play, with nearly every cover alluding to her love.  Some are obvious, like Modern Bride, while others are ridiculous, like Popular Mechanics. 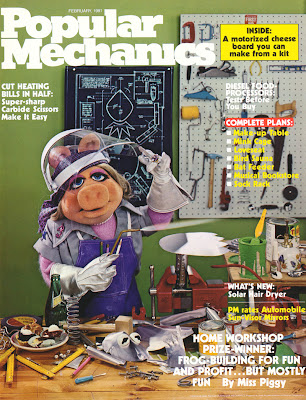 How to Build a Frog That Won't Leave You

But the best are just the remakes of some classic images.  Sometimes, simple is better. 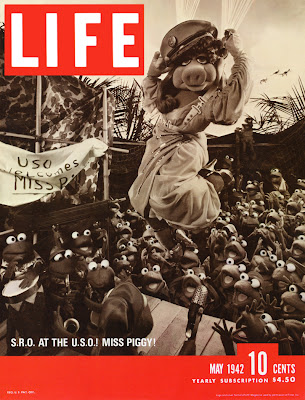 Well, as simple as gathering many frog puppets in one spot can be.

By paying homage to other artists, the calendar maintains a certain elegance and honor to the homages. 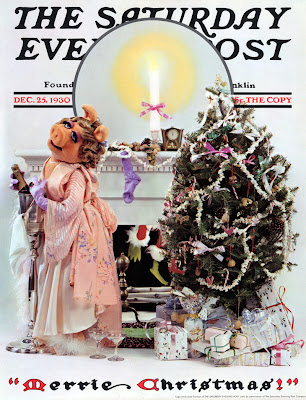 Norman Rockwell and the Muppets:  A Winning Combination

1982 put the pig-frog relationship front and center with "Great Lovers of the Silver Screen."  Taking classic, modern, and obscure films and giving them a Muppet twist is exactly what we've come to expect from the group.  Some movie pairings are obvious (Tarzan and Jane, Rick and Ilsa from Casablance, Superman and Lois Lane) but the greatest images are the ones you wouldn't expect. 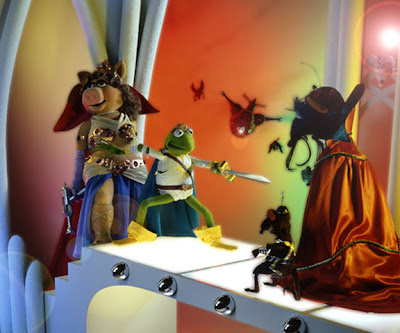 With a giant Rizzo! 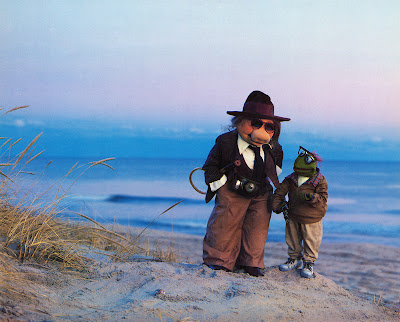 ...and A Midsummer Night's Dream. 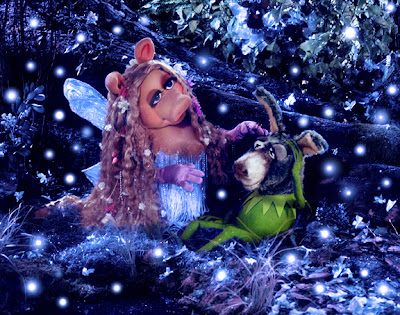 Kermit as Bottom!  This is my favorite.

Things took a turn for the meta in 1984, with "Miss Piggy's Calendar of Calendars."  By this time, the Piggy calendar fad was well-established, as were several other calendar trends from other companies.  So, it was time to spoof the other calendars.  Esquire pin-ups, the Wilderness Society, and Gnomes calendars were each reproduced with Piggy.  One would have to be a real calendar connoisseur to understand all of the references, but there are still some enjoyable images, regardless of the allusions.

Miss Piggy as a Coca-Cola pin-up girl harkens back to some of the earliest fad calendars of the early 20th century. 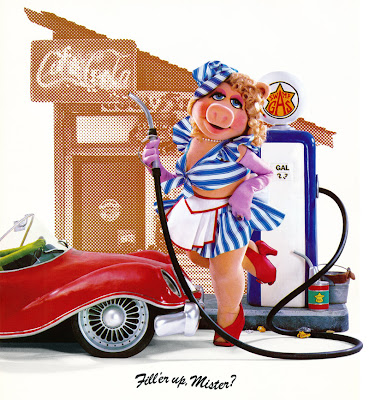 Note how "Coca-Cola" is cleverly disguised to avoid legality issues.

A spoof of Audubon's bird photography makes for an interesting composition. 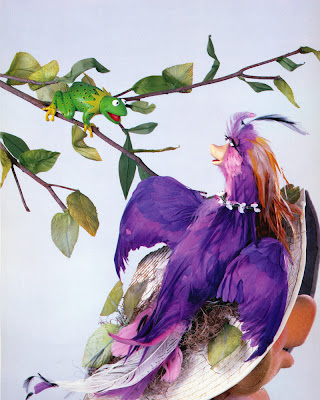 With Kermit the Actual Frog!

And Miss Piggy as "Cochon" the Barbarian recreates the epic quality of fantasy art, for all you nerds. 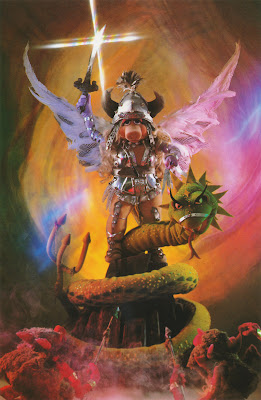 It doesn't get anymore awesome than this.

1984 saw Frith's last calendar, but, we shall save that for tomorrow as it involves much more than Miss Piggy and is quite rich in it's design.  So here is what effectively ended Miss Piggy's career as a calendar girl.  Miss Piggy's faux-celebrity may have gotten out of hand at times.  But it produced some quality art.  Even if it wasn't wholly original.

Originality is overrated.
Posted by John H. at 6:07 PM